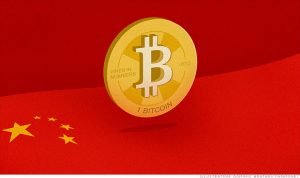 Xi Jinping, in his official role as both the President of the People’s Republic of China and General Secretary of the Communist Party of China, recently made an interesting statement for the crypto domain. He said that the country should seize the opportunity that had been given to it by blockchain tech. This took place during the 18th collective study compiled by the Political Bureau of the Central Committee. According to the document, blockchain tech has a huge number of potential applications in China. These include topics ranging from mass transit and financial business and go all the way to the potential to alleviate poverty.

Expectedly, the crypto community was quick to jump on board and claim that the news once again shows how important this tech is. The sub contest was also that with the technology, its current examples of bitcoin and other cryptocurrencies also get a level of validation. Of course, narratives like these are always a risky undertaking and time and time again they ended up being fueled by hopes, not actual facts. Furthermore, in this case, the statement by Jinping could also showcase something that many in the liberal crypto community would not support by any stretch of the imagination.

Many were taken aback by the level of depth and commitment Xi used when he discussed blockchain. The president stated that the importance of this technology is paramount for his country’s future. In fact it will allow China to attain breakthrough innovation of its core technologies. He said that the country and its technology leaders must clarify the main direction focus on core innovation, increase investment and accelerate the overall development of industrial innovation and blockchain technology. Clearly, the president did not mention blockchain as a side issue but provided an entire statement solely on this technology. Analysts believe that this is the first time Xi made such in-depth observations about blockchain.

The president further said that the country must implement a new set of laws as well as a support network for both existing and future blockchain systems. He also argued that a top-down approach related to implementation regulation and guidance would be the best way forward. The critics of the Beijing government will easily once again find evidence of a totalitarian mindset even when it comes to this top-down approach.

Interestingly enough, the president also said that the testing of the technology should be widespread. The testing should include additional investment in training platforms for any blockchain application and the use of so-called innovation teams. All of this should occur before the actual implementation and the technology access to the wider public.

Xi also noted another big element in his speech which is the creation of a special type of blockchain platform that would be immediately accessible to the wider public. This would be Blockchain Plus or Blokchain+ as the president stated. This would be used as a tool for personal development. In theory, it would be able to cover topics like employment, education, medical safety, food distribution, and many other individual basic needs. The applications would go well beyond bitcoin’s example of a cryptocurrency. In other words, a kind of dashboard for life and this is not anywhere near as strange as it might sound in North America or Europe.

In China, the concept would not only quickly gain traction but would most likely be mandated by the government. If that project reaches maturity fast, there could be hundreds of millions of new blockchain users waiting for it just around the corner. This is very interesting but not from a purely technological perspective. Instead, it potentially hints at another purpose of blockchain use. For many, especially in the Western world, this will likely sound off most alarm bells out of all of the projects.

The critics of the Chinese government likely see a more nefarious reason behind the blockchain interest. This lies in the general desire of the Beijing circles of power to expand their control and oversight of the Chinese population. While the Communist party was never a stranger to totalitarian mechanisms of public control (which often resulted in direct oppression) the same drive recently began to take on a much more tech-based approach. The upheaval in Hong Kong is a good example of this technological evolution.

There, the local police force has been using a range of video capture tools to track and identify opposition members and potentially their leaders as well. Protestors combat these with equally technological solutions, like lasers. In other words, China is no stranger to high-tech means to overview and control of its population. Add to that the concept of social score that recently came to the forefront and the image of a strange, tech-supported totalitarian society emerges.

Here, it is easy to imagine the same social scoring platform being fully moved to the blockchain. Here, social scores would be quickly integrated into Blockchain or the other way around. In that case, the use of blockchain would not be something related to technology savvy individuals, esports players, or anyone like that. It would be a government tool designed to provide an additional layer of oversight.

However, if the totalitarian side of the story is disregarded, there is little doubt that China sees an opportunity to improve its economic potential in this regard. Its president understands really well just like the rest of the government that the growth and development are key to China’s future, especially under its current political system. Here no one, especially the main players like this superpower cannot afford to ignore all of the things that are developed blockchain ecosystem could provide.

That is why the outlook that Xi gave is not just a list of fanciful notions. Instead, it is likely the precursor to a development plan that will soon be in place. In theory, it could allow China to provide a level of service to its citizens and industry that would be unparalleled anywhere else in the world. With that in mind, new developments related to the Chinese national blockchain program are almost certainly inbound in the months and years to come.