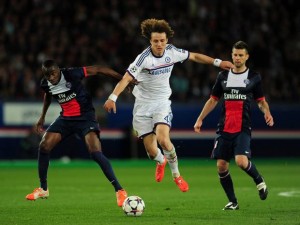 Arsenal finished the 2015/2016 Premier League season in second place in the standings and, as a result, they will represent England in the Champions League group stages. The Gunners face PSG in the “City of Light” in their opener and it remains to be seen if Arsene Wenger’s troops are capable of upsetting les Parisiens.

No Ibra, no problem?

Paris Saint-Germain have been playing below expectations at the start of the new Ligue 1 campaign. Zlatan Ibrahimovic joined Manchester United in the summer transfer window and many people believe that he is going to be sorely missed in the 2016/2017 season. In his absence, Edinson Cavani’s job is to score goals, but the Uruguayan attacker has netted no more than one goal in the national championship so far this season. Les Parisiens head into Tuesday’s Champions League game against Arsenal following a 1-1 draw with Saint Etienne at their Parc des Princes and they are certainly eager to return to winning ways. Both Angeli Di Maria and Edinson Cavani are likely to be recalled to the starting line-up and the duo is likely to pose a big threat for the opposition defenders. PSG are undefeated in previous five home games in the Champions League and it is no surprise they are considered favourites on paper to emerge triumphant in Tuesday’s clash against Arsenal.

The likes of Maxwell, Pastore and Aurier are all out of contention, while aforementioned duo Cavani – Di Maria should be recalled to the starting line-up. Former Real Madrid attacker Jese is likely to drop to the bench.

Arsenal did not kick off the new Premier League campaign in style, with the team suffering a 4-3 loss to Liverpool in the opening match of the season. However, following a goalless draw with Leicester City, the Gunners outplayed the likes of Watford and Southampton in previous two league games. Arsene Wenger signed the likes of Mustafi, Holding, Xhaka and Lucas Perez in the summer transfer window, but Arsenal fans were hoping for more. As things stand now, Alexis Sanchez will play key role in Arsene Wenger’s team this season and, no doubt, all eyes will be on the Chilean superstar when Arsenal face PSG at Parc des Princes in the opening match of their Champions League campaign. Santi Cazorla scored the winner against Southampton at the weekend and the Spanish midfielder will be yet another man to watch in the away side. Anyhow, the Gunners will be more than happy with one point from the match and they are likely to adopt a cautious approach against les Parisiens.

The likes of Per Mertesacker, Gabriel, Danny Welbeck, Aaron Ramsey and Carl Jenkinson all miss the trip to Paris with injury. Perez and Mustafi could make their Arsenal debuts in the Champions League against PSG.

PSG have been having their ups and downs at the start of the season and seeing that Arsenal have been raising their form week by week, I am tempted to put my money on the Premier League outfit this time out. Zlatan Ibrahimovic is no longer part of the Parc des Princes outfit and, taking everything into account, the Gunners are likely to grab something from Tuesday’s Champions League match.

Pick: Arsenal not to lose