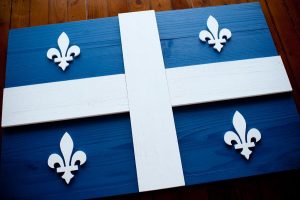 Quebec, Canada has a solid plan even before cryptocurrencies entered the picture. Back in 2016, the city launched a campaign aimed at companies like Amazon, Microsoft, and Facebook, among others. The campaign showcased the advantages of building data centers in this Canadian province.

The pitch stated that the same region provided ample amounts of renewable and cheap energy, complimented with a generally cold weather and a political environment that is more than suitable. Since then, the world of digital services branched out to the domain of cryptocurrencies.

Digital currencies, thanks to their blockchain design, utilize a lot of electric energy and its accessibility and price is often the key point that decided how much money the miners make. But, because the process of mining is basically a standard computer operation, Quebec quickly modified its sales pitch to try to pull in the same industry into their home region.

Now, it looks like the general interest from miners is rocketing as more and more companies look for ways to set up shop there. Also, some companies, including heavy-hitters are already on that trajectory and are building facilities right now. If Quebec really becomes a center for bitcoin and other cryptocurrency mining, what could be the effects of such an unexpected occurrence for the rest of the same ecosystem?

Just days after the company announced it has been building a new branch of its mining operation in Switzerland, the Chinese giant Bitmain Technologies hinted their interest in Quebec. The mining company is undergoing a rapid foreign development process and now the Canadian province is high on their wish list.

As Reuters reported, Bitmain is examining potential sites for mines in Quebec and it has even started talking with the local power authorities. Because of this, most have already concluded that the expansion is a part of their overseas expansion, like the facility it is building in the Crypto Valley in Switzerland.

When that facility had been announced, the company hailed it as the key element of its expansion plans and the world needs more miners. Bitcoin mining operations are entities providing the basis for all of the cryptocurrency procedures. This is why it does not matter if these users are company investor or ordinary citizens who use online BTC betting.

In any case, BTC mines are essential for the network. Now, it seems that Quebec will most likely take a place in those same plans, likely in the immediate future.

While many other tech hubs around the world have been focusing on the development of software creation infrastructure, regardless if these are SaaS or eSports, Quebec took a different approach. Instead of putting the emphasis on programming development, it used its natural advantages to define a setting that would make the province an excellent choice for any server-based operations.

This is mainly due to the fact that the same area has access to electric power sources that are renewable and cost-effective, both for the consumers and the producers. This naturally fits well with the process of mining, which is energy-intensive because of the mathematical operations that are the basis for any token-based digital currency.

Mining rigs provide these procedures, called hashing, while they also emit a lot of heat, being that the processors work on a constantly high temperature. Quebec has a cold climate, but more importantly, it had a long-standing strategy of building hydroelectric dams in the northern regions. This made the same region one of the biggest producers of hydroelectric power on the planet.

This is why Hydroelectric, the local management company, regularly produces amounts close to its 37,000 megawatts capacity. This power, which cannot be used domestically anywhere near that level, is sold to other places. At the same time, its domestic consumers have some of the lowest prices of electric power on the continent.

Also, the province has a price consistency on its side, with direct guarantees that the same figures will not jump overnight. The data shows that the same figures have stayed consisted over decades, more precisely ever since 1963. This would help those who are on the fence about a decision to move or expand operations into Canada to perceive this as a secure investment.

Besides that, the Canadian political systems are one of the most stable in the world, easily outranking the bigger southern neighbor. While this stability might not seem like a big deal, it is just like the price of energy, meaning that it provides a level of commitment and security. Other spots might have its benefits when it comes to low energy costs, like Venezuela, for example, but their level of instability makes the first advantage essentially irrelevant.

The stability allows business entities to craft five-year plans and know that their development, at least when it comes to the outside environment, will develop according to the same roadmap. This combination of prices of energy and political situation is not something many countries can provide, so there is little doubt that Canada has a great sales pitch with Quebec.

Like on cue, the Chinese mining environment, which now houses the majority of bitcoin mines, has become murkier. A few months ago, a leaked document from a regional power supplier showed that there are clear plans about potentially clamping down on bitcoin miners.

Right now, rumors are circulating that the country is planning to withdraw their benefits to miners, which includes cheap electricity and an additional tax deduction for these types of operations. Also, the People’s Bank of China has stated that even more aggressive regulation is needed for the cryptocurrency domain after it already stopped all ICOs and closed down the bitcoin exchanges.

This is all reason enough for Quebec to start looking for locations and buildings that could be used as mines. A lot of their potential partners are asking for big facilities, which the city and the province will have to provide somehow. Yet, when all of the benefits of bringing in the miners are taken into consideration, it is certain that Quebec will gladly provide the funds and the manpower to attain and provide the same facilities.