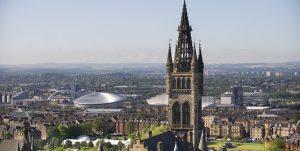 During the course of the previous 100 years or so, humanity came to a point where practically all innovations happen inside of the cities. These locations, regardless of the particular culture or the part of the globe they are located, represent hubs where people come into contact and exchange ideas. Additionally, these meet-ups regular lead to business opportunities and today the same fact remains true.

In about 30 years from now, an estimated 70% of the global population will be residing inside of cities, which is a 50% jump from 1950’s. In absolute numbers, this would mean that the population of urban areas is going to jump from 850 million to an incredible 6.3 billion. In the early 2030’s, there are going to be over 40 megacities, which are urban hubs featuring over 10 million residents, which is an increase of fourfold since the last decade of the 20th century.

With all that power that comes from growth and the accumulated influence, which will sidelines villages and small towns, the current economic model described as one country, one currency could show itself to be outdated. Because of this, there are projections that point out to the possibility of cities breaking off their exclusive connection to a national currency and go for the establishment of their own and unique digital money.

The idea of labeling nations as developed, developing or underdeveloped is widely accepted, but there are those who argue that it is completely wrong. Instead, every place on the globe could be described either as dynamic or passive. The everyday examples show how this works – in rich nations, many parts could appear developing or even underdeveloped. The same goes in the other direction where nations labeled as poor could have huge and bustling areas.

For example, Detroit is located in the heartland of the US but still is exceedingly poor from the start of the 21st century. Another example would be the city of London which is thriving, while the rest of the UK is struggling or downright falling apart.

In Italy, Milan is a prosperous city, but its surroundings have not fared so well. But, could places like these, especially those orienting around a big city hub, benefit greatly from the use of a local digital currency.

While it is taken for granted in the modern world, the idea of one country, one currency is not at all that old. Around 300 years ago, the process of English and French centralization lead to the formulation of this idea. At the end of the 19th century, the US had different banknotes that were traded related to the reputation of the same bank in that particular region.

Today, there is the same kind of dilemma going on with the Euro. Does it, like the US currency more than 100 years ago, provide more benefit or disadvantages with its monetary centralization process. While it includes a powerful array of advantages, it also comes with a drawback of dictating the needs of every place inside of a country. However, digital currency like bitcoin which many uses for things like online betting and much more, do not come with these constraints.

That is why there is currently a renewal of the city-based currency that was developed in the 1970’s by Jane Jacobs, a Canadian economist. According to her, with a centralized currency, a single city rises while more often than not, others stagnate and fail to develop at its pace. The basic idea of a city-based currency is its dynamic nature – when the city exports are falling, the currency declines.

When the other process is ongoing and the city’s exports prosper, the currency begins to rise. In other words, the city and its currency are in an active and mutually impacting state, which benefits both. Right now, places like Hong Kong and Singapore work on a similar pattern, planning policies in response to the performance of its currencies.

The key factor about this city is the fact that its economy was dependent almost solely on the automotive industry. As it started to flounder and drop in its competitiveness with other markets, its exports dropped but it did not get the monetary feedback to change its course.

While this was happening, the US dollar was still strong, so the buying power of the populous remained high as well as the complacency of the city officials. If Detroit had its own currency, the officials would feel the pinch first as the currency began to drop in value.

With this, they would receive clear signs that something needs to change. Today, in the age of mobile devices, eSports, constant connectedness and many other wonders of the IT, many other officials are still in the dark. A mechanism of this type would stop the same from happening.

The First City to Change

According to Pavel Bains, CEO and co-founder of blockchain development company Bluzelle, Glasgow in Scotland will be the first big city to start using its own currency. This city failed to attain any benefit from the strong British pound, unlike, for example, the city of London. The same city came very close to a full recession two years ago, has less growth and high unemployment for the rest of the UK.

Additionally, the tidal wave of Brexit also possesses a threat to the future growth of Scotland and a big chance for loss of trade, a slowdown of investment and overall worsening of the financial landscape. The demand for Scotland’s products was already on a downward trajectory and the Brexit just made it even worse. Equally worrying, imports are rising, showing towards a scenario where even bigger problems are about to come.

But, Glasgow has the right size of its region of influence and its population, along with a great track record of government, academia, and businesses working together towards a common goal. Just recently, this synergy managed to secure a city deal worth over £1.1 billion. The same unity could do wonders when it comes to pushing and establishing a city currency that would allow it to become one of the key places for this type of ventures in the world, if not the trailblazer itself.