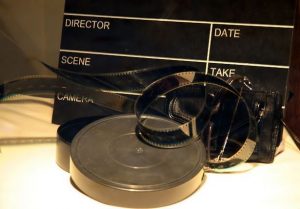 The film industry potential is extraordinary. Since the domain became a huge field of business more than a century ago, people continue to flock to see these works of art and often, make those who create them incredibly wealthy. Ever since the late 1930’s, the most prominent members of the movie industry, first in the US and then gradually all over the world became highest paid artists on the planet. Even popular painters and novelists, the top money making machines in the art world up to that point, started quickly to disappear from the lists of the biggest earners when it comes to artisans.

Today, the movie industry is as powerful as it ever was. For some, including the already mentioned US, but many other nations, it is an important factor in their overall GDP. These success stories are very diverse. For example, India has its Bollywood juggernaut that makes more than a thousand movies a year, mostly producing a profit from the domestic audience. Nigeria, with its booming population, is served by a $3 billion dollar movie industry.

Smaller nations can make big profits from cinematography as well and New Zealand is the perfect example. Thanks to a handful of people like Sam Neil and Peter Jackson, this country today employs a large number of people in the movie-related business sector, ranging from location management to special effects companies.

But, the diversification of the consumer landscape resulted in a global marketplace that is more complex than ever, even though the potential payouts have risen substantially. 30 years ago, only the big studios stood a chance of making it big, while today, having a dedicated group of friends, a YouTube channel, and a standard digital camera means that anyone can, in theory, create a feature-length film that brings a profit. Unfortunately, the viewership dynamic has also shifted toward TV/Internet shows or towards gaming products that took a slice out of the traditional movie spending.

In reality, these and many more facts of the modern age are the reasons why profit remains elusive for the movie industry. In fact, it remains so elusive that studios of every kind feel the pinch of the same changing landscape. However, BitCoin and its system of digital currency could provide the industry with a completely new method of financing and producing films.

For almost a decade, crowdfunding provided a platform that anyone could use to develop a budget for their project. Kickstarter and Indiegogo, as the dominant companies, funded a huge range of movies, from art-house cinema to thoroughbred Hollywood productions.

Today, the power of the crowdfunding platforms is veining, mostly because the same diversification that impacts everything else. This phenomenon is seen in many domains of popular digital ventures, like E-Sports, social networks and much more: a single idea has to evolve or gradually disappear.

Today, a movie with a budget of several hundred thousand dollars would struggle to reach its goal unless it had a substantial star power behind it. But, if it did have this, the entire crowdfunding process would be redundant because, like it was the case with the famous and controversial Veronica Mars film, the money would be available through regular financial pipelines.

For an unknown film, getting anything over $50,000 can end up being an impossible mission even if the company behind the crowdfunding project has everything set up perfectly. Simply, the audience has become somewhat tired (because of a multitude of reasons) to become excited about one project after another.

Without the same energy that fueled so many older campaigns, most modern crowdfunding projects simply choose flexible funding option that will bring them in some money and a bit of exposure. Aside from this, a few organizations can hope to attain serious financial means for their motion picture.

But, if the BitCoin is brought into the equation, a new paradigm can be developed on the basis of the crowdfunding mechanism. In this alternative, the fuel that will drive the participants in the campaign would not be a chance to get an early screening of the film of a T-shirt with the movie character. It would be a direct profit of the same project once it is completed.

The process of funding films with BTC would look something like this: an individual finds a film they like and which, in their view, stands a chance of earning money. This monetization could come from a range of sources like online ads, sponsorship, product placement, VOD revenue or some other means that is directly connected to the film being shown to different audiences. The same individual would opt-in with an amount of BTC of their choosing that they desire to invest into the project.

The entire process lasts until the funds are obtained for the film to enter the production phase. If the sum of BitCoin is not attained, the film is scrapped and the BTC goes back to the funders like it does in the contemporary crowdfunding process. If it reaches its goal, the funders immediately become investors and together, they own a part of the film.

When the production is complete, the film starts to generate money according to the predefined plan. Immediately, the investors and the production organization begin to share the profits using a formula that was established at the beginning.

This way, the money begins to flow as soon as the film reached its completion and began distribution. The same process does not have an expiration date and like traditional movies, it pays out its producers as long as it is generating any money, even minuscule amounts.

The advantages and possibilities offered by BitCoin as essential for this process. Like betting online using BitCoin, this digital currency comes with small or no transfer fees and the amounts exchanged between digital wallets can be incredibly small.

This way, the money flow from the movie that is earning a profit to the investors can be setup easily, without a huge accounting department or any other similar resource. With a lean distribution of profit, many potential investors, even those who desire to place a small amount of money into the film would be enticed to try their hand as film producers. This it has a huge appeal to the global population, where countless millions of movie fans would love to get this opportunity.

By thinking out of the box and utilizing the power of BitCoin, the process of financing films in the movie industry of tomorrow could become more vibrant and successful than ever.