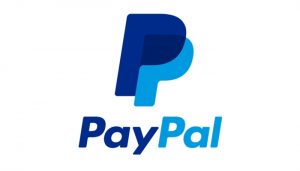 One of the biggest names in the domain of fintech, Paypal, along with its partner payment-sharing company Venmo, is rumored to be rolling out direct sales of digital currencies. This feature, if the rumors are true, would be provided to all of their 325 million users, at least according to the industry insiders. Interestingly, the company is already closely linked to platforms like Coinbase, where this service can already be used to withdraw funds from crypto transactions.

However, the support for direct transactions and conversions inside of these platforms would be an industry-first in terms of scale. An insider with the knowledge of the company dealings in PayPal recently said for CoinDesk that the process will involve direct buying and selling of crypto from inside both this platform and Venmo. Furthermore, these will also have a built-in digital wallet functionality, so users will be able to store their crypto funds right there as well.

Presently, the crypto prices are already in ascendance, most likely on the coattails of this development. However, analysts are, like always, cautious to make a direct connection, especially in the light of all of the changes and turbulence of 2020. But, there is no doubt that even in this form of a rumor with multiple sources, the development is more than a big one for the crypto community.

Another source close to the subject said that the development is well and truly underway. According to that information, PayPal will be rolling out the functionality in the next three months. Chances are that the service could decide to do it even sooner. As for liquidity, the company will be working with a range of exchanges. This is also expected as no single platform would be able to guarantee access to crypto funds for a potential market of many millions of users. Among these are, of course, Coinbase, which already has a solid relationship with PayPal, but also Bitstamp, a Luxembourg-based company.

However, the San Francisco crypto giant is the first to be content without any doubt. Their relationships began in 2016 and it was followed in 2018 by offering US customers instant withdrawals to their PayPal accounts. In 2019, the same was provided to users in the EU and the European Free Trade zone, along with Canada as the last bit addition. Thanks to this, it is realistic to expect PayPal to set up something well before the end of 2020 – naturally, if the mentioned rumors are factually correct. Yet, the number of sources and the seriousness with which cryptocurrency media approached the story shows that there is smoke here and in all likelihood, fire as well.

The notion of adding crypto trading is not a complete novelty for any big fintech company, including PayPal. The time of esports, social media information hegemony and many other digital endeavors with billions of users makes crypto a natural addition to any economic and financial ecosystem catering to the always-connected customer. Also, the companies that have added cryptocurrencies to their offer are more than clearly making money from it. Cash App, for example, added bitcoin purchases in 2018. Now, in its last report, the company showed that it made 306 million USD in bitcoin revenue alone. Revolut, based in London, also began providing crypto services in 2017. It began working with Bittamp as well. Robinhood, which recently saw a boom in the process of equities day trading, began offering crypto in 2018. So, the presence of crypto in fintech is nothing new and clearly has a well-established market. This market in turn provides a solid revenue stream. For PayPal and especially Venmo, with its over 52 million users, the opportunity is an elephant in the room – likely, no longer ignorable.

There is also an additional piece of information pointing towards the possibility of crypto finding its way to these platforms – hiring push that PayPal undertook. With the start of the year, it began ramping up its blockchain research team. This included the hiring of specialized engineers in Singapore and San Jose. Also, PayPal was interested in Facebook’s Libra project in 2019, but that came to a crashing halt in a matter of months. However, there is little doubt that the company sees an opportunity there that is not going away.

Instead, the potential is presently surely being developed in-house, even if PayPal does not come up with a crypto solution in 2020. The potential that the company has in the blockchain domain – which is a lot older than the recent hiring push – makes it a logical path forward. The same will be true in 2021 as much as it is this year, especially because of the economic turbulence brought about by the COVID-19 coronavirus pandemic that will not go away in three months.

There is an absolute certainty that the crypto community will see any kind of PayPal movement of this type as a huge endorsement. The prices of cryptocurrency- not just the price of BTC, but all other major ones and even altcoins – will shoot up on any confirmed news that something is happening. This will include a speculation period about which digital currencies will be included first and which ones will come next. Also, the trading prices will rise instantly as well, with many hoping that the announcement would be enough to kick off a new bull run. This kind of outlook is understandable.

Presently, there is a big craving for any good news that would be able to push BTC and then everything else towards the upper parts of the price fluctuation space. In other words, moving the bitcoin price steadily over 10,000 USD. Also, there is the interesting notion that the inclusion of crypto into the Venmo and PayPal systems would be a step of institution adoption without any actual huge adoption from entities like JPMorgan or Goldman Sachs. This year showed that bitcoin does not actually need that institutional adoption, but the PayPal movement would be a way for the crypto domain to both have their cake and eat it.