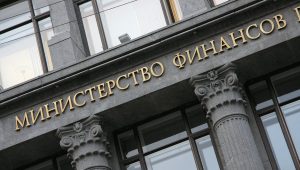 The Russian Federation made another move that is thrilling the bitcoin community. After an apparent U-turn on the digital currency, the country has decided to push back and delay any potential regulation of this and other cryptocurrencies. The information comes from a very high-ranking official: Alexei Moiseev is the Russian Deputy Finance Minister declared that the measure could be instated no sooner than the fall of 2017, meaning almost a year from this point.

At the same time, to make matters even more interesting Moiseev said that there could be other possible delays in the introduction of the bill, which would surely push the laws even further into the 2018 and beyond. Even though the statement was provided as a short response inside of a long Q&A session in London which was not even focused on bitcoin, its significance cannot be overstated.

The statement, which could be shrugged off as semi-relevant and not really indicative of the relationship between the Russian government and the cryptocurrencies their citizens use is in fact very important. For the first time, an official can come out and said that the development of the laws designed to be a firewall against cryptocurrencies misuses has been delayed. The future implications of the same event are even more poignant.

It is widely known that the different branches of government, including the financial agencies themselves, are at odds inside of Russia when it comes to using legislation to curb the influence of digital money. At one point in 2015, the legislation was developed to determine a specific cryptocurrency as “money surrogates” who could be used inside of the nation. But, at the same time, the legislation advancement stopped before some of its element could be defined as beneficial factors for the growth of the FinTech domain in the country.

But, the split followed a lot deeper divided that branched out of the hallways of governmental power and into the business domain. Here, for example, the Russian central bank showed a clear desire to start testing out the potential of the blockchain technology. Being that the same tech, especially its distributed ledger potential will almost certainly usher in a new age of financial dealings, a national bank like Russia’s definitely cannot stay on the sidelines.

Because of this, the central bank began trying to find applications for the blockchain, bringing onboard companies from the private sector. Even though this was not strictly a digital currency application, it was still a clear message to the political establishment that the total rejection of all forms of blockchain applications will simply not work. Now, there is almost a certainty that the Russian government recognized the same signals.

The trend that was started with the Russia’s central bank was continued by other active participants as well. In the fall of 2016, Sberbank, Aeroflot and other businesses that operate from Russia on a global scale also expressed their active interest in the blockchain, this time in a process that would store and check documents in the nation that is otherwise riddled with corruption.

As a huge center of both learning and financial dealings that bridge the West and the East, there is no doubt that the continuing development of the blockchain application in Russia will persist. As this takes place, many are wondering why is the country forced to stay out of the bitcoin business which is also becoming more and more lucrative.

In the nation, plenty of people use BTC to bet online and do a range of other end-use bitcoin-based possibilities. But, they are still faced with the prospect that their activities, no matter if they are in the domain of small business owners and operators, or simple private users, might become illegal overnight.

A Global Change in Financial Climate

Since Russian started working on the law to regulate cryptocurrencies, a lot has changed on the global level. In the starting years of the second decade of the 21st century, Russia was seen to be on the back foot, especially with the revolution in the Ukraine and the fall of the pro-Moscow government. At that point, it would be easy to image the always-cautious (even paranoid) factions in Kremlin would see BTC as a potential way of bringing funds into the nation in an unregulated manner.

Naturally, the same funds would be, in the minds of the government agencies, used against Moscow and put in place to subvert its influence, if not to directly stir up social discontent. But, since then, the tables have turned completely. By influencing the situation in Ukraine to the point of annexing Crimea, Russian became a lot more confident in its dealings.

Today, the same nation is calling the shots in Syria, dominating as a shadowy eminence over a splintered eastern EU and preparing itself for the new and much friendlier US presidents. All this shows that things are looking up for the country and without the pressure and fear of the previous years, bitcoin accessibility is also improving.

The IT potential of Russia was always impressive, even in the years after the collapse of the Soviet Union. The same was achieved by a long tradition of training top-tier engineers in every domain of natural science and information technology fit snugly into the same constellation.

Now, with the access to the internet, Russia is one of the main IT players of the world, but like always, the country is trying to develop its potential that cannot be counted into soft-power approach category, not counting things like eSports. But, with the significant zone of primary influence in both parts of Europe, but more importantly Asia, Russian-made blockchain solutions would have an instant appear across a marketplace counting several hundred million. This would ensure its cultural dominance continues to be on the rise, but also provide the country and its citizens who work on this project with a clear financial gain.

While this trend was apparent even before, now it is crystal clear that Russia is willing to place its bets inside of the blockchain and bitcoin domain. As the legislation becomes pushed back, the new Russian blockchain solution will soon undoubtedly emerge.