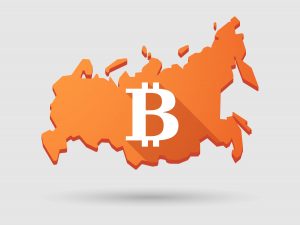 In the previous two years, a range of news came out of the Russian Federation regarding many topics. Most of them have been geopolitical in nature and usually associated with either foreign conflicts like the ones in Ukraine and Syria, or domestic issues connected with the fall of the ruble and the EU-imposed sanctions.

The same stream of news paints a grim picture, which Russia often labels as western propaganda and tries to counter it with his own pro-Kremlin news sources. Now, as tensions rise around the recently annexed Crimean peninsula, there is a piece of news that does not fit into the previously mentioned narrative.

It appears that the Russian authorities have decided to decrease the pressure on the use of BitCoin and other blockchain currencies in the country and revert some legal framework with the same purpose. This is great news for anyone who is using BitCoin inside of Russia as a developer or as an end-user who simply wants to bet online, purchase items or anything similar. But, at the same time, many are trying to figure out what could this decision mean for the wider BitCoin community and does it somehow fit into the Russian course that is plotted by President Putin.

According to the reports from Moscow, the authorities in Russia have decided to practically abandon their efforts to create harsh penalties for anyone who uses BitCoin inside of the nation. The story came out from the Interfax news agency which attained it through the official representatives working in the nation’s financial sector. According to their report, the central bank of the Russian federation, the Ministry of Finance and other government bureaus were all supportive of abandoning heavy legal penalties for BitCoin users.

Now, representatives of all these institutions are working on a report that will showcase their alternative ideas. That report, when it is completed, should be then presented to the President of Russia who will have the final say. The document, if all goes according to plan, would be completed shortly and the presentation should take place before the end of this year.

However, the news report is based on unofficial sources which are legitimate, but the official go-ahead for the process was still not given. Having in mind what is the MO of the Russian state is, this could easily be stopped in its tracks long before it comes anywhere near Putin. But, if the report is proven true, it would signal the end of a two-year period where the financial sector, mainly the Ministry of Finance, actively looked for means of penalizing those who use BitCoin. The severity of the proposed penalties ranged from administrative fines and went to the domain of hard labor penalties.

In fact, the outlines from 2014 and 2015 have proposed that those who use and own digital currencies face fines that reach the sum of $25,000. At the same time, it proposed that anyone who distributes any form of monetary digital assets could face the punishment of correctional labor. Now, however, the same course has been either halted or, what looks like a more likely alternative, changed completely.

The report indicates that the decision came about after a meeting that took place between officials from different bureaus. Its conclusion pointed out that it is necessary to further analyze the use of virtual currencies and assess the risks of using them. Here, the Russian officials were mainly concerned with the potential of using digital currency for criminal purposes.

But, only once the new body of data has been completed, the proposed measures could be once again assessed as well, at what time the conclusion could be made about the fate of digital currencies in Russia. Now, it looks like the digital currencies have been “pardoned” by the national financial institutions.

Pundits have pointed out that this news suggests that the biggest change occurred in the Ministry of Finance, which was previously the most aggressive party when it comes to the legislative push for penalties. Now, a deputy finance minister had even said that the cryptocurrencies could attain a status of foreign currency.

At the same time, it is clear that the domestic IT domain started to show a much larger interest in blockchain technology. There is little doubt that the two are tightly connected and that their synergy brought about change this summer.

A Complex Time for Russia

Russia is currently going through the biggest reimagining of itself since the fall of the Soviet Union. A nation that was seen as riddled with economic difficulties and diminishing power just a decade ago somehow transformed itself into a huge unknown. Since the moment when Putin decided to reassert its nation’s foreign reach, several things have taken place that are hard to grasp.

Firstly, the sanctions which were placed on the country failed to change anything. Instead, it looks like they managed to further shut down Russia from the rest of the EU financial domain, escalating the chances for new conflicts which are becoming less and less “expensive” for Moscow. At the same time, the military officials are nervous about Russia’s rising capacity to fight a range of different conflicts.

Here, the nightmare scenario for NATO is the hybrid conflict that Russia is waging in Eastern Ukraine with incredible effectiveness. Through a combination of news manipulation, use of covert or special forces, and offensive digital assets, Putin was able to create a unique brand of his own military engagement.

Like NATO recognized as well, blockchain tech could be an important tool in the fighting ecosystems of the future and Russia would be foolish to stay out of it. Equally important is having access to BitCoin and other digital currencies from a developer standpoint could also be used as a tool in the near future, especially when the cyber warfare capacities of the Russian federation are taken into consideration.

Like with E-Sports and other digital endeavors, those who lag behind often simply fall out of the competition. Modern Russian state simply cannot afford to fall out in any shape or form.

All of this could be attained clandestinely, but this would automatically limit the pool of talent that would be available to the state. By going easy on the cryptocurrency the state attains a double benefit. Firstly, it allows its private sector to grow and develop, competing for blockchain solution like the rest of the world. Secondly, it offers the state a chance to get in-depth knowledge of the BitCoin and other digital assets in terms of vulnerabilities, which is something that the current administration would definitely care about.