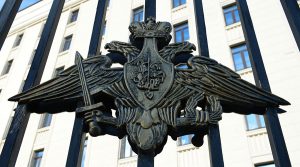 Russia is continuing to build its reputation as one of the most mysterious global economies when it comes to its current and future relationship with the digital currency. Recently, one of the country’s officials stated that the chance of the Russian Federation recognizing bitcoin as legal tender in the country is so low that it is simply non-existent. The statement surely does not come as a big shock to anyone who has followed the situation in Russia related to digital currencies that are already available.

But, at the same time, the level of contradiction, along with the cloak and dagger approach is still fascinating for a country of this size and impact on the world stage. Now, like almost always, anyone who really wants to understand what this could mean has to peel off layers of information and then add them to previous data. Only with that course can some resemblance of truth be found in the methodology and concepts that Moscow is using when dealing with the idea of digital currency.

Minister of Communications and Mass Media

The statement related to bitcoin this time has not arrived from financial officials or economic experts employed by the government. Instead, it came from a highly-positioned government official, who at least in theory, has little or nothing to do with digital currency.

Nikolai Nikiforov, who is the Russian minister of communications and mass media, stated that his country will not even consider legalizing digital currencies, including bitcoin. The news was covered by TASS, the state-owned service and in it, he clearly said that bitcoin or any other current digital currency that employs blockchain tech represents a foreign project.

As such, Russia will never be able to provide it a status of a legal entity inside of the jurisdiction of the federation. At the same time, Nikiforov was willing to say that there is a big possibility that Russia will use blockchain for its own digital tokens but also applications of this technology. The minister did not specify in which areas the same technology would be applied or even hinted at the domain of potential use.

The main reason why this minister provided the same statement comes from the fact that the same organization recently drafted a document on the issue of cryptocurrency technology. In it, the interest for the same tech was underlined as phenomena in Russia. It added that the country has a range of individuals and organizations who are interested in a foreign speculative instrument.

Nikiforov noted that this instrument should be created in-house by the Russian government, saying that it is not possible to achieve much through the use of restriction in the current economic environment. Russia, like many other nations, is deeply involved in many different online ventures, but also other economic domains that are only emerging, like eSports for example. Having an instrument for investments that do not fall into the trap of just upgrading regular system would be a great asset both to the Russian government but also its citizens.

These comments have been made only a short while after the statement from May 2017, where the Communication Ministry revealed that it is developing legislation for specific blockchain regulation. These should be completed in the next two years, showing that the government might have a negative opinion bitcoin and other digital currency, but not the tech itself.

Here, the notion of the Russian government taking a tough stance on digital currency, but an open mind about blockchain tech seems logical. After all, it would not be the only superpower who believes that blockchain can do a lot of great things under the right circumstance.

The problem with Russia is that over the past period, several senior officials in Russian agencies have said openly and publicly that they support bitcoin as a means of trading and monetary transfers. These include figures at the Russian central bank who stated that the ICOs are a potential means of driving funding for startups.

At the same time, just a short while ago, another senior official had a similar statement but this time related to the tourism industry in the country. The main figure of the Russia’s Federal Agency for Tourism said that the blockchain could provide the same industry with a way to transform itself. Here, it is not too clear if this meant current digital technologies or those that would be domestically developed inside of Russia.

The Mindset of Paralleled Information

The current setup in Russia is very similar to a phenomenon in psychology related to children’s upbringing. Here, it states that parents can be tough or they can be lenient with their children, but in each case, the kids stand to have similar life’s opportunities. The problem is with the families where parents are both tough and lenient at the same time, placing a child in a state of constant confusion.

Some similar pattern can be seen here when it comes to digital currency. On one hand, Russia is sending positive signals about the blockchain, the technology that allows bitcoin betting in equal measure as it allows university research. On the other hand, it is more than eager to show how it would be ready and able to crack down on anyone who is somehow exploiting this tech inside of Russia outside of the zone of government approval.

By providing this double standard in which nothing is certain, Russia is keeping in line with its general policy of staying unknowable. The same is to a degree practiced by China, but as the much larger cryptomarket, it also has a lot more to lose by being national about digital currency.

Today, it cannot be said that Russia is completely dismissive about cryptocurrency, but it also cannot be said what is exactly its position on them. This form of an economic course that has two opposite directions has been practiced by its governing bodies for several years now, and the latest statement is simply a continuation of the same trend.