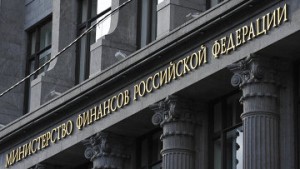 The Russian Federation is a country that has recently taken up the central stage in the international news. Since the start of the hostility in Eastern Ukraine and its military intervention in Syria, Russia’s role in these important conflict zones has produced huge diplomatic and economic flashpoint with its Western European counterparts, especially Germany, which gradually led to a tit-for-tat exchange of sanctions.

The same process, along with the instability of the oil prices, resulted in the decline of the Russian economy and weakening of the ruble.

During this time, the Ministry of Finance of the Russian Federation was kept busy with the process of trying to stabilize the national currency and reassure potential investors that the country is still one of the most important economies of the world. At the same time, the same government organization continued to enforce an adamant but also unclear position about BitCoin and other cryptocurrencies.

For several years, the BitCoin community tried to gauge the future of this digital currency in one of the biggest markets in the world. This uncertainty about Russia’s real stance on the issue was enforced by the Finance Ministry saying that there is no room in the country for any other currency that is not the government-issued traditional money.

As recently as the fourth quarter of 2015, Alexey Moiseev, the deputy finance minister, declared that there was a law in the making that would not only make BitCoin illegal but charge people who are trading and providing conversion with a 4-year prison sentence. Of course, a hardline stance toward cryptocurrencies is nothing new and several countries presented themselves in a similar fashion. But, the strange thing about Russia is the fact that it is interested in blockchain technology.

That is why Moiseev, during the same statement, explained that his country is interested in blockchain tech, especially when it comes to the development of different Internet-based services, including e-commerce. This contradictory approach continues to baffle experts and keeps the BitCoin community guessing what the Russian Federation actually wants.

Currently, the Finance Ministry at least perceives BitCoin as a danger to the banking system and its potential to, according to them, wreak havoc if implemented directly into the transaction system of the real economy. Expectedly, the claim of the possible connection of BitCoin with money laundering and financing terrorism was also cited as one of the dangers, even though the connection between the digital currency and illegal activities remains vague in Russia as it is everywhere else in the world.

But, the criminalization of BitCoin transactions still seems like a draconian measure that is definitely going to put the jitters in any organization that desires to develop any form or capacity of BitCoin trading. Paradoxically, Russian tech companies that are looking to develop products and services based on the blockchain system are free to do so.

In fact, it can be even said that Russia is actively supporting these home-grown businesses that employ blockchain technologies. Understanding this type of situation might seem impossible, but several facts can somewhat explain the situation and help all who are interested in understanding the Russian digital domain, including cryptocurrencies.

As a global player, the Russian Federation represents a real giant in almost all fields, but especially in the geopolitical domain and financial arena. For its administration, similar to any other global superpower, the two are tightly interconnected. The current administration, led by the President Vladimir Putin, is primarily focused on the domestic scene, even when it makes international moves. As it is often underlined, almost all decisions are produced with the local population in mind and a similar trend can be seen when it comes to the issue of BitCoin.

In the climate of instability and high volatility of the banking sector, the Finance Ministry needs to be seen as an institution which defends the local interests first and foremost. This is why the dramatic threat of imprisoning all who exchange the ruble and BitCoin is most likely all posture and no substance. Russia, like any other large country, has many thousands of digital wallets and people engage regularly in transactions using this cryptocurrency, like betting online using only BitCoin.

Pursuing some of all of them would be almost impossible because of the anonymous nature of BitCoin and the law penalizing use of digital currencies would impact mostly businesses that desire to enter this expanding global field. With an emerging recession that is hitting the country harder and harder, Russia cannot risk alienating any form of business venture, including those from the cryptocurrency field. Here is where the warmer attitude towards blockchain comes in.

Blockchain Will Grow in Russia

As the core technology, the Russian authorities can hope to create their own platforms for e-commerce and other ventures, but attain a level of control and oversight embedded in their basic structure. While no Russian official has made this desire publicly, the nature of the modern Russian state and the intent of its president to control media and other elements of the society present a very recognizable trend.

At the same time, Russia has a large population of IT experts and professionals, which can be seen in all IT aspects, including the extraordinarily high popularity of the Electronic Sports in the country. These individuals, organized in local companies and businesses, have all the knowledge and experience to develop domestic blockchain solutions.

With a population of over 140 million people and many more millions in their zone of cultural and economic influence (mainly the former USSR countries), the user base is potentially huge. Creating domestic solutions in the domain of cryptocurrency would generate a significant profit while it would remain in the reach of the local law enforcement and political influences.

A Mix of Safety and Profit

It is clear that Russia is determined to keep its current political system as safe as possible from any external influence, including BitCoin. But, with the need to expand its economic outlook, Russia cannot disregard the potential of blockchain technology and what it can do for its population.

This is why it is embracing one cryptocurrency aspects (blockchain) and stopping its logical continuation (BitCoin) or even criminalizing it. This means that BitCoin is not likely going to become illegal in Russia, but businesses that desire to use it as a base of their operation will most likely have a hard time. But, in the same country, basing a business on blockchain tech (like a startup) is a wide open field, as long as it is built from scratch.