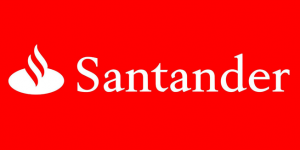 The blockchain is developing at a staggering rate and the latest news from Spain showcases perfectly this idea. Santander, a banking giant from the country is creating a project that is determined to find out how they can digitalize customer funds using an ethereum blockchain that is public. This news was shared on a panel talk at Devcon2 by Roman Mandeleil, who is the founder of Ether.camp and a Java client developer, while representatives of Santander confirmed this.

In a joint statement, they said that their goal is to open funds that will be issued by the bank to a community, mainly comprised of innovators. This way, the bank wants to provide additional efficiencies to the existing process of financial transactions. Because of the recent numerous presentation of blockchain proof-of-concepts and also announcements by different consortiums, the decision of Santander is still one of the most novel projects.

With it, they plan to issue digital currency to their users via a live public blockchain, which is by no means a small ambition. The ethereum network, which has been online for over a year, has so far accumulated over $1 billion with a growing 40,000 individual transactions each day.

Mandeleil explained that the project by Santander desires to allow the customers the liberty to convert their cash for existing traditional bank accounts into an online currency in a token form called Cash ETH, which would be later on redeemable for any standard paper currency. In short, this is a full integration of the blockchain in the current financial system, where it would be, essentially recognized as another currency.

The notion of Cash ETH seems familiar, but Mandeleil provided an additional explanation. He said that these tokens will be backed by the presence of real money deposited in Santander. But, these can also be converted back to US dollars or any other currency at any time. In a demonstration that was also provided, he presented how a customer could use the same prototype to create digital money that will be then used at an online merchant. The tokens would also be accessible using a mnemonic passcode which is being called a brain wallet.

At the same time, representatives from the bank indicated that their institution is now looking to work with Ether.camp on the task of drawing in other partners from the banking domain into the project. For this, they are planning to run hackathons that would completely focus on the creation of uses revolving around micropayments. This is completely logical because established blockchains like bitcoin already successfully use these for things like small-scale online betting using BTC or even new publisher streams of revenue.

In essence, the entire project wants to create a path for the banks to open up their basic offerings from traditional accounts to new ideas and novel transaction services. Also, Mandeleil explained that the project is an integral part of his startup’s goal of focusing on the use of blockchain as a way of providing benefits to both consumers and banks. Instead of being a revolution, he and his team are aiming for an evolution. Now, any potential live trial would be a big leap in creating a connection between a public blockchain and a financial firm that is publicly traded, in this case, a bank.

As the same development continues, he trusts that the regulators will notice that this is going in a manner which is not threatening anyone. On the contrary, it should provide more opportunities for growth and less spending by the consumers.

The Token System in Action

The system was presented in a way where a customer of Santander would be offered three options similar to traditional bank account features. These would include tokenizing, refund and transfer. When the users tokenize their cash, the system will allow payments that go as low as $0.01 with small charges that will be added to Santander’s profit basing on what the customer uses the transfer for.

There was an example where funds worth $350 were withdrawn to an account on a test ethereum blockchain, where $1 went to gas payments, which are used to execute network transactions. With the payment of the gas up front, the customer is allotted a defined number of preset transactions which they can then execute, but which can always be increased by an additional payment.

Mandeleil believes that all of this will make the Santander tokens or digital dollars an alternative to the current global use of PayPal. An additional presentation showed a prototype that will use tokenized funds for a payment located on The New York Times demo website. Users could also exchange digital money with anyone else which could then redeem it at Santander. With this process, the bank could significantly add to its user and account holder base.

Questions on the Road Ahead

Mandeleil said that the first project started to take shape more than half a year ago when the bank approached their Ether.camp team and provided them with this idea. Now, the development is truly under way but still a lot of work is in front of them. If the bank gets the regulatory green light for the move to the next phase, the challenges of potential fast growth will have to be addressed.

Lacking the infrastructure to accommodate this growth by seamlessly scaling up could provide Santander with a lot of problems. Like in eSports, the parties have to account for the possibility of a lighting growth of the user base; those who do not end up going under.

For example, Mandeleil told the media that problems for Santander could appear because of the broad number of financial institutions and banks that issue their one digital money. This could bring many settlement issues and problems with interoperability. But, blockchain offers ways even now how this could be avoided or a valid workaround found. He said that current cryptocurrency conversion tools could be potential solutions for this issue.

As for future development, Santander and Ether.camp are actively trying to engage more banks and draw them into the project, which they compare to the project called Universal Settlement Coin lead by UBS, with Santander also onboard.

As for the legal framework, which is essential for the future phases, Santander representatives said that it is currently being developed. Knowing that they might be needed, the bank’s legal experts are exploring whether or not they should go for additional licensure to make sure that there are no regulatory problems.