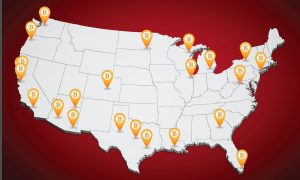 There is no need to underline the wholesome drop in all kinds of confidence in governments around the world in 2020. In the year that saw the outbreak of the global pandemic, many government systems have been placed under extreme pressure to say the least. The healthcare setups were first in this environment, but not the only ones to be impacted. The longest and deepest impact will undoubtedly be on the financial systems of individual nations, but also the world as a whole.

This will include years of financial heartache and a level of insecurity that will almost certainly dwarf the Financial Crisis of 2008. In that kind of world, it is no wonder that citizens are not only worried but also hesitant to continue with the business as usual approach.

Now, being that this is 2020 and the concept of money evolved in the previous decade, often in a drastic manner, people can showcase their disillusionment with the traditional system directly. Today, it appears that this is coming in the form of cryptocurrency purchases, but which are made directly with the stimulus payments the governments provide to their citizens. This does not only add insult to injury but possibly shows that there is a major and silent rethinking of the entire way people deal with their financial outlook in times of crisis.

If anyone is looking for confidence in the economy of the US, there is probably no better showcase than instances of people taking their stimulus checks and turning them into digital currencies. This is actually happening with some of the money that the Federal Reserve issued recently to the US citizens. During the previous week, the government sent about 80 million stimulus checks. Each of them was exactly 1,200 USD.

The payment was deposited directly to the bank accounts of citizens and its purpose is to provide individuals and families some extra cash. This money is intended to help those who are affected by the coronavirus pandemic and potentially saw them or their loved ones lose their jobs. Ideally, as the US government sees it, the money should go to utility bills or buying essential goods like food. However, it seems that a number of citizens, instead of using the money at brick and mortar stores or even an online retailer, are now swapping the same USD for cryptocurrency.

It might sound like a far-fetched idea to think that anyone can say with certainty who is using what money for what purposes. After all, any transfer of USD to crypto could or couldn’t have come from the fiscal stimulus check. However, Coinbase found a way to reach an approximation of those numbers by a relatively simple process. They simply examined the number of deposits and buys that are worth 1,200 USD. Until the middle of April, the platform saw about 0.1 percent of all deposits and buys valued at this sum. However, since the stimulus check came out, the same number us up to 0.4 percent.

It was around this time that the US citizens saw their stimulus checks arriving at their bank accounts. Naturally, there is no way to tell which of these deposits were from the stimulus and which were regular payments that just happen to be this exact sum. Furthermore, some of these were only deposits that did not take the form of cryptocurrencies instantly. Instead, they are still at the accounts in the USD form. Also, some of these deposits did not come from the US.

Whatever might be the case with Coinbase observation, there is a clear trend showing that the users are ready to invest their money. Despite the crushing unemployment rate in the US, most people are still employed and working on jobs that provide them with paychecks.

Some of that money is heading over to investments on services like Coinbase instead of being spent on consumer goods or standing bills. This story has been echoed by platforms like Binance. Its US representatives confirmed that they too saw a spike of deposits worth 1,200 USD. According to them, the same also coincides with the deposits that Coinbase noted.

Some might see these deposits as a form of careless gambling people are undertaking on the side. Following that narrative, this would be akin to, for example, esports players who are not in a dire need of cash suddenly get 1,200 USD and then immediately funnel it into cryptocurrencies, believing that they are either going to lose all of that or strike gold eventually. However, the reality also props up the other narrative, which is that people are fearful of the present economic system.

Just yesterday, the price of crude oil in the US reached negative territory for the first time in history. This means that producers were willing to pay companies to take the oil from their storage facilities that are full near their total capacity. The same event is without precedent and it takes place in a pandemic that too is unique and never before seen in the global arena. It would be completely normal to see people as scared and worried, but also facing a choice. Yes, they got and will continue to get money from the government, including the US. That money can then stay by their side, get used or get invested.

A substantial part – at least what analysts would otherwise expect – is deciding to invest that same cash and do it in the crypto domain. Yes, the price of bitcoin, just like other cryptocurrencies went down recently along with the stock market and other traditional assets. But, it remains an entity that is not tied directly to any government. Now, that seems to be a big plus for a growing number of individuals not just in the US, but elsewhere as well. Their spending patterns might point to a very difficult period to come.