Opinion South Korea and the Plan for Closing down Cryptocurrency Exchanges 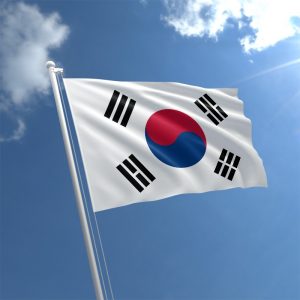 The entire crypto market has been recently shaking violently and with a strong downward trajectory thanks to news from South Korea. One of the biggest engines of the growth of digital currency in the previous year, the Asian nation came to the forefront after a particularly unnerving news.

The same news detailed a plan of the South Korean government to stop the country’s digital currency exchanges from operating. This came directly from the Justice Minister who stated that the government is preparing legislation that would allow for the closure of online exchanges.

The reason stated for this decision was the boom in the prices of practically all leading digital currencies and led to more and more individuals and institutions to start fearing a potential crash. Of course, all of this came in spite of the fact that any such “crash” already occurred several times in the general digital currency ecosystem.

This information came along with the news that the tax authorities are putting at least some exchanges under investigation. Naturally, as expected, the news quickly mutated into information that all Korean exchanges will be shut down immensely.

This, in turn, produced a small tide of panic selling, which brought down the prices of most cryptocurrencies. Yet, what is the real state of the crypto market inside of the country and what could happen to it in the coming months?

The proposal that appeared did not take long to draw a lot of pushback from all corners, including parts of the government itself. This is why the president’s office put out a statement saying that no decision has been finalized so far and that more time is needed for this to happen.

Expectedly, the traders and the supporters of cryptocurrencies in the country also stood up to show their objections to the proposal. The best representation of this is seen in a range of petitions circulating in South Korea.

There is one on the Korean president’s site which has over 4,000 signatures, while another is asking for the Minister of Justice to step down. This managed to attract over 30,000 signatures. Finally, there is also a third petition against the proposal which gathered over 100,000 signatures.

The atmosphere is very charged because the news brought down the prices of cryptocurrencies so a number of users unexpectedly found themselves losing money. Stories like this can be seen through the petition documents, but also social media in the country.

A Need for Dialogue

Out of all the pushback, a single theme emerges as the dominant narrative – the ecosystem of the digital currency exchanges is demanding that the movement enters into a dialogue with the industry. Even those in the country who are supportive of having safeguards for digital currency trading think that any unilateral decision is ultimately harmful to everyone involved.

This appears to be the most rational approach for most of those relevant to the field. Essentially, in all political and economic decisions made on the top governmental level, a dialogue is the best way to go. It practically allows the government to show it went through the whole range of expected motions, while at the same time, the opposition can show it managed to modify the proposals.

Here as well, such a dialogue would be the best way forward especially if the move manages to calm down the markets. That way, the government would be able to get the regulatory environment it is looking for while also keep one of the fastest growing industries in this already technologically advanced nation where things like eSports first got their big break.

The news from the Minister of Justice did not come as a complete surprise to those who have followed the domestic South Korean news. Here, it was known that the government stated several times that it wants to create regulation that would impact the speculation and the volatility levels related to cryptocurrency trading.

The first regulatory move came as an action directed not towards the cryptocurrency exchanges, but the banks working with them in the country. The new guidelines were defined and then on January 8, the regulators visited six domestic banks to ensure that the new regulation was being adhered to.

The new rules covered, among other things, strict identification rules for anyone trading in the digital currency domain. Yet, this made some banks simply stop working with digital currency exchanges instead of modifying their already defined business practices.

That is the reason why Shinhan Bank, the country’s biggest bank decided to close down all virtual currency accounts so that it does not breach any new rules. According to them, the process of trading digital tokens became a complex social issue, so the bank decided that staying in this sector would be against its long-term interest.

South Korea is one of the big three nations in Asia when it comes to digital currencies. China has the biggest mining potential, Japan was the first major country to begin using bitcoin for a range of purposes, including investment, online BTC betting and almost everything in between. Yet, their smaller neighbor is also a very important market for practically all cryptocurrencies.

South Korea provides a 2% of the entire global economy, so its digital currency exchanges were always seen as exceedingly important. A few of the 2017 price rallies came directly because of the Korean dynamic and the same trend could keep going in the future years if it is not artificially curbed.

On one hand, the government’s desire to provide the country with stronger regulation related to digital currency trading is completely understandable. The same process is currently being undertaken by pretty much every other big country in the world, including those in Asia.

However, if the trading becomes unfeasible because of the regulation and most participants simply decide to cut their losses, the damage could be significant. Ironically, the same damage would be most evident on the South Korean economy because the crypto markets would correct themselves sooner or later, with our without this nation.