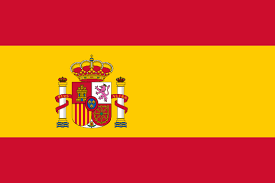 Spain’s tax authority has recently sent out requests for information about its cryptocurrency users. The request which is asking for names and bank accounts has been sent out to banks, cryptocurrency exchanges and other crypto companies working in Spain.

Naturally, the news got many rattled about the possible large-scale crackdown and potentially taxation process for the same users. As this takes place, others are wondering what purpose this will serve the government in Madrid and the citizens of the country.

With these issues, it is no wonder that the crypto community in Spain is anxiously waiting to see what will take place. Here are the implications of the data requests and the potential scenarios how the subsequent moves by the tax authority could play out in the coming months.

The type of information that is being sought is a very telling element. At the first glance, it is some very basic data about the users – even creating a regular bank account demands a lot more information. However, in spite of the innocent-looking request, there is little doubt that this is the groundwork for something in the future.

The more cynical in the crypto community will quickly label this as a precursor to the regulatory crackdown on the same ecosystem. Others might feel that the government is trying to figure out which individuals have which stake in what cryptocurrencies. This could be the starting point for a future taxation scheme that would target the wealthy investors.

More positive views from the crypto community point to the possibility of Spain simply seeking to better understand its crypto market from the perspective of the end users. This could also be a test for the providers of crypto services and an examination of its actual user numbers. From an economic standpoint, that makes perfect sense being that this process could be the first step towards state-organized support for similar ventures.

This is even more meaningful when Spain’s current economic position is evaluated. In its current state, the Mediterranean country would certainly need any new economic force. This is especially relevant to all digital ventures, no matter if they come from the eSports domain, crypto development or anything similar that asks for low infrastructure investment and has a huge ROI potential. Yet, the recent messages coming from the government in Madrid point to a different likelihood.

Some weeks earlier in March of 2018, the government issued a document about cryptocurrencies. In it, it stated its perceived dangers about the same marketplace and its potential threats to the citizens of Spain. While this is completely expected from a country like this, mainly because other nations did the same in recent months, Spain added a very unnerving segment.

In the document, it linked digital currencies with criminal ventures, stating them as one of the means that the criminal utilizes for money transfers. Sadly, this shows that the PR battle of the crypto world is still ongoing and failing to produce meaningful results on a global scale.

The government in Madrid is pushing this talking point most likely out of self-interest than actual ill-informedness. In fact, the idea that a government of a major EU member really believes that the problem with cryptocurrencies is its association with criminal activities is really disheartening. Instead, it is more likely that the government is trying to simply win popular support for any regulation and taxation plan it has already defined.

In 2018, claiming that cryptocurrencies are used by criminals is definitely bad news for the entire community. This concept is both outdated and harmful because it propagates the old stereotype of bitcoin and other digital currencies being simply the tools of the scammers and other bad actors in the marketplace.

However, the currency of choice for most criminals remains the US dollar and there is nothing pointing to the possibility of this changing anytime soon. While it is true that many criminal ventures do use cryptocurrency and some like WannaCry are global phenomena, this has as much to do with crypto developers as narco cartels have with the US government which is responsible for the dollar.

Revenue Through Taxation no Development

An unnerving possibility is that the Madrid government really does need some extra cash and that they believe it can be found in the crypto investor community. The same way of thinking could also encompass crypto companies and that the whole current inquiry is checked if the domain is worth the effort.

While there are not many of those in the crypto domain who would deny the need to somehow tax crypto ventures, most are against ill-informed and drastic taxation raids. Right now, there is no solid indication that Madrid is preparing for something like this, but the tea leaves definitely offer this as a possibility.

In that case, the data request will end up as a simple survey of the potential in the crypto space in Spain. If the results show a lucrative field that has so far missed out any major taxation procedures, the government would likely decide to change that. Naturally, the investors would feel the pinch of that decision, but so would the markets. It is most likely they would plunge and create the opening for the fear to spread from the question will other nations do the same?

Low Hopes for a Different Approach

Most are designed to perceive the same current situation in Spain through a negative prism. If the recent events in Catalonia are a good reference, the government in Madrid has no problem with a heavy-handed approach. It should be presumed that the same would be true in this case.

The community of developers and investors in Spain can only prepare for the possibility of the regulatory crackdown and even a taxation drive. The same will definitely hurt their portfolios and the markets to boot.

Naturally, all of this might not happen and the data inquiry was simply an overview of the country’s crypto community. Still, it is certain that only negative and irrelevant options can come from the query results, while some positive development as the third option is certainly out of the question.