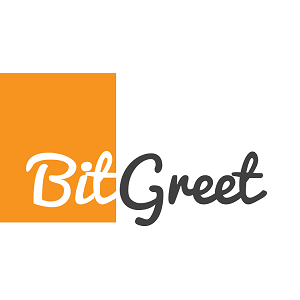 The Christmas holiday season is arguably the most important event in the shopping calendar, especially for retailers that focus on the broad markets and the general public. During this time period, shoppers are more inclined to be generous to both themselves and others, which is later clearly shown in the result charts of retail companies.

Naturally, this spike in consumption is also, to a degree, felt by any currency in the world, including BitCoin.

As this cryptocurrency is looking to expand its appeal, it is completely understandable why many companies are somehow trying to tap into the same market, not only as providers of services but also as business entities that were there from the early onset of the BitCoin expansion. Of course, BitCoin already attained an important position in some domains of the general public consumption, like for example, online betting that is a lot more effective using the same digital currency.

But, the domain of the general retail area, worth billions of dollars globally, remained something that simply felt out of reach for BitCoin. Until recently, it appears that many all BitCoin companies, including the big players that deal in BitCoin-related business, had a blind spot for the Christmas holiday season.

A company called BitGreet appears to have a different idea. The arrival of BitGreet happened almost a year ago, on Christmas 2014. Now, it looks like that the same service really found a smart and mysteriously overlooked niche that is great for a growth of this small-scale BitCoin venture. At the same time, this venture is good news for the global state of BitCoin and its spreading inside of the general public.

A Greeting with a bit of Free BitCoin

The concept of the BitGreet Company is simple – it provides its users with the ability to send letters and e-cards with BitCoins attached with them. The same service is provided commission-free and it began operating around the 24th of December 2014. Today, the company claims it delivered over 1,000 e-cards with a varying amount of BTC on each of these.

The same service is a part of the CoinCorner, which is a BTC exchange operating from the Isle of Man. According to Daniel Scott, its co-founder, the entire idea came when he and his team were thinking about how they could increase the BitCoin adoption one afternoon. It just happened to be that the same afternoon was near Christmas and the office was in festive spirits.

As the random ideas merged, the notion of the e-card for Christmas with BitCoin attached was born. Now, the same system appears to be gaining traction and it is only a matter of time before it begins to cover other occasions in a lot bigger scope, and not just focus on the Christmas holiday.

Using the BitGreet card is designed in a way so that the entire process is exceedingly easy and will not turn away people who are not familiar with the detailed workings of the same cryptocurrency. Firstly, the users browse and pick one of the e-card designs on the company’s website.

Here, they enter the receiving party’s email and choose how much BTC they want to send to them. When this is complete, the sender sees a specially designed checkout page, like those seen on CoinBase or BitPay, providing the amount of BTC they have a deposit to an address belonging to CoinCorner.

But, the users do not need to be CoinCorner users (other services could be used as well) and they do not have to upload any sensitive data about their identity. Once the blockchain confirms the transfer, the receiving party gets an email that is sending them to the page where the e-card is located. From here, they can move the BitCoins they received to any wallet they chose.

Claiming the BitCoins Back and other Issues

Using a so-called “clawback” system, BitGreet provides a method how any sender can retrieve the BTC they mistakenly sent to someone. This is provided in the shape of a link that can be used to retrieve the BitCoins sent out as long as the receiving party did not move them to their digital wallet.

Additionally, some are calling out the issue regarding the funneling of the BitCoins through the CoinCorner system, meaning that the funds are nestled on the CoinCorner address on which they will remain once the sender sent out the e-card but it was not accepted (claimed) by the receiving party.

Scott explained this is necessary because the receiving party might not have a digital wallet yet. But, he also downplayed any possibility of misuse, claiming that the CoinCorner has more than 25,000 registered users and two years of fair business dealings.

The Spirit of the Season

The smart idea behind the BitGreet that is so crucial for the BitCoin community is a high possibility that the recipients of these e-cards are individuals who never used any digital currency. In fact, getting an e-card like this could be the best way to introduce the same individuals to BitCoin without having to invest any money of their own.

This makes them much more likely to spend it, but not before they create their first wallet and see how the entire process functions in practice. For example, a person who is into video games might use the funds from the e-card to place a bet on their favorite E-Sports. Others might use it in the retail sector and learn for themselves that the same process is not complicated or cumbersome.

These first-hand experiences are essential for creating brand new BitCoin users and rooting out the misconceptions about how the process works. In theory, this can happen without the e-card, but the same element is a great catalyst from two different vantage points.

Firstly, the receiver of the gift will feel bad to simply ignore it, which is why most of them will make an effort to create their digital wallet and claim the funds. Secondly, the same amount of BTC is free money, which is always first in line for spending, especially when people get swept into the spirit of the season. Using BitGreet, the same spirit can now enforce BitCoin retail use all over the world, one e-card at the time.