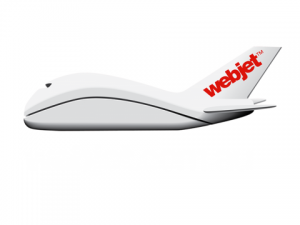 The number of potential uses for the blockchain technology is both very large and very diverse. With its ability to distribute data across a network of individual’s nodes, the same system is able to act as a virtual ledger where information is both easily shared and kept authentic.

Now, a company in Australia is determined to expand the potential playing field for blockchain with the introduction of a booking-focused application of this tech. The company’s name is Webjet and it is already an established organization in the world of tourism. Now, using a partnership with Microsoft, the company is planning to develop a proof-of-concept application which merges blockchain and hotel booking.

The idea is interesting and while it might sound as an odd-one-out in the FinTech domain that is primarily developing blockchain, it could make a lot of sense to its users. In fact, with it, the first adopter company like Webjet could be able to carve out a very lucrative slice of the future business in the hospitality industry. Here are the key facts about the same project and the reasons why it is important outside of the narrow tourism field.

In the heart of the development side of the story is Microsoft’s Azure, a blockchain platform that was made for the R&D in the same tech domain, but also practical applications. When it first started, the platform was promoted as a tool that could help anyone develop their blockchain solution regardless of the scale of the project or its intended use. Now, Webjet has successfully taken on the same challenge with their work on an application that is, at least in this form, the first one of its kind.

Webjet describes its platform for hotel booking as something that is used to create shared, trustworthy and independent document. The same documents would be presumably created by hotels and then shared with their customers and others who might need them.

The company also revealed that it is testing the solution in a live environment, taking place over several services that Webjet operates. The company is also looking for an opportunity to expand further in 2017 when the actual workings of the platform have been fully tested.

However, being that the same trials began only six months ago, it may be the case that the company wants to broaden its services while at the same time they go on with experimenting with the current platform build. This approach would not take away from the solution while it would also keep it safe from overly ambitious expectations.

The blockchain and bitcoin communities are keeping an eye out on this project because the company has a previous relationship with cryptocurrency. Since early 2015, it has been accepting BTC as a payment option, while at the same time it is a public company that is being traded on ASX (Australian Securities Exchange). Thanks to it, people can now use bitcoin when it comes to their travel arrangments, adding new options to a list that already covers betting online, taking out loans and doing much more.

This gives Webjet a very impressive background for a project in the blockchain domain. While Azure represents a stable and proven platform for their development, the business side of the story also showcases a seriousness about them which indicates a promising project.

By being a very reputable and developed company which is also open to new technology, Webjet is looking more and more like a great emerging partner in the blockchain world. Because of this, it will have no problem in finding new collaborators for the platform development and new partners for broadening their scope of services. The quality of the offer they bring about to the table makes them a very sought-after type of entity in the blockchain development ecosystem.

The executives in the company, in the meantime, said that they are focused on growing the scope of their blockchain pilot. John Guscic, who is a managing director for Webjet, said that facilitating bookings that take place in the travel industry could be an additional source of business for the company.

Blockchain technology could allow them to enter that field, but also resolve the issues that are located outside of the industry itself. This was underlined by Azure representatives who said that some
parts and elements of this project could be used in other domains.

The business relationship of this setup is unclear, but there is no doubt that both Webjet and Microsoft will profit from it, no matter who it might end up looking once the project is completed. By having in mind what are the current needs for working blockchains solutions outside of the FinTech domain, there is a certainty that the partnership could easily sell any valuable application they might develop along the way.

In many ways, the tourism industry was one of those fields that were always ready to embrace new technology. This could be partially explained by the idea that at the core of this industry lays the need and the ability to travel. As the main generator of advances that enhance this ability, technology was mostly readily accepted by the travel professionals.

Today, with things like home office jobs, low-cost carriers shifting to transcontinental flights and many other elements that are increasingly connecting the world with more ease than ever before, the travel industry is on the rise. Now, professionals like eSports players and freelancers can literally work and live from any place that has broadband internet.

While more and more people set off to travel in models that are part relocation, part prolonged holiday, the travel industry is looking for ways to further capitalize on the same movement. Blockchain is the ideal tool for this because it provides a set of advantages – effectiveness and user involvement most of all. Because of this, other companies in the accommodation and travel domain, like the giant AirBnB, are also set to go after blockchain and its individual uses.

For the end user, all of this is good news because it infuses flexibility and security in the process without taking anything out of it. As the companies compete and collaborate to find better solutions for the same domain, the users will find that traveling and all that comes with it is becoming less and less obnoxious.