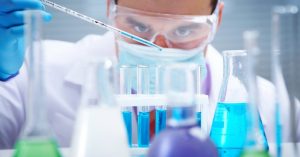 When the bitcoin digital currency is discussed, the notion of the financial domain is the first thing that comes to mind. In this space, BTC is seen as the most relevant phenomena, a concept that easily transcends the regular traditional currencies and allows people to bet online using incredibly small amounts, purchase goods and services without a banking account or utilize transactions that are free of any fees.

The second layer that might come up that is related to bitcoin is its technical side; as a blockchain-based network, it is probably the first major manifestation of this important future technology. As blockchain begins to seep into more and more domains of everyday life, the fact remains that it was the first one which really provided the power of this tech to the entire world.

Aside from the mentioned tech and financial element to it, bitcoin is rarely connected with some other field. However, a single area that is exceedingly important could utilize this cryptocurrency to great effect. This area is the field of research, regardless of what actual domain of science or technology it is taking place in.

Here are the key reasons why BTC could prove to be a very important game-changer and a potential element in the research project that could change nature of this process for the better.

Humanity is currently in an age where the scientific development attained never before seen pacing. The same process began with the second industrial revolution when the electrification gave way to the development of the communication technologies. They, starting with the first mass electronic media, the radio, offered for the first time in history, a chance of information spread and sharing on a global scale.

While before, throughout the centuries, many individuals and organizations were able to achieve incredible research results and on their own attain stunning scientific discoveries, informational technologies allowed this to become a planet-wide endeavor. In this informational environment, the crucial data easily cross from one location to the next, regardless of the physical distance it has to travel.

Once the age of radio had been established, the process only moved up when it comes to speed and volume. In the current online age, it reached unprecedented levels of growth with data crossing paths on almost any conceivable relation. This is a golden age for any scientific research, spanning practically every field of technology and even theoretical science.

But, in spite of this tectonic change in the way information is accessed and shared, the financial method of supplying research with the needed requirements did not change that much. In other words, any research still needs to be sponsored by an entity that it willing to lose the same funds in the case the research fails.

Today, there is a range of methods how the same money is acquired, but most of them include either governments or huge multinational corporations. Both sources of funding come with a range of internal problems, making the research more difficult and complicated.

As the result, less of it is produced and more people are forced to wait or abandon their research goals. Through this, everyone loses in the long-term. Bitcoin could hold the key how this can be not only resolved, but how the entire process of research funding could be changed so that it no longer leaves so many scientists and researchers in unwanted financial relationships.

The key notion in this process would be to take out the middleman of the research funding cycle today, which is the oversight bodies, committees and other organizations which act as the gatekeepers between the researchers and the funds that are allocated for R&D by governments, companies or other ventures. While these gatekeepers are needed for a regular process of finite monetary potential that can be allocated to the research project, the same problem disappears when it becomes a question of research being funded by the general public.

In this case, the potential monetary potential is infinite, just like it is when it comes to the crowdfunding process. And by being backed up by bitcoin, it will become a lot more simplified for the fund providers and fund receivers. Today, the crowdfunding process is tied into the regular banking system, which often takes time to produce the actual funds to those who earned them through the projects.

Bitcoin, on the other hand, does not have to burden itself with any lag time and delays – the allocated funds by an individual funder would be available to the researcher immediately at their full value, without anyone cutting into the same sum of money.

Naturally, this transition would not be that easy. Often, the problem of bitcoin is the need for a network infrastructure, but in this case, everything needed is already available. From the tech side, the only thing that would have to happen is to make the crowdfunding front-end platforms, which would be the Indiegogo or Kickstarter parallels, only designed to support individual science projects. Their support could come as a one-off financial deal for a continued funding over a prolonged period, similar to Patreon.

But, these platforms are today used mostly for things like consumer products, both from a physical and digital domain. Most crowdfunding campaigns active right now are connected to the domains like video games and eSports, movies and TV shows, niche manufacturing, and other similar things.

A scientific crowdfunding would demand that the researchers enter the field of marketing and tailor their projects to the interests of the public. For some, this would equal to scientific blasphemy, but something practically identical is already taking place in the industrial setting, where scientists work on designated areas that are of use to the companies that finance them.

The same principles would apply here as well, only, this time, the interested party would be the wider public. By catering to the public needs while keeping hold of their original topics, any scientific research would be able to work on the desired field and be funded through a bitcoin-based crowdfunding process.

While this system would definitely be able to function, its potential is limited. Like crowdfunding in general, those projects that could get millions in bitcoin could also get the same money directly from investors (in this case, governments or companies). Other less ambitious or overtly relevant projects would end up with a lot less while many would end up with nothing.

Instead of making sure that the crowdfunding enables big projects, the process would mostly suit small research team which cannot otherwise get the funds they need. With a system like this, bitcoin funds they do acquire could allow them to explore the domain they are interested in. As an entry point, this could prove invaluable to the scientific community and be one of those catalysts of change that could transform the same field inside a single generation.