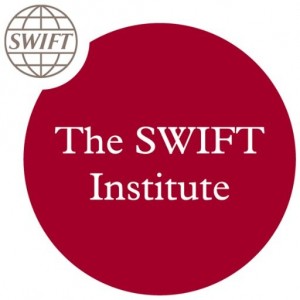 According to a report published by the SWIFT Institute, the European Union (EU) is several years away from any meaningful implementation of a consistent and stable framework that would usher in cryptocurrency regulation.

Even though millions of BitCoin and other blockchain digital currencies users are living within the borders of the EU and many companies from the same geographical location are doing business in this field, it seems that any wider regulation is not on the horizon.

Here is an overview of the current issues facing cryptocurrencies in the EU legal framework, but also the underlining problems of the union when it comes to innovation in the domain of the IT technologies.

The report recognizes the absence of arguments that would suggest including the same currencies into the current frameworks use by the EU, mainly the PSD2 (Revised Directive on Payment Services) and AMLD4 (Fourth European anti-money laundering directive). The same fact is underlined by the PSD2 which was adopted by the EU just last month (October of 2015).

In this legislation, a set of measures regulating consumer protection in the domain of online payments is enforced by the supposed desire to promote the development of innovation in the domain of mobile and online payments. Yet, at the same time, the EU legislators chose to ignore, for example, currencies like BitCoin, which is even now used by hundreds of thousands of individual EU citizens to pay for all sorts of activity, from online shopping to betting using this cryptocurrency.

Another legislative development that will slow down the growth of the cryptocurrency in the EU zone is the AMLD4, which was created following the suggestions made by the FATF (Financial Action Task Force) in 2012 on topics of money laundering and counter-terrorist financing laws. But, in the last three years, many ideas about cryptocurrency have been proven false or simply not based on facts. This can be seen in national reports produced by individual countries in the EU, like the HM Treasury report in the UK, which deemed digital currencies a low risk when it comes to money laundering and financing of terrorist activities.

SWIFT reports argues that the multipurpose prepaid cards have lost the initiative to the network-based money services (which are becoming ever more similar to full payment services), the original intent of this e-money framework lost a lot of its relevance. Instead, the report argues that a change of focus towards the virtual currencies could revive this notion and broaden the framework to include cryptocurrencies and other developments in the domain.

The SWIFT Institute, a part of the SWIFT organization, is more than relevant to make these kinds of reports because it began exploring the domain of BitCoin and blockchain technology in July 2014. Since then, it has taken up the responsibility of trying to offer recommendations to both practitioners of cryptocurrency and its potential regulators. But, when it comes to the EU, the SWIFT Institute recommendations might fall on deaf ears for some time to come. Here are the reasons for the reluctance of European legislators to apply advances in digital technology with more vigor and initiative.

The Union of Slow Hesitancy

In the domain of IT technology, the European Union represents a somewhat odd phenomenon. As a market of almost 500 million people, all of which live in developed countries, it is one of the biggest global attractions for all kinds of tech markets.

For example, E-Sports are a big attraction in the EU just like they are in the North America and Asia, showing that the individuals have accepted the digital domain both professionally and personally. Among the same population, more than half live in the G20 nations, representing the richest and most educated citizens of the world, which should point to a segment of the market that would be both exceptionally open to all kinds of advancements. It should also be at the forefront of developing the same IT technologies.

But, in spite of the access to the most advanced IT infrastructure on the planet that is only comparable to Japan and South Korea, EU does not bolster the same capacities as the United States. Across the EU, the number of technological startups is dwarfed by those in the US, but also those in the Far East countries. This is why the EU countries have not developed a single company that can be described as a digital giant comparable to those from the US, managing to miss both recent waves of IT expansion – the search engine revolution of the late 1990’s and the rise of social networks in the middle of the 2000’s.

While US companies still dominate the playing field, the EU does not have a single huge company in the same domain. A similar trend is seen when it comes to the venture capital invested in IT business, where the EU, even though bigger in terms of population, has several times smaller amount of invested money than the US. There are many reasons for this phenomenon, including tough NDA agreements which make the EU workforce a lot less flexible when it comes to changing companies (which is of a huge importance for the IT sector), but also a national legislative strain that makes the EU laws segmented in many ways. All this makes the push for an EU legislation that will recognize BitCoin or other virtual currencies a lot less likely.

The Need for an International Approach and Cooperation

The SWIFT Institute report showcases the way stakeholders in the United States approached the regulation of virtual currencies. It shows that in the US, the financial regulators are already begun taking serious efforts to cover some aspects of virtual currency services to the legislative fold. These efforts mainly concentrate on virtual currency exchanges which are now regulated by the broad framework used for traditional business which deals in money services.

Another similarity is the way the federal system in the US works – these laws were created at the federal level, but now are slowly going to the local state legislature. Thanks to it, the state New York recently introduced the BitLicense legislature, while California is currently on the same path. This approach could be emulated by the EU completely, where the laws could go from broad union regulations to the national laws.

Currently, it seems that the EU legislators will have to learn from the US colleagues if they wish to stop history from repeating itself and avoid a scenario where the European countries will be left behind in the ongoing cryptocurrency revolution.