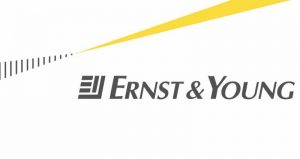 Switzerland has always been a nation that takes its finances seriously. This is reflected in the fact that the Swiss Confederacy represents one of the most advanced societies on the planet, which easily take the number one spot in a range of domains, including organizational juggernauts like healthcare.

But, the financial mindfulness of the nation is more well-known in its banking sector, but also other domains of the financial industry. This is why Swiss banks have become a staple of stability and quality, including in those periods when the rest of the world has been falling apart at the seams.

Today, it is hard to accurately gauge the exact levels of stability (or instability) in the world, but there is a certainty that regardless of the circumstances, the Swiss plow on with their development, which has not immersed itself in the FinTech arena. The latest news from this part of the world shows that the integration of new technologies is now covering the domain of bitcoin.

The firm by the name of Ernst & Young is a professional tax and accounting services provider that operates on a global scale. Starting with the next year, the company will begin accepting payments in bitcoin, or simply put treating it as any other payment mechanism that is valid for their organization.

The change will commence in January 2017 where Ernst & Young will accept invoice payments that define bitcoin as their currency. Additionally, the company will set up a BTC ATM in their official office space in the city of Zurich and provide their employees with the option of opening their own dedicated digital wallets.

This news was met with a lot of approval in the realm of bitcoin development and applications. While today plenty of people use the digital currency to go shopping, bet online or do a countless range of other things, the Ernst & Young decision is also very important.

Since the launch of the bitcoin network, the same digital currency mostly attracted two types of interested parties. First were the end users who simply wanted the benefits of using this form of payment option, which comes equipped with things like anonymity and exceedingly low transferee fees. The other group were the developers who wanted to figure out how they can fit in the emerging marketplace.

While both allowed the bitcoin to grow, at the same time, an almost non-existent number of established businesses wanted to join the network. This showed a detachment from a big part of the business ecosystem which the bitcoin had to overcome to be successful.

At first, the results were dismally bad, with companies readily rejecting the possibility of entering into a form of partnership with bitcoin or at least providing some informal support to the development process. However, with the passage of time and the continual survival of the bitcoin project, the tide started to change.

Today, companies are openly or behind closed doors figuring out how bitcoin can be integrated into their financial dealings. Now, the Swiss appear to be more willing to speed up this process and become both versed in the digital currency and someone who can directly profit from it.

Analysts have presented the move by Ernst & Young as a part of a much broader experiment that the Swiss nation is undertaking in regards to BTC. SBB, the Swiss railway service began accepting bitcoin as a payment option for train tickets which can be purchased at any kiosk around the country.

This is not a short-term experiment either. SBB has planned to continue with the process for the next two years and see what it provides to the passengers and the organization. At the same time, Zug, a city in the country known for its business-friendly approach has started to accept payments in BTC for its public services in May 2016.

In the capital city of Switzerland, legislators have begun a process that should determine the regulation that can back up a similar move, but one that would take place on a lot bigger scale than the relatively small Zug. All of this shows that the country is moving rapidly towards a fully recognized BTC environment. In this type of a setup, there would be no difference between utilizing a traditional currency or bitcoin.

End Goal of the Experiment for EY

While the nation might be experimenting with bitcoin in a very diverse manner that lacks a clear focus, the same is very untrue for Ernst & Young. According to its officials, the acceptance of payments in BTC has a very definite purpose. This purpose is the process of teaching their employees the basics of utilizing digital currency, but using a hands-on approach.

With this, the Ernst & Young professionals should gradually attain a working and effective knowledge about bitcoin, but also other digital currencies and the blockchain tech itself. This concept alone has all the hallmarks of a system of financial dealings that is older than most nation-states in Europe in their current form.

The officials underlined that instead of talking about the process of digitalization, they want their company to dive into the process, covering both their clients and employees. The knowledge and experience gained from this will definitely prove to be invaluable.

The Ernst & Young representatives finished the announcement saying that a revolution is about to take place in the world of business with blockchain and that they desire to be ready for it. Interestingly, EY is just one in the group of companies working in the accounting domain which is involved in the blockchain realm.

Similar to eSports and other digital-only ventures, blockchain is all about being involved as opposed to standing on the sidelines. The level of involvement in the same domain was presented earlier in 2016 when the company helped the Australian government in the process of auctioning off over $16 in BTC that was seized in an investigation of the Silk Road user.

Because of this, EY can hardly be called a novice in the area of bitcoin and blockchain, but this move will definitely propel them even further. When this is taken into consideration with the fact that the FinTech revolution really is coming, it looks like that EY will be position nicely to embrace the same big changes.