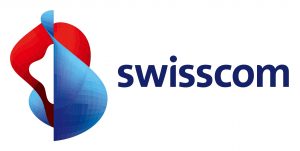 Things are rapidly changing on the Old Continent when it comes to blockchain and bitcoin, but for many reasons, the geographical heart of Europe is also slowly becoming the focal point for this type of IT development. Switzerland is a nation known for many unique brands and a very dedicated approach to excellence, but now, one of its staple companies it stepping out of the realm of conservative business and delving into the blockchain Hyperledger project.

The company in question is Swisscom AG and it has recently announced that it became a member of the same open-source project. The news is exciting because it provides a new partner to an already impressive list of Hyperledger participants. At the same time, it opens a myriad of possibilities for anyone who wishes to develop blockchain tech into the direction of mass communication.

Finally, being tightly connected to the Swiss state, Swisscom AG offers a chance for the small Alp nation to integrate itself even further in what will almost certainly be one of the most important tech domains of the third decade of the 21st century. In this regard, there is no doubt that Switzerland is at the forefront of all European nations working on this technology, but also one of the more friendly blockchain nations in the world.

As a major state-owned company, the Swisscom AG has an impressive track record both in the modern day and almost from the moment it started working more than 150 years ago. The telegraph network in the country was set up in 1852, followed by the development of the telephone network. The same networks were merged into a since postal PTT service right after the end of the WW1 and continued to dominate the infrastructure of the communication in the country.

However, the second part of the 20th century provided the Swisscom with some difficulties as it struggled to create and maintain a digital network that was home grown. In the 1970’s and 1980’s the company tried hard to find a method of providing mobile phone services, but this took a big step forward when the same market was deregulated by the state in 1997.

The company was privatized in part and rebranded into Swisscom while the state continued to keep a hold on the 51%. Now, the times have greatly changed for the company. Aside from creating a stable market on home soil, the company branched out to the Italian market and bought off some of their communication assets.

Today, Swisscom AG is a huge player in the country, with over 21,000 employees and a profit that surpasses 11 billion CHF. A company of its caliber is definitely a very welcome sight in any project, but Hyperledger can be especially proud for managing to take it into the fold.

The Focus Points for the Company

After it announced that it decided to enter the Linux Foundation, it also disclosed what particular blockchain areas the company is interested in. In its internal research process that began 2015, Swisscom AG worked on platforms that were designed to enhance the consumer loyalty concept. This is interesting on its own, but even more when the same is underlined by the fact that an unnamed bank was helping the telecom giant on this internal project.

The company also said that it developed a platform for over-the-counter trading. This project is being developed by the Lucerne University of Applied Sciences and Arts, one of the strongest educational institutions in the country. Aside from the university, the company also had other parties that have been involved.

It appears that Swisscom decided to push for an approach that should be familiar to anyone in the IT, including domains like eSports, social media or something completely different – by providing a broad sweep of all potentially relevant applications of the blockchain, the company desires to be sure that it will not miss any opportunities. In that regard, joining the Hyperledger project can be seen as one more manifestation of the same principle.

In fact, one of the Swisscom’s representatives said that Hyperledger is providing the company with standardization, exchange of information that is completely open and a broad-based support. All of these factors would be invaluable in any locally groomed project and the communication company has several of these up their sleeve.

While there is a certainty that Swisscom AG will benefit greatly from the connection with the Hyperledger project, the country itself seems to be steadfast on its blockchain trajectory. Aside from being a home to a range of blockchain and bitcoin startups, its government has not been tepid in showing its interest in this tech when it comes to its public sector as well.

The number of people who use bitcoin in the country for anything ranging from betting online to purchasing a divergent investment line is on the rise. With any additional improvement of the already positive atmosphere for the digital currencies and their underlining tech, Swiss are almost guaranteed to become the hub for Europe when it comes to this particular brand of IT development.

But, there are also political reasons for the same path forward. By being out of the EU and Euro, but virtually surrounded by both, the nation provides a level of insulation and connectedness that no other country in Europe has.

For blockchain developers, the same balance can be the ideal hook for starting a business in otherwise very expensive and slow-moving country when it comes to fiscal regulations. But, the promise of stellar profits is something that has been able to (historically speaking) galvanizes all important parties that call the shots.

But, while there are many places that could, in theory, present a similar opportunity, it is the merger of both public and private, along with small business and global corporations that show Switzerland is a different beast. With this approach, the entire society appears to be gearing up for the shift towards digital currencies and the move that could translate into a new financial golden age for a nation that is already famous for the same industry.