Opinion The BitCoin Struggle between Corporations, Government, and Freedom 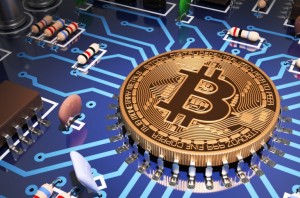 The basic notions of the BitCoin network are very easy to understand: as a cryptocurrency, it was devised by its creators/creator with the purpose of providing a monetary system that resides on people power in the most basic sense. In this case, people power does not include a simple statement of support. Instead, the BitCoin support is very tangible and measurable in energy used to allow its P2P network to stay operational.

Because of their participation in a network that constantly calculates all transactions that take place in the network, the participants of it receive BTC as their reward. Others, who just want to use it, do not have to participate with their computing and energy capacity. Instead, they use it for whatever they want, including betting online in a much more flexible way by using this digital currency.

Aside from betting, there are numerous ways how anyone can use BitCoin both as a client and as a business. Almost all of them were expanding in the second half of 2015 and the current years promise more of the same.

The Year of the BTC

As the world moves deeper into 2016, the notion of BitCoin as something that is here to stay is gaining traction faster than anyone could have imagined it just 18 months ago. Then, the initiative was seen as something that is standing on exceedingly unstable foundations by the mass media and the general public. But, even then and behind the scenes, the gears of the venture capital were setting their sights on this digital currency.

In a space of a year, the investments in the sector skyrocketed and began widening both in terms of BitCoin fields of activity, but also when it comes to their sheer numbers. Now, the New Year begins with a vibrant community where some individuals have been able to mass an impressive experience, which means that the first generation of BitCoin entrepreneurs already matured enough to be able to successfully usher in the new generation of cryptocurrency enthusiasts.

Today, these people are already building the services and products that will become the next big thing in a couple of years, further enforcing an industry that is already worth over 15 million BTC, valuing at about $6.5 billion according to the current price of BTC. As the numbers continue to grow, so do the pressures continue to mount on the system, not only from its users but from outside forces that are devising ways to exploit, control or modify the network to suit their goals.

Here are the most important domains in which the BitCoin system will have to navigate very carefully in the upcoming months.

As the BitCoin and blockchain scenes slowly but surely transform venture capital into steady revenue business models, so do big corporations begin to take an active interest. What was once the domain of computing geeks, E-Sports fans and other tech-interested groups and first adopters, now is, month by month, becoming a domain of multinational corporations, including the most recent arrival, IBM.

While these corporate entities bring about a level of validity, they also bring the danger of meddling into the basic workings of the BitCoin P2P network. For now, most are adamant that they are interested purely in the tech side of the network, not the BitCoin currency itself. But, it has to be noticed that many of them would gladly be behind a helm of some similar digital currency venture, if not in the near future, then in a space of the next decade.

There is no doubt that more experimentation with blockchain technology means more growth for BitCoin itself, it has to be accepted that a competitor is bound to appear sooner or later, and not in the form of currency cryptocurrencies, but one that will have the full backing of one or more gigantic multinational corporations. For now, there is no doubt that the same would mean a currency that would be more centralized and a lot more corporate than BitCoin.

Currently, the government officials from most developed or developing nations seem to be cautious about BitCoin. This is mostly seen in statements by officials where they underline that governments just want to keep their populations safe from any possible threat from digital currencies. But, as more and more official agencies across the world rule that BitCoin is as safe from manipulation or malicious intent as any other currency, so does the interest for the same area grows.

Now, it seems that many are interested in the possible financial benefits of attracting BitCoin activity into a national economic system, but also dread the unregulated aspect of it. This usually leads to a posture where officials are willing to say that they are interested in blockchain technology, but not in BitCoin itself. It is not hard to imagine that a lot of this attitude comes from the incredibly powerful but rarely mentioned banking and financial services groups, which most likely sees the biggest threat in BitCoin.

At the same time, especially in G20 nations, there is a constant need to be able to gaze inside the online activities of its citizens for security measures. Because of its system, the P2P network practically guarantees anonymity and the safety of user information, making it very difficult for intelligence agencies to gain access to it, both directly (there is no “governing body” in BitCoin) and indirectly (creating a way of illegally accessing the date of the network).

In 2016, a range of national governments will probably provide many statements on blockchain and BitCoin, some almost positive in nature, but most of them will remain focused on trying to undermine its basic notion of freedom and anonymity.

By design, BitCoin needs to grow so it can prosper. In 2016, there is almost a rock-hard certainty that the opportunities for growth will be bountiful. But, as the cryptocurrency grows, its community of users has to redouble its efforts to make sure that the P2P network remains faithful to its most basic principles of freedom, anonymity, and openness.

With these, the roots of the growing BitCoin tree can remain healthy and vibrant, allowing the branches to seek new opportunities and expand. But, if those roots become damaged by either government or corporate interference, the whole system might be irreversibly damaged.