Opinion The Conflicting Messages of the BitCoin Block Size Debate 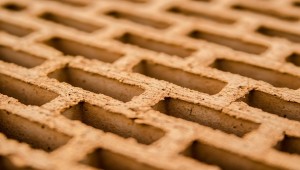 In 2015, a debate about the BitCoin’s block size began to brew. With its the maximal value of 1MB, it was clear that the growth of its processing requests will soon demand a change in the system which will accommodate the new activity level. But, as the same question remained unanswered, the debate between different factions in the BitCoin community became more and more heated.

Recently, Mike Hearn, a BitCoin developer, decided to opt-out from the industry because of the rift and the way other relevant parties positioned themselves towards it. His open letter about his decision provided further oxygen to the debate, which seems to be becoming bitterer with an each passing week.

Others, who just use BitCoin for anything between online betting to a source of capital, look on while they want only that the issue of block size is resolved one way or the other. But, if the issue is placed on the back seat and the debate itself is examined, an interesting pattern appears which is more than relevant to the future of BitCoin. These are some of the most important aspects about this ongoing debate.

A BitCoin Forum is Needed

Currently, the involved parties in the debate are talking to each other in an indirect and sideways manner. When BitCoin was conceived by Satoshi Nakamoto, the idea was that BitCoin users would vote on any change in the P2P network.

But today, instead of having millions of individual users, all of which have a small stake in the physical network, there are the mining pools that provide the vast majority of hashing power and BitCoin companies, which have a huge power over the influx of traditional currencies into the system. These companies come in a range of forms, but most are developers of wallets on one side and exchanges on the other.

A part of the problem is that all of these entities approach the block size debate as a corporate event in a global financial domain. Instead of working towards a compromise, most parties are jockeying for position, hoping to gain a financial advantage for their preferred method, strengthening its status in the community.

So far, this notion is both ineffective and contrary to the basic design of the BitCoin network. Not only do the individual users have no say in the debate, they are completely sidelined to an observer status, left to watch and hope for the best. The same is underlined by the fact that none of the large parties tried to sway cryptocurrency’s end users to their side.

From this, it is clear that a platform for an open and constructive discourse is needed in the network. The same platform could be based on the anonymity and people power of the BitCoin core while it also respects the reality and big entities like miners who possess a larger level of influence.

But, the very notion of an open forum would provide any decision with a lot more validity than the option of simply slugging it out in a process similar to a hostile corporate takeover, where the strong prevail over the weaker.

The Rift Will Cause Opportunities for Others

Outside of the BitCoin, several completely unconnected parties will most likely profit from the rift, even though they do not have a shared goal except to see this cryptocurrency fail. These include governments and consortiums of big IT companies and the banking sector.

This idea might sound radical and conflicting because there is no reason why both would not be able to exist in a shared environment. But, by reading the subtle signs from the corporate sector and very clear messages from many governments, the nature of BitCoin as an anonymous and unregulated digital currency structure seems to be an issue for a lot of people in both domains.

For governments, the notion of anonymity is unacceptable. For corporate entities, the decentralized structure is out of the question because the same diminishes the chance for profit and also demands that the creators relinquish control of their product, which corporations traditionally have a hard time doing.

Fortunately, all parties in the debate about the block size are neither governed nor big non-cryptocurrency corporations, so the outside attention could actually force a settlement.

Finally, the debate is having an adverse and even unknown effect on the end users. Because of the question of technical adaptation to block size, the individual users are overwhelmingly rejecting any desire to enter the mining domain, which will leave only mining pools operational, and big ones at that.

However, ordinary users who just want to use BitCoin as an elegant means of monetary transactions are worried about the possible rise of the transaction fees and slowing down of the request processing.

But, at the same time, the lasting appeal of the BitCoin network is not diminishing. As each day goes by, new wallets are created and registered by first-time users. These come from all walks of life, ranging from E-Sport fans to future developers who want to get the user’s experience first. They are located in the developed, developing and undeveloped countries, while each and every one of them receives the same basic service.

This fact possesses a huge power in itself and is the endless source of inspiration that is fueling the BitCoin network, especially when the power struggles and politics of the big entities are stripped away. The idea that there is a currency that is based on nothing more than energy and computing power is impressive.

Add to that the fact that it covers the globe and is completely free of any national government influence and the network is not just impressive, it is almost hard to believe. But, the network is real and so are the things that launched the BitCoin network in the first place.

The same ideals will eventually pull through the network in the case of this debate and will consolidate the system. The catalyst for this should be the end users who should, first and foremost, reassert their belief that the BitCoin network is a valuable addition to the world economy and in many ways, a game changer. With this attitude, the block size problem will be solved and all rifts will be healed.