Opinion The Crypto-Anarchy Movement and its Influence 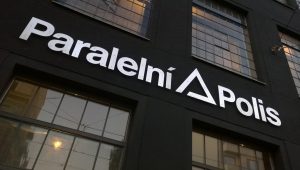 Historically, adding the word “anarchy” was great for getting some type of an idea noticed, even if usually mean that the same notice will come with, at least, disapproval. In the political domain, the same principle applied ever since anarchist movements started to materialize from purely philosophical concepts back in the 19th century. In their essence, most newly created movements were directly related to the idea of freedom from a system which is by its very nature oppressive – the government.

Instead, the anarchist movement, at least in general, as there were rarely cohesive connectors, proposed a deeply decentralized system of one type or the other. A big-brother government would be replaced by what it would deem as chaos – a system where people were free to do what they chose, as long as they stayed inside of the broadest set of rules.

With the end of the 19th century and the beginning of the bloodiest part of the global human history, the anarchy movements began jockeying for center stage. From the US bombing campaign to the Russian revolution and all the way to the fields and factories of Barcelona, anarchist took their seats at the table, sometimes with force. Usually, the same seats were quickly taken away and this was always by force and through brutal repression. In the battle between the State and the Freedom, the state showed it can bring larger firepower to bear, even if it sometimes is taken by surprise.

Today, there are still vestiges of the same anarchism movements, some like the Kurdish Rojava region in Syria very close to their radical ideological forefathers. However, the State is never far from any one of those. That is why the crypto-anarchy movement seems to be something of a novel idea and one that would deem to add a parallel layer on top of that of the State. Naturally, the same movement has a lot of interested eyes on it, both from governments and here as well, the private business sector.

Activist Pavol Luptak was recently talking on a crypto-anarchy conference called Paralelni Polis that took place in Bratislava, Slovakia. He asked the audience if this is what Satoshi expected a decade ago when cryptocurrency bitcoin, the one that started it all, first got made. Luptak mentioned surveillance infrastructure, incessant taxation, and adoption of blockchain tech by state actors as something that shows a skewing of the original vision. Instead, he called for a process that would see a crypto renaissance.

The event of Paralelni Polis, symbolically, takes place both in Prague and Bratislava, bringing the main focus every time – how to use decentralized tech to free individuals from the control and oversight of the state. According to Luptak, these ventures including bitcoin cannot be separated from the political climate in which they arose. A key element among those influences was the cypherpunk movement, which was based on the ideas of encryption as roads towards individual liberty and privacy.

Luptak defined completely by saying that he and others like him perceive cryptocurrency tech as a tool for liberation. However, the princess of the liberation is not by no means over – it has its crucial tool but its actual applications have to be developed. Paralelni Polis sees itself as a freedom think-tank that would offer a breeding ground for these ideas.

The roots of the organization are tied in with economics and complex global politics. But, at the same time, the organization has a clear stance on governments – no assistance or cooperation with their agencies is allowed. It also shows its members not only the ideas for the use of cryptocurrency but also teaches practical applications like converting fiat funds into crypto.

Here, it offers a glimpse into bitcoin, which can be easily used for online BTC betting, investments or even major savings programs not just for individuals, but entire organizations. While this movement is not only one of its kind, it comes from the rich history of the region, dating back to the activist group Charter 77 that opposed the Czechoslovakia USSR-backed government in the late 1970s.

The Paralelni Polis organisation or parallel cities is directly connected to the same time period, now long-gone in the everyday life of both countries. Yet, for Luptak and his peers, the form might have changed, but the government essence stayed the same – controlling and overbearing.

Movements like this can easily be ignored as overly ideological and unconnected with the experience of regular citizens. However, there is a line of legitimate concern that allows anyone to see the crypto-anarchist point of view with at least a degree of sympathy and understanding. In the EU countries, including the Czech Republic and its neighboring Slovakia, the use of cash is slowly phasing out.

Personal transactions of over 15,000 euros are not allowed and companies cannot spend more than 5,000 euro in cash. Additionally, like in most countries in the world, a person cannot move more than 10,000 across the border without it being declared. The laws will become only more restrictive and the oversight higher in intensity. No one on a level of individual citizen wants the same.

Movement and the Crypto Ecosystem

The political and subversive nature of the cryptoanarchy movement stops it from gaining wider support over a prolonged period of time (or even on a short-term basis, at least in the near future). But its ideas are important, just like the ideas of the previous anarchy movements.

They allow for the process that would create useful tools nothttp://www.bitcoingambling.net/sites/ just for their ideological compatriots, but everyone. In essence, this mimics the process that led to the creation of bitcoin itself. Wherever the end goals of Satoshi Nakamoto might have been, bitcoin is here to stay and to be used by all.

From the domain of corporations like GMO to the individual esports competitors that can be paid in BTC, there is hardly a valid argument showing that the global financial world was better off before cryptocurrencies. With its place inside of the same ecosystem, crypto-anarchist can be expected to work on their goals and with the same process, improve the overall state of the whole space.