Opinion The Crypto Potential in Card Crafting and Collecting Games 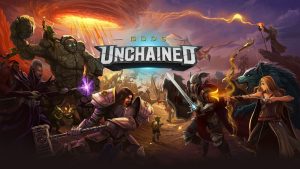 One of the most important aspects of blockchain technology is also one that is very hard to translate to the mainstream audience. The same aspect is the unique nature of the digital tokens produced by the blockchain algorithms that are the basis of the cryptocurrency networks and many other ventures that utilize the uniqueness of their digital products. However, this completely clashes with the concept of the general digital assets, which are by their essential nature either encrypted and thus useless to all, or open to manipulation and copying by everyone who comes across them.

Cryptocurrencies, like other blockchain products, generate completely unique bits of data that then attain inherent value thanks to the fact only one of these can exist. Others like it can be generated, like BTC tokens for example, but all of them are unique and valuable. Thanks to this, the idea of digital currencies is possible as well as many other aspects of this tech.

Recently, a venture in the domain of gaming showed that the potential of this technology could be introduced successfully to a domain that is all about uniqueness and tradability of the same elements. While esports and many other gaming fields are already deeply connected to crypto, this genre is a newcomer to the sphere – the games in question are the card crafting and card collecting games. Here are the main reasons why the introduction of blockchain could revolutionize online card collecting and card crafting games.

The name belongs to a blockchain-based game that is also based on collectible cards. Recently, players got its first gameplay trailer that showcased what the game looks like and what it could actually do once in the hands to real users. The card trading game is set in a fantasy-themed domain that uses Magic: The Gathering as well as Hearthstone, arguably the top fantasy card games in the world, as its main source of inspiration.

But, Gods Unchained used the ethereum blockchain to store cards using the principle of the NFTs or non-fungible tokens. Investors from the cryptocurrency field did not remain blind to this development. Instead, companies like Coinbase Ventures took part in the seed funding round that produced $2.4 million in funds. Aside from the well-known company, the funding round was spearheaded by Nirvana Capital and Continue Capital back in May 2018.

The startup behind the game is Fuel Games, based in Sydney, also managed to keep its head above the water in spite of the tough condition for most crypto-related companies. In July 2018, it managed to sell a single card, called the Mythic Hyeriod for a price tag of 146 ether. At that moment, this was worth over $60,000. Notably, one of the same cards managed to reach the record for the auction of a single card, set only days before when a Magic card got $87,000. So far, the company sold about 1.6 million cards that resulted in $2.8 million in profits. The same sum was provided by the company’s CEO and co-founded James Ferguson.

With the gameplay trailer video, the company wanted to share its progress on making Gods Unchained into a AAA experience that will be on par with the famous games it uses for inspiration. Now, the game should enter a closed beta in the next weeks and allow the company to begin the crucial stress tests with players who already purchased cards. As the open beta kicks off, the company stated that it plans to take about three months for the next phase to start and this includes the launch.

The Gods Unchained Back End Tech

The process of online gaming in Gods Unchained takes place on the company’s blockchain. On its servers, the players will encounter low transaction cost and hopefully, none of the slow processing that is usually associated with the on-chain gaming. Instead of making their game browser-based, Fuel has decided to build the game using the Unity 3D engine.

According to Ferguson, this was done because the game creators realized that in-browsers capacity simply did not allow for what they were aiming for. When it comes to the role of the ETH network, it serves the same function as the one seen in CryptoKitties.

On the surface, the idea that the Gods Unchained is just a Hearthstone clone that encompasses a bit of cryptocurrency in the mix is not true. The main difference is the fact that the cards are unique and unchangeable. This way, the process of nerfing or the intentional changing of the card statistical qualities (attack, defense, spells, special abilities, and so forth) will not be possible. The sold cards will hold onto their values for good so the only way to shape or impact the design of the game would be to push out new cards.

From the perspective of digital card trading and card collecting games, the inability to nerf would be deemed as a catastrophic absence of a key design feature. However, cards that are not nerfed is the way how Magic: The Gathering and any other physical card collecting game were always played. In this regard Gods Unchained and any other release that follows in its footsteps will not be any different in terms of gameplay design.

The Future of Card Games

CryptoKitties already showed that blockchain can have its killer app in the field of collectibles. Card games take the process of collecting on a new level, allowing for a range of options that come from actual player-vs-player battles. Hearthstone already harbors a developed ecosystem of gamers, pro players and streamers, all without the ability to trade the cards with other users. Gods Unchained could open the way to many games in this fashion that will further empower players to both invest and earn through trading cards.

From this perspective, blockchain is simply enabling the impulse that existed around card trading games ever since they entered the market and will most likely merge with them seamlessly. Of course, the basic game development qualities of these games still need to be there, but for those games who possess them, the global audience for these releases could be there for the taking.