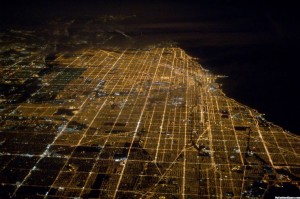 Unexpectedly, it appears that the use of BTC in active war zones comes with more risk than using regular cash. This is particularly true when the illict actors are ready to use cryptocurrencies just as civilians. The civil war that is currently ongoing in Yemen seems to further highlight this issue which somewhat contradicts regular bitcoin adoption principles.

This complex conflict that involves both local, regional and global fractions is basically split in two major sides. One is the Houthi militia that is backed by Iran and the other is the rapidly failing central government that has the backing of the Arab coalition headed by Saudia Arabia. The Houthi control the northern half of the country while the government is under the control of the southern region.

This part of the world has been synonymous for one of the toughest regions for any civilian to live in, but Yemen is actually a good showcase why so many dreams of crypto political enthusiasts do not match the reality of a disintegrating economical system.

For most individuals living in Yemen right now, buying bitcoin is practically impossible. The waste majority of companies completely avoid doing any business in Yemen. The US sanctions (not as hard as those against Iran but still in place) as well as the constant physical danger are the two main reasons why companies avoid this country. Recently, the UN Security Council approved additional sanctions against Yemen in an effort to stop the flow of arms between Iran and their allies in the north. Additionally, even though the Houthis are the de facto government of the northern part of the country, they are not recognized by the Trump administration.

The US Government is also planning to suspend most if not all humanitarian aid going to the north. All this goes to show just how complex the situation politically is on the ground in Yemen. There is no sign that any of that will change anytime soon, being that the war is a giant proxy conflict between the biggest regional rivals – Iran and Saudia Arabia. Both countries seem to be ready for a prolonged engagement in this nation and the price of that is already immeasurably heavy on the citizens of Yemen. Sadly, it appears that crypto cannot provide much help in any way there, even though the theory of decentralized currency points to a completely different possibility.

Some would expect that in a setup like this, peer-to-peer markets would be a sought-after alternative. Yet, their presence is hampered by lack of a reliable infrastructure as well as an absence of cash. In the country, both electricity and telecom companies are in the ownership of the government and private companies that are domestic and foreign. This means that all international money transfers are under monitoring by some of the local factions. Sometimes, more than one could be checking out who is sending what. Experts believe that everything is monitored in the country and all personal information is more or less there for the taking as long as something needs the date.

Local residents who fled Yemen agree that it is nearly impossible to attain a reliable and safe internet or even phone connection in most regions of the country. Big cities might have a bit more stability but it comes at a huge price. One day, mesh networks might be useful to transfer BTC without reliable internet, today there is no alternative to a standard online infrastructure. That is the reason why on the ground in Yemen, there is practically no bitcoin trade, even though one would expect at least some level of cryptocurrency usage.

The rebel faction seems to be pro-cryptocurrency, but this does not cover the bitcoin network which is impervious to surveillance. Instead, they are working on their own version of crypto in the form of e-Rials, which the militant group is developing. This means that, according to the reports from their territory, individuals are not willing to be associated with any other cryptocurrency, especially the popular bitcoin.

At the same time, the concept of e-Rials, similar to Venezuelan petro, holds little resemblance to the decentralized digital currencies like BTC. It includes a desire to be less dependent on banks, but this is coupled with a drive to ban possession of the rial bills that the central government is printing. Because of this, e-Rials will not be a Houthis bitcoin. To make things worse, no one knows when will that cryptocurrency arrive, what will be its precise shape and form and will it be any better to the end user than a range of existing local and global fiat currencies.

The case of Yemen, just like similar situations in Lebanon and Iran have also demonstrated, once more underlines that crypto needs government infrastructure to function. Like esports and other digital services, crypto means little to nothing if it does not provide its core benefits. For it to do so there has to be a network of utilities, as well as financial freedoms. Without them, the things that cryptocurrencies provide are not that important as the situation on the ground showcases already.

Yes, people can attain bitcoin directly and try not to attract any kind of attention. However, who would be willing to risk their lives and the safety of their family to purchase bitcoin funds they would have a huge amount of issues using anyway. The takeaway here is that sadly, cryptocurrencies gain their independence only when there is the groundwork needed to actually demonstrate it.

Otherwise, it is simply a theoretical construct that does not work in the places where it should shine the brightest. There is a significant level of irony in this setup but it is also something that the crypto developer community must take into consideration if they really want to help people outside of the rich and prosperous nations. Without that, crypto remains a playground of those with the means to have what these digital tokens need to actually work as intended.