Opinion The Effect of Dropping Oil Prices on BitCoin 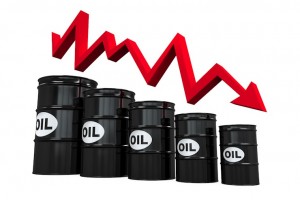 The world of oil producers is seemingly in a state of free-fall. As the barrel of oil recently dropped below $30, pundits and experts are hesitant to guess where the spiral will end. While the big companies in the oil sector are reeling in the turmoil, important national producers are devising their own strategies on how to weather the storm.

At the same time, a few voices in this crisis point out that oil is still overpriced and some have even suggested that the big drop will stabilize itself at around $20 per barrel, which for many sounds right now like a nightmare scenario. In the midst of this instability, alternative financial centers like BitCoin apparently are also looking for their opportunity.

In the case of this cryptocurrency, the decentralized nature negates any calculated, across the board move, but many individuals and companies are still trying to figure out the new economic positions. To make sense of the possible threats and opportunities in the new world of oil prices here’s an analysis of the key nations involved in oil struggle and what role can BitCoin play there.

Saudi Arabia and the US

Saudi Arabia is the true juggernaut of oil production and currently, the player with the bloodiest nose. The drop in the prices impacted the country’s revenues in a major way, mainly because the entire economic system is dependent on oil revenues. Adding an economic downturn to a regional disturbance unseen since the days of the First Gulf War, the leader of the Arabic world is trying to find its bearings when it comes to future decisions.

From a BitCoin perspective, Saudi Arabia might seem irrelevant with its relatively small population and the dominant use of the US dollar as the second currency. But, because of its ties to the US and huge investment in the country, there is no doubt that the economic pain felt by Riyadh will also be felt by Washington D.C. in some extent. Here, in the US, BitCoin faces a double-edged sword.

From one perspective, the instability will spook investors who might have taught about investing in some BitCoin startup. But, the opposite notion points out that the overall value of the BitCoin will be elevated by the US investor actions, who will try to diversify their portfolio and invest in other things, including the digital currency, with the purpose of diminishing the risk of the oil prices slump.

But, besides its effect on the US, Saudi Arabia remains outside of the BitCoin zone of influence and relevance.

The regional superpower, Iran is at a huge crossroad in 2016. After many years of sanctions and isolation, the nuclear deal that was reached with the government in Tehran and predominantly the US means that Iran will enter the international fold unlike anything seen since the overthrow of the Shah in 1979. With a booming population and a very diverse economy that seems ideally set for exports, Iran has plenty of crude oil ready to export and because of its use of domestic technology, the drop in prices means it will still profit from its sales.

But, at the same time, Iran is embroiled in a seemingly endless confrontation with the Saudi Arabia and the tensions linger (or even flare up) in spite of the deal. The same fact, along with a totalitarian government which will definitely try to restrain most key elements of this cryptocurrency like anonymity and freedom, makes the prospect of a BitCoin expansion really slim.

The same fact is really unfortunate because Iran possesses a big market with huge young and educated demographics, which would otherwise make the ideal setup for a digital currency. It seems that benefits of BitCoin, including things like online shopping or betting using this cryptocurrency, will remain out of reach for ordinary Iranians.

The Russian Federation is the second largest oil producer in the world and the oil slump only adds insult to injury to a crippling couple of years in economic terms. Since its involvement in the Ukrainian civil war, Russia has become isolated by the EU, one of its key trading partners, but also the US and most recently Turkey. When this is combined with a poor showing when it comes to oil revenues, Russia does not have much to look forward to in 2016.

But, the country’s administration still remains an adamant denier or any cryptocurrency rights or possible regulations. Instead, for some months now, it is gearing up for legislative measures against those who use these P2P digital currency networks. This all comes in spite of a big domestic population that already uses BitCoin, but remains sidelined by the officials.

Because of this, it is most likely that Russia will keep its current status when it comes to BitCoin potential. Similar to its strong tech sector, which covers everything from E-Sports and gaming industry to huge social media platforms, Russia is both a land of potential and a market that seems to continuously exert efforts to its local consumers, not to the outside world. As a global system, BitCoin cannot expect to gain much in this atmosphere.

The big unknown in the recent economic global changes, China is definitely the biggest opportunity for BitCoin out of all the mentioned countries. Even though it is not a huge oil producing nation compared to the likes of Russia or Saudi Arabia, it is a gigantic importer, and the recent constant devaluation of its currency is both making its exports more affordable to the rest of the world and pushing investors to look for safe havens, just like their US counterparts.

Even though this is bad news for the global economy, it is good news for BitCoin, which grows in value mainly because of the Chinese influx of capital. As it continues to become more and more valuable, there is little doubt that Chinese investors are looking to save their assets in this unregulated digital currency. So far, the generally paranoid Chinese government did not try to force some regulation onto these waves of BTC purchases, which is encouraging. For now, it looks like China will continue to feed the BitCoin price growth.

The World of Low Oil Prices

While many are worried what these exceedingly low oil prices can bring, it seems that BitCoin has a lot to gain and not much to lose (not more than any other traditional currency in the world). The same fact should be utilized by all those who desired to expand into the realm of this cryptocurrency but have so far waited for the right moment.