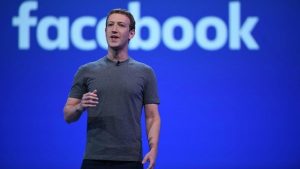 The biggest social media in the world is clearly ready and determined to launch its own cryptocurrency. Facebook is yet to make most of its plans fully public, but the reports in the media about their crypto ambition have been coming steadily in the past half a year. These have painted a picture that provides a glimpse into the social network’s ambitions to capture the main benefits of blockchain technology in a financial environment.

David Marcus, the former president of PayPal is leading a team that has been assembled some months ago. Their aim is to build an asset-backed digital currency which will work in unison with the current Facebook infrastructure. This includes WhatsApp, Facebook Messenger, and Instagram, but also the main body of the Facebook infrastructure. But, besides this, there is plenty of other information that came out in the previous period which can be used to piece together a coherent image of the company’s plans.

Right now, the only facts that are coming from the company hail from aura McCracken, who is the head of financial services and payment partnerships for the region of Northern Europe. She said to a German media on June 4 that Facebook Coin white paper will be published on June 18. Besides this, she also said that the token will not be tethered to any single currency in the world, but will be tied to a basket of fiat currencies.

But, there have been indications that Facebook company was working on its fintech plans starting as far back as 2017. Back then, the first sign that Facebook was becoming serious about its use of distributed ledger technology came when Marcus joined the Coinbase company on its board of directors. At that time, he was the vice president of Facebook’s messaging products.

This position included the two biggest platforms for instant messaging in the world, which are WhatsApp and Messenger. But, even though they were the unrivaled leaders, they still did not provide the payments functionality that another regional heavyweight offered – WeChat. Yet, with the experience Marcus had from PayPal, it was clear that the company was gearing up to get that base covered as well.

The next step in the Facebook coin enigma came in August 2018. At that point, it became unmistakably clear just how serious was the company about its payment processing development. Not only that, it was apparent that the mechanism for this solution will be crypto-based. That month, Marcus left Coinbase board and on Facebook, he was reassigned to follow the blockchain development even earlier. This occurred in May 2018. Back then, Coinbase spokesperson explained the move as one that desired to avoid any conflict of interest.

Things got to an even faster phase at the end of last year. In December 2018, a report showcased that Facebook wanted to create a stablecoin. These crypto assets are controversial because they are provided as frictionless settlements in a similar manner as classic cryptocurrency but without their open market volatility. For a long time, experts in the crypto domain, as well as in general finance found stablecoin impossible to operate with strong centralized governance, they still became very popular in 2018. Tether USDT, for example, attained significant support and many investors put a lot of resources into True USED, Basis, and Ampleforth as tether’s main competitors.

Back then, the news was that Facebook is looking to pursue a WhatsApp product that would be focused on India as a sort of soft launch territory. Seemingly, all doubt about whether or not the company is building a cryptocurrency was no longer present. Soon after, the New York Times showcased a report which detailed how the company was not only interested in a financial product tied to just WhatsApp but also its Instagram and Messager.

Like with esports and its cross-platform plays, it seemed that Facebook is looking to expand its target audience with this fintech product, not focus it on one platform. There are many strategic reasons for this decision, but ultimately, the maximization of the number of people who would have access to this product is the key one.

During February 2019, news broke that Facebook bought Chainspace, the British blockchain company. Apart from the company infrastructure, Facebook got the most important element of any cryptocurrency or blockchain development – the talent. This was followed by a range of regular job posting looking for a substantial number of blockchain-related openings in the company.

As this was taking place, rumors began that the company is also looking for investors who would back its crypto putsch. However, this was never confirmed and many NDA was signed with the precise purpose of keeping people from talking. Facebook is undoubtedly serious about their cryptocurrency and not ready to compromise any of its potential because of some loose tongues. But, this did not take away from the fact that the pace of development was speeding up. It was getting to a point where it was clear that this year, Facebook will have a presentable product.

As of early June, reports showed that the company was inching closer to the launch of its cryptocurrency. A report from June 2 that was created by the Financial Times, Facebook is set to talk with the US CFTC agency about the regulatory needs of their stablecoin. An additional June 5 report shows that the Facebook digital token will be presented to the public in a matter of weeks.

This means that the summer of 2019 will be its definite launch. As a financial product, in a manner similar to bitcoin and other digital currencies, this coin aims to provide borderless currency exchanges without any transaction fees. The token will be aggressively marketed in the nations that are developing or even underdeveloped and where government-backed fiat currencies are either riddled with banking issues or very volatile.