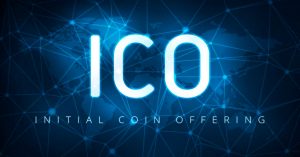 The number of ICOs or initial coin offerings seems to be constantly on the rise. In 2017, these crypto-based fundraising processes have managed to net over $5.6 billion. At the same time, there are indicators that show that more than half of the ICOs from the previous year have already failed.

Aside from many hundreds of ICOs going online every month, there are many more companies and ventures that are actively planning their own coin offerings. For the established investment organization, the ICO dilemma is not there – most will invest in less than 2% of those offers that end up on the market.

However, for less experienced entities like individuals and smaller and up-and-coming companies, there is less certainty when choosing an ICO. Which ones are the promising ventures and which are doomed to failure is something these regularly ask themselves.

Yet, there is a means of figuring out where a particular coin offering is going in terms of being a potential target for investment or something everyone should avoid. Here are the key elements that together build up a successful process of deciding which ICOs should be chosen for an investment.

In any startup digital venture, regardless if it is an ICO, eSports competition or something completely different, the team that is developing is extremely important. A good ICO has a strong team behind it, ideally with a long track record of being active in the blockchain tech domain. Also, equally important is for them to have some experience in the precise market they are targeting. The same group should be completed, as well as capable of completing a project they are working on.

The team should also have a well-defined timeline with important milestones and an advisory entity, either an individual or a group, who will provide independent feedback on their process of development. Finally, a great indicator about a team is the question whether or not there have been some big financial backers so far. There can be hedge funds, VCs or someone else, but a presence of a big capital investment is a great sign.

The Idea behind the ICO

The idea behind the ICO does not only have to be good, it has to be compelling to the potential users, realistic and something that can be completed in time. If only one of these is not present, the ICO will fail. Sadly, in this domain there are no “almost had it all” moments – all ICOs that do not provide the previous do not stand a chance of surviving for long.

When an idea is examined, the size of the opportunity behind the ICO is important. Does it focus on large markets or niche ones? After that, there is the issue whether or not the ICO is solving a problem and how unique is its proposition. If it is not, the competition will likely drown it into oblivion. Some might also consider if their technology is unique or is proprietary tech.

Many wrongly focus on the idea alone, trying to find the best potential for an investment just according to the same pitch. This is also very problematic, which is why the whole concept of an idea should only be one of the elements of the ICO that is being assessed.

The Execution of the ICO

The modern business world is as cut-throat as it ever was, if not more. The only thing that really matters in business are the results. A good team might have a great idea, but this will mean next to nothing if they cannot pull off a solid execution. The execution element of ICO is assessed much like any other project that is being developed.

The question that should be raised related to this is the presence of a detailed and clear white paper. The second question is the way its development team is creating the work needed to hit predefined milestones. If the same activities seem chaotic and disorganized, the ICO should be abandoned by the potential investor.

The news about the new or planned regulation related to the cryptocurrency is constant and coming from all corners. In the industry, ICOs are one of the biggest targets for this because of many coin offering ventures in the past where scams.

The future will undoubtedly hold its share of these, so the issue of regulation has to be taken into consideration. The same goes for understanding the potential regulatory issues an ICO will have in different countries. If a venture plans to focus on the US and EU, for example, it should be equipped with all the legal groundwork that will move any potential regulatory hurdle. Other territories come with their requirements and specific environments.

If an ICO has no plan for this domain, that in itself is a bad sign. All clear and legal ventures should not be apprehensive of the regulatory demands. Those who plan to focus only on the unregulated markets just because they are this way should be an immediate red flag.

Bitcoin is regularly used for everything from online BTC betting to creating huge investment funds and it is still in the dark about its regulation in different countries. ICOs are even more volatile when it comes to this, so regulation aspect must be checked for any initial coin offering that seems like a good investment opportunity.

Finally, these ideas are only that – ideas. No one can pick a shoe-in investment source for an ICO just as no one can say that a particular stock will be much more valuable after a particular time period.

However, using this checklist is a good starting position for weeding out those ventures that might hurt the investor. The ICOs are still a hotbed of shady ventures so keeping one’s guard up is not a friendly suggestion but a definite advice. Any investment comes with risks, but by using these essential facts about successful ICOs, these can be mitigated.