The Ever-Present Danger of Crypto Scams 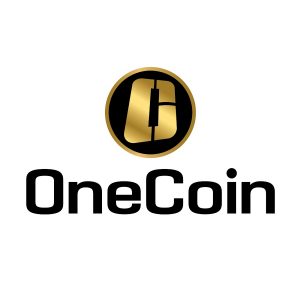 One can successfully argue that the crypto domain has an unjustified bad reputation in some corners of the general public. This is related to the concept that bitcoin in particular, but other cryptocurrencies as well are employed by criminals. The main talking point of these arguments is the fact that bitcoin exists, like similar decentralized cryptocurrencies, outside of the fiat and national currency systems.

Thanks to this, according to this mindset towards crypto, digital currencies can be easily employed by criminals and the law enforcement will have a much harder time tracking the trail of money. In fact, as some completely falsely believe, bitcoin payments and bitcoin users are completely untraceable by any law enforcement agency.

However, while many enter debate trying to disprove this clearly incorrect assumption, there are many legitimate problems that should be a source for concern. These include the idea of the scam cryptocurrencies and the entire ecosystem of individuals and organizations that are focused on scamming money from ordinary investors who would like to join the crypto market.

The OneCoin so-called cryptocurrency has a long story behind it. After it appears on the international scene, it quickly got the attention of the crypto community. There, many stated, some with a lot of urgency, that One Coin is not an actual bitcoin or even a true cryptocurrency in any shape or form. Now, years later, it appears that the legal system in the US is finally taking notice. The prosecutors in New York state that they have arrested a pair of the main leaders of the OneCoin project. They claim that they and others stole billions from a range of investors using a pyramid scheme set up.

The Attorney for the SDNY (Southern District of New York) indicted Ruja Ignatova, as well as Konstantin Ignatov, were charged with wire fraud, money laundering, and securities fraud. The same was done with the use of this fraudulent cryptocurrency. Igrantov is the first to be arrested on the charge of wire fraud at the LA International Airport a few days back. At the present moment, Ruja Ignatova remains at large. She is already being sought after by the Indian authorities for the same suspected crime.

Based on the press release of the prosecutors, the indictment alleges that OneCoin is a basic pyramid scheme which asks its members to recruit others to the project and receive commissions. The recruits, in turn, are obliged to purchase packages of the cryptocurrencies. The network claims to have currently around three million members across the world.

The organization claims that its digital tokens are mined using servers that the same organization operates and that its price growth comes from the market fluctuation, but the press release denies both. Also, Ignatova allegedly stated in her private communication that she has an exit strategy prepared for leaving the company.

Geoffrey Berman, SDNY US Attorney stated that the defendants built a multibillion-dollar company in the cryptocurrency business that was propped up by nothing more than deceit and lies. They promised to their clients big returns and very limited risks but they actually got a pyramid scheme that was all smoke and mirrors. In the process, the investors became victims and the defendants grew rich on their criminal venture.

There is one additional factor that separates OneCoin from any other legitimate cryptocurrency – it is under the crackdown of over a dozen large nations. These include, aside from the US and India, also Vietnam, Belize, Finland, the UK, Italy, Germany, Nigeria, Belgium, China, Bulgaria and others as well. In China, prosecutors changed over 100 individuals who were supposedly deceiving investors. Additional ones have already been prosecuted and convicted.

In India, the promoters of the project, which are one of the key components of the whole setup, have also been arrested. In other nations, these have been fined or slapped with cease-and-desist orders. The regulators have also started targeting the trading system working within the project and in many countries, any fiat payment processors have been taken down by watchdog agencies. It seems that the days of OneCoin have been numbered and it is only a matter of time when the entire so-called network will go dark.

It is no surprise that a venture like OneCoin can both come into being and keep flying under the legal radar for years as this one did. The worrying thing is the fact that so many individuals fell for it and that OneCoin managed to create a network spanning the US, Nigeria, Bulgaria, and China, which are just some of the included nations strewn across the world.

This means that its promoters managed to bridge any cultural divide and create a pitch that was working in all of these nations. The very fact is the greatest danger to the crypto ventures, no matter if they are OneCoin, tokens that promise to connect all in-app items in esports or a crooked ICO. In any of these cases, it is up to the investor to have their guard up against possible malversation. The same should be only propped up by the statements from the crypto community.

Telling it how it is

Scams like the OneCoin are partially possible because the crypto community tries to stay loyal to itself. In the community, many see all of the members as kindred spirits who have to be back against back when they deal with the judgmental and ill-informed outside world.

However, the same should and has to go only so far – a good example is a moment when Vitalik Buterin stated at a conference (backed up by clear points) that Craig Wright, the man who claims he invented the bitcoin network, is a fraud.

While this made a huge commotion back then, the time has proven Buterin right. Some might see this approach as confrontational, but without it, the frauds get to blend in with the real developers and honest businesspersons working in crypto. The duty of any organization is to try to self-regulate itself and in the case of the crypto world, this has to be an absolute necessity. Because of that fact, the old tribal mindset simply has to go away.