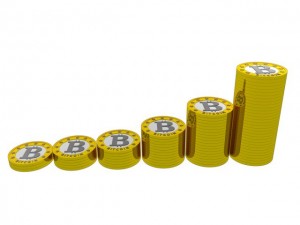 Almost from the very beginning, BitCoin was based on the entrepreneurial spirit. From the notion of mining coins to the idea of a free market, this cryptocurrency nurtured an approach that rewarded taking on new playing fields before others do. Today, these concepts remain valid, but BitCoin is not a phenomenon that is independent of other trends in the arena of tech financing. It, like any other domain of technology that is expanding and developing, is reliant on the startup scene to provide small and medium business projects with a path towards turning their plans into a reality.

As a startup of any type is designed to raise money during early-stage development, so do the BitCoin startups require an influx of cash, mainly venture capital, to put the gears of their project into motion. But, even though BitCoin is today gaining in popularity, especially thanks to the fact that it robustness allowed it to survive the turbulence of the previous 18 months, it seems that, paradoxically, venture capital is in short supply.

While overall investments continue to increase as time goes by, the funding for startups is experiencing a steady decline. There are several reasons for this. In 2012, the expected growth rates in the sector were not clear, so many startups actually sold the dream they had, not the actual projections and data. Today, however, the same data is beginning to emerge, especially in the domains like the BitCoin wallet use and adoption of the digital currency in the merchant/retail sector, which is causing investors to take a step back.

Simon Burns is one of the founders of the Wealthcoin, a Bitcoin startup focused on investment services. As he and his team worked on raising money for a seed round of investment, they learned a lot about the financial investment industry and the outlooks of those in it. Here are the essential things he and his company managed to learn so far about looking for capital in the BitCoin startup scene:

The VC’s (Venture Capitalist) who need to be approached are those who understand BitCoin. Others who are foreign to the idea are just a waste of time. This advice has been given to Burns by both enterprise-focused and consumer-focused business leaders. This comes from a bitter experience of getting in touch with VC fund partners who have sent their employees to meetings with the founders only to learn about the nature of BitCoin, not because they have any inclination to actually invest in it.

This is a huge misuse of the founders’ time, and should be avoided at all costs. Simply put, multibillion-dollar companies and funds are most likely uninterested in BitCoin investment and entrepreneurs should focus on BitCoin VC’s which can be found publicly at places like Mattermark, CoinDesk or Crunch bases.

2. The Process is neither Hard nor Easy

The founders and entrepreneurs will constantly come into contact with people who will be certain that the time to invest in BitCoin was never this hard. The next day, they will talk to people who will adamantly believe it was never this easy. In fact, every time setting can be compared to both better periods and worse ones.

According to Burns, these ideas are only a distraction that results in confusion but does not provide any real value. Instead, the founders should focus on their product or service and learn how to quickly pitch why the same is a good idea.

It might sound like a shallow notion, but Burns feels that there are significant differences in VC on East and West Coast of the US. In this case, California-based venture capitalists are interested in the globalization of the BitCoin exchanges and the upcoming revolution that will see the creation of hundreds of millions of new wallets and their use by ordinary citizens.

For example, online betting using BitCoin is one of the most prosperous areas when it comes to end users, especially those who are interested in E-Sports. On the other side of the geographical divide, the East Costs VC’s are focused mainly on the use of blockchains inside of the Wall Street ecosystem and how regular enterprises will use the basic BitCoin technology to distribute ledgers.

Taken to their extreme, neither approach can be deemed the right one. When presenting the founder’s idea on the East Coast, the conversation should start with the use of BitCoin as a currency. This should be used to gauge the climate of the potential investors before the conversation moves into the actual business that will employ some specific BitCoin technology.

4. The Pitch Can Never End

Every entrepreneur should present publicly their products in whatever way they can and this has several benefits. First of all, investors are much more likely to take notice if they have some knowledge about the startup that is being presented to them. This is especially true for social networks, where the same investors can get a feel how the end-consumers are reacting to the idea.

VC meetings are usually made up out of the initial 15 minutes during which the playing field is presented to the potential investors, primarily the product’s place in the wider ecosystem and the future growth plans. By being present in the public arena, this time can be spent on more precise details and this is great news for both the VC and for the entrepreneur. This is achieved by allowing the public to get a clear picture about the nature of the product behind the startup in the first place.

Additionally, if the product can actually be used in some shape or form, this notion can become even more powerful. According to the Matt Schlicht, the CEO of Zapchain, pitching should be continuous and it should always provide the biggest vision of the thing the startup is trying to build.

BitCoin startups, like any other endeavor in financial history, has a lot higher chance of succeeding if the startup has access to a mentor-like figure. While many early-stage founders rush to go to the fundraising phase, Burns advises caution. In his case, working with many of the industry’s best people and most successful founders allowed him to sharpen his pitch, but also to get the right connections and learn how to approach meetings while being prepared as much as possible.

He suggests contacting five founders of BitCoin companies that the startup team admires and sending them emails praising their work. These emails should not be forced, but simply heartfelt letters between industry peers that stand a chance of building networks. With them, the chance to practice the essential pitch will be invaluable and the subsequent introductions they provide will be the most important contacts any startup can receive.