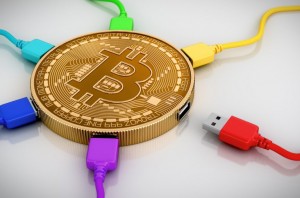 2016 is only a couple of weeks old, but still, dozens of predictions were made about the future of the BitCoin digital currency and also the broader blockchain community. While many voices have offered their views on the topic, the latest comes from Ryan Selkis, the Director of Growth employed by the Digital Currency Group. With his experience as both a cryptocurrency pundit and a direct participant in its, development Selkis created a list of issues that are, according to him, coming to the cryptocurrency users and developers in the next 12 months.

But, Selkis also provided his thoughts on how these issues could be overcome or listed the ways individuals and companies could benefit from the upcoming changes. Here are the five key questions facing the BitCoin and blockchain in this year.

As the volumes of transactions of BTC continue to grow, the 1MB limit on block data is still not being raised and appears that this will not change anytime soon. If and how it is raised is a question that is related to the BitCoin core network and it will have a significant impact. As one of the basic rules of the system, it has never been changed and many fear the consequences could be unpredictable.

According to Selkis, in 2016, the issue will not be how the scaling process will take place, but whether the dilemma will be resolved without a huge melee in the community. So far, there are four possible ways how BitCoin can be scaled up. These include the sidechains, lightning networks, transactions done outside of the blockchain, like the service CoinBase provides, or by scaling up the size of the blocks.

Selkis thinks that sidechains and lightning networks are not prepared to take the load of the full global use, while many point out that bringing in third-party processors of transactions defeats the entire purpose of P2P network. He also believes that true scaling will not take place, but instead a process of optimization will be the eventual solution.

In the next 6 months, he argues that the resolution will come as a hard fork, an increase of the block size or a raise in the transaction fees when it comes to smaller BTC transactions. Currently, these transactions are either negligible or non-existent, which is why online betting using BitCoin is so popular. But, Selkis believes that any of these solutions will come with risks.

2. The After Price of BTC

If the wisdom of the community prevails and the block-size issue is resolved before any fractures appear, the mining incentive and the BTC price will definitely be an interesting topic. Currently, for the second time since the network went live, the BitCoin mining reward will be decreased substantially. It is expected for this to happen in July 2016 when the mining subsidy will go from 25 BTC to 12.5 per a mined block. This will most likely force smaller mines to close down their operations, leading to a rallying of BTC price and the overall increase in the mining difficulty. The pressures will, according to Selkis, force miners to accept the BTC transaction fee issue to go to the forefront of the debate.

But, from the perspective of the broader community, the rally in BTC prices will be a benefit to most because it will mean lower volatility and tighter trading spreads.

3. The Attractiveness of BitCoin Platforms to Developers

It seems that right now, most tech companies are creating their own BTC platform, but in reality, this is for most startups a creative use of the term because there are not many true software platforms. Selkis thinks that there are only two which should be watched in 2016 – 21 Inc. and CoinBase.

21 is currently leading the way as a company that is fiat-free and is in no danger if a third-party application developer somehow misuses the platform. Additionally, the company is not even trading in BTC, only selling the hardware used to make new BTC blocks.

CoinBase, on the other hand, provides wallet-as-a-service model, which makes it more exposed to any issues like illegal money transmissions or money laundering. This means that CoinBase is more of a risk from the perspective of compliance while 21’s chipsets could be described as an expensive way of attaining BTC capital. But, both promise a big growth for 2016.

4. The Appearance of a Killer App

With this issue, Selkis moves the debate away from the BitCoin platforms and to their actual end-user application. According to him, the industry’s problem is that BTC remains a problematic currency for those who use it from the most basic financial transactions and services.

Currently, credit cards offer rewards, consumer protection and a level of user experience that BTC does not possess. While early adopters like E-Sports fans, cryptocurrency geeks and similar groups can deal with these things, ordinary users usually shun away from them.

Because of this, a killer app (a single software/hardware application of a technology that is so useful to the users that they propagate the entire tech domain) would be a welcomed addition, but so far, it has proven exceedingly elusive. Selkis thinks that 2016 will not be any different, even though many place their trust in micropayments.

Micropayments have shown a lot of promise as a killer app candidate, but last seven years disprove this idea. The same is connected to the issue known as “mental accounting barriers”, where the person just does not make a difference between a $0.10 and a $0.05 payment. This makes the issue of whether the micropayments tech, currently developed by the content platforms as a way of rewarding users is at all meaningful. Selkis reminds that the number of wallet-holders is globally at about 100,000.

Additionally, the block-size issue can also render any such payments simply uneconomical. But, when computers are given access to the micropayments, the human mental barriers stop being a problem. Selkis believes that the use of these transactions as a system of identifying a connecting device or some similar machine-2-machine actions make a lot more sense.

By placing chips into phones, sensors and other smart devices, the BitCoin could grow not through human users, but machine ones. This way, Selkis argues, the BTC network could be used as a form of an authentication protocol while it still generated the potential for the network growth in all directions.