Opinion The Growing Crypto Empire of the GMO Internet 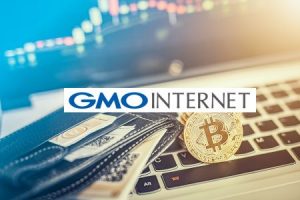 Watching a business empire grow from scratch in a particular industrial field has always been a fascinating process. Sometimes, like for example in the oil industry during the starting decades of the 20th century, this process was more than evident. At other moments, like when it comes to the banking business of the Renaissance Italian and Northern Europe, was a lot longer and less clear at the day-to-day level.

Many of these ventures, like for example the banks of the Medici or the East India Trading company took many generations or even centuries to attain a level that could be called an empire-like in business.
Today, as strange as it might sound, the same process of empire building is happening. Now, as well as the past, it takes many forms.

In the current business landscape, the field of cryptocurrency is according to many the new moneymaker of the future industry movers and shakers. Even though it is less than a decade old, counting with the birth of bitcoin, the crypto markets still managed to create huge wealth, including those from the business fields.

Among these companies, one name, in particular, seems to be a rising star. This company is called GMO Internet and it is located in Japan. From there, the company has slowly but steadily built a diverse landscape focused on cryptocurrencies and according to some, could become a force to be reckoned with in the coming years.

The company was founded in 1991 with the slogan “Internet for everyone”. Since then, the company has managed to attain a steady growth rate but also to branch out away from being active in provided activity and internet infrastructure. Today, it has a presence in the industries like online advertising and media, financial services on the internet, mobile-based entertainment, gaming and esports, and lastly, cryptocurrency. The company is also one of the leading providers of web hosting and domain name services in Japan.

In fact, GMO Internet is so big that it has nine listed sub-companies, aside from the head office. Interestingly enough and somewhat atypical of the Japan corporate landscape, the company has tried to help out its employees in a range of areas. That is why the companies under the GMO Internet banner provide a 24-hour canteen program for the staff offering free meals, access to childcare facilities and similar things.

Ever since the company’s entrance into the cryptocurrency world, it has also started providing its employees of attaining their salaries in BTC. From this, it is clear that the company offers an interesting mix of traditional corporate approach to the tech fields, so typical of Japanese business ventures, but also some other elements, like a strong focus on its internal talent.

While the company has had a presence in the cryptocurrency industry, the recent news shows that it is venturing even further into the same field. GMO Internet rolled out an app for mining that is called Cryptoknocker and it would be able to mine zcash and other cryptocurrencies based on the Equihash algorithm. The same app would use the regular GPU units that can be found in many commonplace PCs.

The company said that the app will be made open to free download and that the company would reimburse itself by taking a two percent charge from all mined amounts. This would be used to compensate any costs that the GMO had while developing the app and maintaining it later on. The same software will be developed to be compatible with the NVIDIA graphic cards and that it will have at least a 2-percent efficiency boost compared to any other similar software or app.g

The development is important because it is another stop in the low-end crypto mining that has been an important cryptocurrency development force in the recent months. Honeyminer and other apps are one of the most important easy adoption mechanisms that can see people attain and use cryptocurrency without the need to invest their fiat funds. Having this ability has especially made a difference in the developing and underdeveloped nations that can now start their crypto digital wallets with only their effort and energy needed for mining.

While the edge of two percent efficiency is important, the company’s notification about it also included a precise explanation of the developer’s cut. The same is equal to the boosted efficiency. That means that any improvement will be nullified for the end user by the cut that the company would take.

However, this is also in line with the GMO company principles of transparency, even when it is, similar to the things like their crypto gaming development of Whimsical War, jumbled and less than clear. Yet, in spite of this, there is no doubt that many will go ahead and begin using the app so that they can figure out if it is worth their time. At the same time, it is likely that GMO will continue to experiment and tweak the app so that it can further boost its efficiency.

Staying on the Crypto Road

The app is just another effort by the company to further establish itself in the cryptocurrency industry. Even the recent drops in mining profits have not dissuaded GMO from development services and apps in this field. In the Q2 of 2018, GMO managed to attain a profit of $2.3 million, was the major part came from its crypto exchange branch of the business. At that time, the company said that the stagnation of the bitcoin price is behind the drop in mining profitability.

But, the company continued on its crypto road. In June, it revealed its 7nm ASIC processors that will begin shipping in October. There is little doubt that the company will continue to develop different products in this field and launch them even when others might wait, like in this case with the Cryptoknocker app.

In this process of hits and misses, the GMO just might be on the path of becoming one of the leaders in the crypto field. In that eventuality, everything that the company is doing right now is merely the beginning of the GMO Internet story