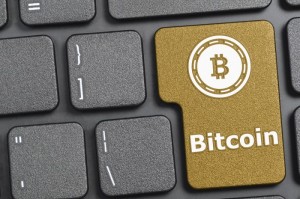 In the year when several crucial topics related to BitCoin will be endlessly debated, including the issue of the block size, the underlining question about its user base has not changed from the beginning of this digital currency. Today, it remains essentially the same: when will the same cryptocurrency find its way to a broader user base?

In the last couple of years, the BitCoin startup scene flourished while many new organizations, teams, and individuals began to develop their ideas. But, the same level of growth was not translated into a larger number of regular end users who signed up for their digital wallets and began using BTC. Even though several times before was BitCoin labeled as the next big thing for the ordinary citizens who want a different kind of currency, the boom in user numbers has not occurred so far.

Now, a new research project aimed at the current users and possible future ones tried to find answers on how people perceive BitCoin. The results are exceedingly interesting.

Using BitCoin without Understanding it

The study that was carried out by a team at Rutgers University discovered that non-users and users alike regularly possess an array of misconceptions about BitCoin’s functionality, usability, and anonymity. The study suggests that many new potential users were put off by the cryptocurrency by its perceived level of complexity.

At the same time, paradoxically, regular users, even those who often use BitCoin to bet online, carried a poor understanding of the digital currency’s mechanism of work. They often showed a tendency to greatly overestimate the level of privacy it provides, which points more towards a type of wishful thinking that the actual understanding of the facts.

As one of the key elements which allowed BitCoin to spread among those who taught that regular online transactions violate privacy rights, the digital currency’s privacy protection really is powerful. But, it is not as powerful as the people in the study clearly want it to be.

The research was lead Janne Lindqvist, who works at the university’s electrical and computer engineering department as an assistant professor. The main goal of the process was to understand why so many people who would clearly benefit from the use of BitCoin fail to adapt it.

The research included 20 subjects, split equally into users and non-user groups. All of the participants were 18 years old or over and all of them were permanent residents of the United States. The subjects were recruited using online sources like Reddit and non-users were acquired locally. During the course of the research, Lindquist’s team sought to understand their opinions and knowledge regarding the digital currency.

Once the research began, the team tried to acquire data on the user’s BitCoin experience. In this phase, they asked technical questions about BTC and the way users dealt with them. Finally, they quizzed the subjects on other relevant information, including investment activity, privacy and security, regulation and their overall knowledge of other traditional payment systems.

Here, the especially puzzling idea was that using BTC as a payment method grants a wide range of individuals a lot of freedom and possibility of choices. With this advanced financial management, users gain to benefit both directly with bigger savings on things like transactions, but also indirectly, because of the BitCoin’s ability to get the job done in less time than its traditional counterparts.

The research also desired to produce a set of data that will help developers in education and informing both new and potential BitCoin users about their product. This part of the research is also important because many companies are so focused on their development that they often completely disregard the communication with the potential clients.

In this aspect, the user experience is a lot of times the last thing on the developer’s agenda. Additionally, when their representatives get a chance to pitch their idea, the language, and terminology they use often remains very hard to follow for ordinary people who want to get into BitCoin.

A Lack of Knowledge

The data generated by the research showed that out of 10 subjects who did not use BitCoin, almost half never even heard about the digital currency, while the rest knew about it, but based their knowledge on the data they attained through social networks and mass media. Possibly because of this, most of the non-user group saw Bitcoin as “foreign” and complicated from a technical standpoint.

They also showed a low level of comprehension of the BitCoin’s mechanism and protocols on the side of the cryptocurrency regular users. Here, their grasp of the topics like defining terms and components, the mining process and other areas was very low.

According to Lindqvist, a lot of BitCoin users provided descriptions of the main network protocol that was inaccurate and lacking in coherency. But, this did not stop or hinder anyone of them from selling, buying or trading both goods and services using various online resources.

These users also held a belief that BitCoin was faster than other electronic methods of payments, which was not true either. Their stances on BitCoin included a widespread opinion that it was safer because it did not leak information about the user during transactions, which no currency transaction possesses in any shape and form (the same would amount to a malicious attack coming from a third-person party, not regular practice).

In reality, BitCoin provides a high level of anonymity, but not to the degree of which these users perceive it.

The Essential Findings of the Study

The most important findings can be split into groups related to non-users and users of BitCoin. Non-users claimed that they cannot use BitCoin because they lack the technical knowledge, even though they do not need it for making transactions. On the other hand, those who did use BitCoin did not have a lot of technical knowledge and did not properly understood how the essential mechanisms worked.

Users also believed that BitCoin provided a superior level of privacy control and security, even though they were not able to back up this claim with evidence. Interestingly, both groups converged in their opinions on what an ideal system for online payments should possess.

The Guidelines for Future Education

The study created a set of ideas about what could be done to elevate the awareness of BitCoin in the general population, not just early adopters, E-Sports enthusiasts and other who are already close to any form of emerging technology. The team from Rutgers believes that a classification of user needs should be established, along with clear guidelines for each category.

This process should be additionally enforced through news articles and online tutorials that cover broader aspects of BitCoin use. This way, the BitCoin network could become more accessible to the global population.