Opinion The Lightning Network and the Case for Bitcoin Use 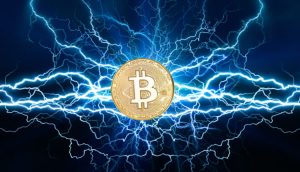 The previous week saw over 150 individuals using bitcoin to purchase pizza. This information is coming from Fold, a crypto payment startup that started up its web-based portal for Domino’s pizza on Wednesday and allowed users to make purchases through the lightning network. Will Reeves, the Fold product lead developers stated that the company wanted to make bitcoin fun once again and illustrate that the network is ready for the mainstream.

The news is not just a ploy to grab headlines and eyeballs, but a demonstration of a tech that is able to do much more than it is currently doing. For many, the lightning network is one of the most important developments on the blockchain network and something that might define where bitcoin goes next. It is also a good showcase of what is already possible with a system even many in the cryptocurrency ecosystem still see as something in its infancy.

A Ready to Go Network

The Fold web app team is ready to integrate the network into all of the shopping options in the six months. These include Whole Foods, Starbucks, Target, Dunkin Donuts, Uber and Target. In other words, a range of end-consumer companies used by dozens of millions on a daily basis. These are not the startup’s clients, so its task will be to create a bridge between the companies and the users crypto funds.

These should be converted seamlessly, so that a customer order, for example, a Dunkin Donuts product paid using a fraction of one BTC but the actual company payment is provided in fiat. Of course, it remains to be seen how the company will attain its revenue model when the lightning network procedures are out of beta. But currently, there is no indication that the process of defining a method of attaining revenue will be a big problem for the company.

In the case of the Domino’s purchase, the average value of a single order was about $25. The average lightning payment is below $5 so this process was able to take the network to a higher value of payments for the first time in its operational history. The entire network is also set for a new record high when it comes to the volume of transactions.

The previous week saw over 26,500 payments on its channels and these facilitate a sum of $2.4 million. This is an increase of almost 40 percent when compared to the month before. The company stated that these activities came from every state in the US.

Not just that, but the activity was also evenly spread across the US territory. As the integration with the lightning network is completed, the company will begin work on its mobile versions and set out to create apps for both the iOS and Android markets. The startup, which only includes seven people is currently in the process of fundraising and it is looking to diversify its offerings to retail brands.

Fold is currently serving about 1,500 monthly users and facilitating about 35,000 bitcoin transactions. The first version of the app appeared in 2014 and up to this point, the project was mostly bootstrapped and funded by a small seed round that was obtained from Boost VC. In its future, the company sees the possibility of partnering up with other crypto wallet startups and attain direct integrations.

This should help the main problem of the lightning network which is the setup of the wallet. This often ends up a big problem for ordinary users who struggle to find a way to easily use the BTC-enabled wallets. This is seen by the fact that Fold sees a conversion rate of just around 10 percent when it comes to the bulk of their orders.

This is the reason why the company believes that the lightning ecosystem needs not just great products but also great educational options that can teach people what to do to start using this ability. This is not a big surprise being that many first adopter-type users, like those engaged in coding, esports, and other tech-savvy activities still find it hard to get a lightning network.

Fold is not the only lightning-based app that is making headway. Recently, Koala Studio launched its lightning-powered game of chess where users can set up wagers using small amounts of BTC. At the same time, users of the lightning network completed over 3,536 tasks and jobs using the BTC-based LND Work freelance platform. Cash App is planning to integrate the network at some future point. All this shows that the lightning network is alive and well not just on its current level but when it comes to the growth potential in the future.

This means that what was once a distant dream – finding a way to unburden the main bitcoin network from small transactions and use an adjacent system to handle these. Now, slowly, the concept has gained traction and what was once just an idea is already in place. The influx of users is the thing that is needed now for the network to take its activity to the next level.

Many bitcoin holders, especially those who attained their funds in recent years, belong more or less to the group of hold-no-matter-what users. They see bitcoin, regardless of what amount they possess, as something that is crucial for their crypto portfolio. Most are aiming for the possibility of selling these when the price once again soars sky high and where even a modest BTC stash could result in a big payout in USD or some other fiat currency.

The lightning network presents the case for the other type of users who want to employ the BTC they have as an actual currency, not a financial asset. The processing of payments that is quick and easy would be able to introduce more individuals to this ability and not rely on those who wish just to generate as many funds as they can and keep them until a big sell-off. With a rising number of small-level users, the potential not just of the lightning network but the entire bitcoin setup will surely grow as well.