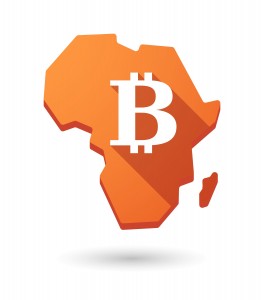 The African continent is a regular addition to business and financial news section, but mainly thanks to its geopolitical landscape and natural resources. However, far from the headlines, there is also a new narrative forming and changing the structure of the continent, especially its sub-Saharan countries. This factor is the fast growth of its young and vibrant markets, which are for the first time in history, able to make their own digital connections with the outside world that are, with some luck, missing the previously omnipresent “mediator” figure from the more developed nations.

The same figures spent much of the previous half of millennia taking away many economic opportunities that were present in other nations of the world and making Africa miss one chance after another. Now, tech allowed things like esports and social media to become global phenomena in one or two decades. Africa can change too, even those the overall geopolitical situation has not to change drastically in many ways, but when it comes to information technologies, it really is a new day for the continent.

Among other advancements, a recent addition to this array of tools is the potential of cryptocurrencies. Here, there is an option of central banks, including those in the continent, issuing their own digital currency, but also for the governments to allow the competition with privately held or open source digital currency. Here are some of the key aspects of that potential and the reasons why it could be a great aid to the overall development of the African economies.

For several years, arguably a decade when considering the launch of bitcoin, cryptocurrency as a concept has been steadily gaining traction. However, at the same time, a new narrative begins to emerge and it included the use of the same technology, but in a completely different mode of organization. Instead of completely open-source and decentralized cryptocurrencies, this involved the idea of central banks making their own very centralized digital currency.

In many ways, this pushback against the decentralized tokens has been a long-time characteristic of bitcoin just as much as the use of blockchain in the digital currency domain. In any of these discussions, there are two key points of debate and these represent fundamental issues about the use of the same tech. The first one is the control level of their network builder and the second is the freedom to choose.

But, aside from this, there are some clearly intrinsic values that are a continuous magnet for the consumers and these include the ability of cryptocurrencies to chase commerce and provide a form of insulation of value when the regular markets hit turbulent times. Some believe that these factors make central banks such a natural adversary to bitcoin or any other cryptocurrency – they are in the most basic form, a direct competitor to their established services.

It can be argued that the cryptocurrencies, in general, possess the same goal – to end the unfair monopolies held by national currencies and their central banks. Digital currencies that are privately issued come with risks but also some important advantages and among these is the ability to choose and switch between different crypto tokens. All competitions in the free market make them more efficient and once the competition is taken out of the equation, the resource wasting follows, which then leads to the suffering of the customers.

After all, they have nowhere else to go and nothing to use except theoretical mediums of trade – it is hard to order anything online using a gold reserve that is physically present in a person’s pocket. With cryptocurrencies, the ability to do just the same is growing constantly and offers no monopoly. In the case of African nations, the same factor could be very important for building the foundation that would allow their respective economies to grow across the board and not just for the very wealthy.

The Reserve Bank of Zimbabwe or RBZ became active in activities that were defined as quasi-fiscal. This took place between 2004 and 2008 when the bank ran expenditure activities in parallel which ultimately led to hyperinflation and the collapse of the national currency, the Zimbabwe dollar. All public confidence was lost in the banking system and institutions in general, with many questioning the very purpose of the RBZ. This is why the action to bring a surrogate currency to life in 2016 was met with an outcry, with many seeing the activity as an attempt to bring back the ZIM dollar.

Back then, many citizens did not realize they could switch to cryptocurrencies and use them instead. But, the use of cryptocurrency in 2016 would have been a great decision by anyone who went for it, even with the huge capacity for volatility. In its wildest swings, BTC was still always a better choice than the ZIM dollar.

There are plenty of those on the international scene who would advise any central government in Africa to steer clear of any possibility of working with crypto, both in-house issues or privately held. However, there is a lot of duplicity in those who are technologically advanced and rich telling those who are not to avoid a particular tool. Africa is ripe with an unfair share of national currency issues, spanning from Mozambique to Zimbabwe.

The central banks of these nations often fail to perform up to the standards of even mediocre international companies in Europe or North America. But, at the same time, cryptocurrencies are there and they offer an alternative. This does not include just the option of using them for remittance purposes.

Cryptocurrencies should be allowed to compete with national fiat currencies while the African nations resisted the potential Venezuelan model and the petro example – a nation can issue its own digital token, but not at the expense of banning anyone else from using anything else. New tech is able to change lives for the better – the industrial revolutions are a permanent testament to that idea. Now, life-changing tech is here and African government would be wise to allow it to enter the financial competition in their countries.