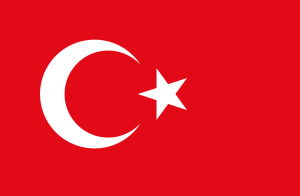 Turkey, as one of the geopolitical and economic powerhouses of both the Middle East and the Mediterranean region, is working on its version of a digital token issued by its central bank. This is only the latest in a line of nations that have recently decided to either revealed its work on a centralized digital token or took up the task of speeding the same development up.

In the case of Turkey, this token would function in broadly similar principles as all of the others. It would be stablecoin that the country’s central bank issues as a form of digital representation of its fiat currency. Like always, it is hard to assess the current state of development or the moment it would actually appear on the market. But, when it comes to Ankara and the country’s government, it is a simpler matter of figuring out what would such development represent in a financial and political sense in the same region.

Turkey’s government unveiled an economic road map that last week that covered a huge range of issues. It covers a period of four years, starting with this year and ending with 2023. Among the issues mentioned are several instances of blockchain. These include even a bid to build a digital currency by the central bank using blockchain tech. The Eleventh Development Plan is the name of the document was then submitted to the Turkish Parliament.

The purpose of the plan is not just to develop the local economy but to safeguard the development of the previous 20 years. Here, the government claims that blockchain-based money built and operated by a central bank will be implemented in this period. There are also detailed descriptions of the tech infrastructure and legal framework that is needed for this concept to be successful.

Besides money, the road map showcases the use of blockchain as a means of improving customs and transport capabilities in the country. Furthermore, there is additional space given to the Internet of Things, which is listed along with connected devices and artificial intelligence. It can, according to the road map, provide numerous enhancement to public services, even though the role of blockchain has not been defined in that scenario.

On the centralized cryptocurrency, not many details are known, but the concept of a national digital asset dubbed Turkcoin, there have been some discussions at least since early 2018. Reports from that time showcase the idea that came from a lawmaker called Ahmet Kenan Tanrikulu.

He was the Nationalist Movement Party deputy chair and worked as the Industry Minister before that. However, plenty of time has passed since then and the country has also moved from the political setup of the previous decade. Right now, it is an open question if there would be enough political will to undertake such a venture and would the government even try.

Those who believe that currently, the government would not be interested in anything remotely similar to cryptocurrency point to a recent event in its central bank. Just days ago, the country’s president Recep Tayyip Erdogan decided to fire the governor of the central bank Murat Cetinkaya.

The president said that the central bank needed to provide a greater degree of support for the Turkish economy. Here as well, the road map shows elements related to the crucial level of economic development. For example, the government is supporting the idea of the Regulatory Experiment Area that would make financial improvement easier. It is also in support of an Association of Payment Services and Electronic Money Institutions as well as the Istanbul Finance and Technology Base.

The city, which already has a strong startup and tech scene, covering anything from small developers to esport companies, would get further bonuses and perks for any company that wants to work in this domain. But, the first piece of information here is the most important one.

The firing of a governor of the central bank shows that the president and its ruling party are not happy with the performances of the same institution. This opens the door to the bigger issue of the Turkish economy and how this relates to the possibility of a centralized digital coin.

Like much of the developing world, the Turkish economy reached a plateau when it comes to its macroeconomic growth. Right now, the economy is struggling to keep up with the tempo it had in the early 2010s. Since then, it can under a barrage of different hardships, starting with the incredibly destructive civil war inside of its southern neighbor, Syria.

But there are additional fault lines that appeared in the previously monolithic structure of one of the fastest growing economies of both Europe and the Middle East. As it often happens in Turkish politics, the fault lines slowly found their way into politics and the balance of power. For the first time in many years, the hold to power of Recep Tayyip Erdogan seems to be weighing.

On the local elections, after a vote and a repeat vote, his party lost Istanbul. This is highly indicative and a preview of the first serious contest for his party ever since the early 2000s. The economy in the country is losing steam and the voters are considering a change.

In theory, a centralized token would be able to help Turkey’s economic outlook. Like bitcoin and other cryptocurrencies, it would be able to help immeasurably with remittance and thus aid those in the country getting money from the big diaspora abroad. The influx of funds would also help on the macroeconomic level, along with other benefits.

But, as Erdogan showed recently, now is the time for the central bank to support his vision of most likely quick fixes that would ensure his party’s chances in the general elections. As this takes place, a chance for something like a digital coin getting the resources for its development are really low or even bordering on impossible.