Opinion The Position of Bitcoin in the Cuban Economy and Society 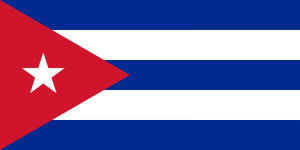 Cuba is a Caribbean nation that is usually in a very on-off media space. During political crises and other problematic international moments, the eyes of the world are absolutely fixed on the same nation. These periods usually include constant coverage by global news media, an assistant with endless analysis of the wider experience of Cuban citizens. The same is then usually skewed by the US inherent bias towards the anti-establishment elements in the country which see the communist state as the manifestation of all that is evil in the world. This applies to the present situation as well, even though years have passed since the death of Fidel Castro, the architect of that dominion of evil for many anti-communist emigres in places like Florida.

Yet, at other moments, when there is no flashpoint crisis between the island nation and its bigger northern neighbor, the news about Cuba might be as rare and sparse as those from any other island or country in the region. However, the communist nation is by no means just another island in this part of the globe.

Instead, it is a complex and in many ways insanely successful society, which is at the same time plagued with really big failures and growing issues. It is no wonder that in this day and age, such a combination has a big space for cryptocurrencies to appears, especially bitcoin as the biggest one of the bunch. Here is some insight into how bitcoin and its BTC token fit into the contemporary Cuban society and its economy, as well as what might be its future in the years to come.

Still, his channel is monetized, which means that he does get USD funds from YouTube ads. In this complex setup, bitcoin is just one of the tools he uses to take the same USD earnings located in a foreign bank account and transform it into a means that allows him to pay his rent in Cuba or buy groceries there. Usually, across the world, it is coders and programmers, working on a freelance basis, who are the main users of bitcoin as a means of borderless money. Now, however, content creators like Curz are a part of a rising demographic that is doing the exact same thing and he is no anomaly in Cuba because he does the same.

The channel that Cruz runs is one that is revolving around technology. He managed to become monetized using YouTube standards for this process back in November 2019. A few months ago, he began using bitcoin to move the same money around, inspired by the experiences of his friends in Cuba.

Now, he believes that he is just one of many others who are learning about bitcoin and starting to use it in everyday procedures. Expectedly, the local tech, esports, and similar communities are leading the way, but it is by no means the only one. Apparently, thousands of locals are purchasing Bitrefill cards and are spending the funds from those digital services in their surroundings.

Like in many other nations, it is nearly impossible to accurately estimate how many Cubans are actually using bitcoin. One exchange reported that since late 2019, around 7,000 accounts based in Cuba used their services. However, by August 2020, the same exchange abruptly stopped working within the nation because of regulatory and legal reasons. These include the role of the Central Bank of Cuba. But, the reality of 2020 is forcing people into creative solutions more than ever before.

While it is accurate to say that no resident of Cuba in the last 60 years was a stranger to improvisation, the present global COVID-19 coronavirus pandemic is upping the ante on that concept. In light of these changes and challenges, cryptocurrencies appear to be an effective solution. This is why some estimates point to an active bitcoin user base of over 50,000 Cubans out of a population of about 11.3 million. Even though this also demands help from friends and relatives in the US – the sanction that the country has imposed on Cuba does not allow for any direct interactions – the setup seems to be working fine. In the demanding environment of this Caribbean nation, that is the first signal to the population to continue with the same setup.

Nothing that is happening in Cuba is unique to that nation alone. Instead, it is a growing trend that is fast spreading across Latin America. Crypto adoption was once seen as an anomaly of Venezuela, which was seen as open to cryptocurrencies because of exceedingly complicated political and economic situations that simply warrants any different solution.

Now, however, the same situation could be seen in almost all nations in the part of the world. From regular freelancers to even YouTube influencers and small businesses, more and more people are using cryptocurrencies, not as a means of monetary speculation and fast profit-making. Instead, they are employing it as an alternative to the traditional financial system which so clearly failed them.

In the case of Cuba, that failure is located on both sides of the divide between it and the US. There, despite the relatively strong central government, numerous individuals are going for the cryptocurrency solution because, in many ways, they are the only solution. The question is how and when will the government choose to recognize this process. But, even if Havana chooses to ignore cryptocurrencies completely – like any other nation, it cannot actually persecute them – the citizens will continue with their use in their daily lives.