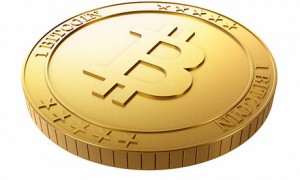 Less than two years ago, BitCoin was under serious pressure after several cyber-attacks managed to threaten its integrity and also undermined the user confidence in this cryptocurrency. Before that, the coin value steadily rose month after month, finally peaking at well over $1000 near the end of 2013. But, after that high period, the digital currency went into a steady decline, finally settling below $300 at the beginning of 2015.

Now, less than 12 months later, the value of the BitCoin is once again rising as the year comes to a close. While many investors and BitCoin users are watching the developments, all are trying to figure out what is driving the latest influx of capital into the digital currency and what can that mean for the upcoming period. Here are some of the facts about the current growth, but also the explanations behind the BitCoin value ebb and flow that marked the year so far.

A New Expansion of BitCoin Value

In December 2015, BitCoin analysts were surprised to see that after the currency reached $360, which many saw as a current high, BitCoin once again pushed through its previous price and got over the $400 mark, which is a territory that was not visited since November 2014. The climb continued all the way into $425, but then the price settled at $385, all in a short period of time. At the same time, the difference between the American and the Chinese BitCoin exchange increased to over $20.

The movement of the currency quickly became a topic of debate. Some analysts, like Jack Liu, who works for OKCoin, believe that the key driving force behind this process it the desire of the speculators from mainland China to move their valuable assets to a new and safer ground following the fallout from the stock market tremors.

When it comes to China, the key issue is the repeated devaluing of the Juan that took place in the country during the second part of 2015. These events proved to be huge news for the entire financial world, so it is no surprise they had their impact on the BitCoin as well.

At the same time, it appears that Chinese financial players perceive BitCoin as a valid source for their investments, even if it should only act as a buffer zone to shield them from the possible new local crashes caused by the changes in the national currency.

But, others fear that a possible MMM Ponzi scheme could be unraveling in the BitCoin domain. During the middle part October 2015, BTCC, a big Chinese exchange presented a warning in which it was highlighted that investments are offered to certain individuals that were not fully legitimate. Other exchanges expressed their doubts that the new-found interests of all newcomer investors were genuine when it comes to the core BitCoin ideals.

But, they also clearly said that they are not able to turn down any investment as long it is supported by the legal framework. All of the Chinese exchanges, which are most likely the main factor behind the process of driving up the BitCoin value, seem to agree that the reason for the new investment drive into the cryptocurrency might hold different purposes, possibly illegal ones as well. But, the investments are all valid from a technical and legal standpoint, while they are also in compliance with all the industry guidelines.

The mentioned MMM organization represents an organization that ran the biggest Ponzi scheme in the last decade of the 20th century, in which anywhere between 5 and 40 million people worldwide lost over $40 billion. Now, it is feared the a similar scheme is taking place and using BitCoin as a transferring currency and those involved in it present the process as a system of “donations”.

Basically, the users who sign up right now have to buy BitCoin and give it to those who signed up before them. Essentially, this would qualify as a classical pay-per-older-investor system which is illegal in many countries all over the globe. But, aside from a possible issue when it comes to investors who might be using BitCoin for a wider Ponzi scheme, there are other answers to the growth of BitCoin value.

During the last quarter of 2015, it appears that consumer confidence in BitCoin continued to grow. In October, UK Treasury deemed the currency a low threat to money laundering and terrorism-related activities, which is a significant step because it distances the cryptocurrency from its unfair but still widespread reputation.

At the same time, a huge increase in investment in the BitCoin domain is also driving more and more people to explore this domain. This is an important factor because the investments are diverse and cover everything from blockchain systems to the specialized retail applications developed exclusively for end users.

Many investors, like the Winklevoss brothers, who already achieved a legendary status in the venture capital domain, entered the game and their presence on the BitCoin scene adds legitimacy to it. In fact, the venture capital scene that is growing around BitCoin is becoming so potent that many founders are providing advice for new entrepreneurs, showing that the ecosystem is churning out veterans as young hopefuls enter the cryptocurrency marketplace.

Naturally, ordinary users are also fast developing their BitCoin practices. Currently, an increasing number of users are utilizing BitCoin to place online bets, while populations of early adopters, like the individuals who love gaming and E-Sports, are spearheading this process and allowing new generations to grow up knowing that cryptocurrencies are a commonplace phenomenon.

As more and more of these young individuals enters the financial fold as adults, BitCoin is sure to blossom further in the years to come.

The Health of the BitCoin Value

There is no doubt that the recent spike in BitCoin value is fuelled by something other than the natural growth that comes from all those who are determined to see this cryptocurrency succeed. But, while this unknown influence must be included into the evaluation of the growth of the BitCoin value, there are more than enough facts pointing to the fact that the real BitCoin ecosystem is gaining in strength and potential.

This expansion will most likely go on in the months to come. As far as those potentially undesirable factors are concerned, the BitCoin system clearly showed that it can overcome any negative impacts and not only survive them but continue to thrive.