Opinion The Potential of Facebook Libra inside of UN Programs 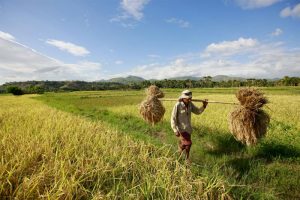 The post-announcement period for Facebook’s cryptocurrency was anything but welcoming. In the weeks after it confirms what many knew already, the social media giant attain an incredible amount of flack. The same came from all conceivable sources, covering governments, financial institutions but also the general public. The intensity of the same backlash has been both immediate and in some cases, even growing over this short time period.

While it is always hard to tell what gears are turning either in the company’s CEO Mark Zuckerberg or in any of its individual departments, it seems that this was not expected. Additionally, the Libra Association appears to be stuck in a similar problem and also has not enough ideas on how to move on from this barrage of negative publicity. What makes the whole setup worse is the fact that only the announcement came and nothing more.

Yet, it still managed to galvanize individuals and organizations on an unprecedented scale, even when compared to the expected levels of backlash that Facebook came across in recent years. However, now it seems that the company and the association managed to find a potential user case that would be hard for anyone to simply brush off – the United Nations.

The head of the main Libra body outside of the Facebook development team, the Libra association stated that the cryptocurrency could be very useful to the United Nations. The same statement was made at the UN event in the Libra Association facility in Geneva. Here, Bertrand Perez, the managing director of the association stated that the digital currency could be helpful to the biggest intergovernmental organization. Here, Libra could aid the sustainable development goals of SDGs. The way to do this would be to achieve gender equality and gradually lowering poverty.

This stems from the theoretical potential of the cryptocurrency to alleviate many of the problems in developing or underdeveloped nations where traditional banking in its current form is either inaccessible or partially there. Ironically, the ability of Libra tokens would be basically identical to the usefulness of bitcoin and other presently working cryptocurrencies. Here, however, the vested interests related to Libra coin are fully aware that the Facebook company, in spite of its many PR problems, has something other cryptocurrency lack – institutional validity.

By the virtue of coming from a major social media company, Libra might not be liked by many, but none are discussing its validity in the general financial environment. In the case of bitcoin, which is used for anything between online BTC betting to attaining loans, the quest for the same validity is ongoing and apparently forever an uphill battle. Libra, on the other hand, is planned as a form of stablecoin. It should be backed by a range of fiat currencies, as well as government bonds. This would mean that its value is going to be pegged to these currencies and bonds, unlike the open market cryptocurrencies like BTC or ETH.

The Libra token should be launched in the second part of 2020, as it was initially reported. However, since then, Mark Zuckerberg moved away from that date to a degree. Instead of confirming it, he suggested that the timeline for the cryptocurrency is not set in stone. It could be argued that the company is worried not just about the technical aspects of the project, but its PR standing and any potential regulatory backlash it could come across in the different regions of the world.

In the speech, aside from making the connection between UN project and Libra, Perez also mentioned the conecarns that regulators might see the token as a problem for the national monetary policy. He underlined that Facebook is not aiming to create money with Libra. It is understandable why Libra Association is concerned with these issues.

Recently, France, more precisely its Finance Minister, stated that the nation would block Libra not just in the country but also in the entire EU because it has the potential to threaten monetary sovereignty. Worryingly, Germany stated similar concerns, which means that Libra already managed to alienate two of the main EU financial powerhouses.

Yet, there is plenty of resistance in other parts of the world, including the home of the company, the US. Perez again underlined that the company is not implementing or developing any kind of monetary policy. So far, this is not doing anything in particular for quelling fears of the individual nations, especially in the light of the Facebook’s problems with its Terms of Service, like the Cambridge Analytica case perfectly demonstrated.

Blockchain and the United Nations

With its pitch to the UN, the Libra Association is playing a very particular strategy that is by no means new. For years, the potential of blockchain has been underlined as one of the key tools for alleviating poverty. In the modern world, over the previous decade,it was demonstrated that money is there for the poor citizens of the globe, but not the means to distribute it. Even physical goods go through a multitude of problems before they reach any particular area.

Money is many times more problematic because of misuse, corruption and the simple lack of financial infrastructure that can disperse it inside of any population in need. Blockchain could do this marvelous, at least in theory. In the 21st century, one of the biggest changes for the poor population is access to smartphones and limited internet. This means that with a simple blockchain app – Libra is pitching itself here – anyone anywhere could get money directly and then use it for their local goods and services. While this technology is supporting things like esports and social media activity, here it could be life-saving.

The UN is definitely not unaware of the same potential, but their odds are not high that it would simply take on Libra as the same mechanism. A much more likely possibility would be to develop on their own and possibly use the Facebook expertise, but not to reach for a plug and play solution. Still, it is the job of the Libre Association to try things like this and take away at least some PR pressure from the project.