Industry News The Relationship between BitCoin and Energy Consumption 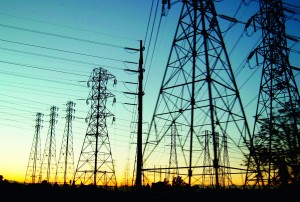 Often, when people come across a more detailed explanation on how BitCoin works, many jump to the conclusion that its heavy use of electricity, dictated by the constantly increasing need for computation potential, needlessly drains the wider power supply. More importantly, some critics of the BitCoin system have declared that the entire process of computation is, from a perspective of the global society in which these take place, completely useless while it utilizes real energy that could be employed elsewhere.

In fact, the issue became so prominent that global news network began exploring it during the summer of 2015. In this period, a range of different datasets was produced, including a statement of Allied Control, a computer cooling company, claiming that the whole BitCoin network is using between 250 and 500 Megawatts (MW) of power.

For comparison, the smallest nuclear power plant in the US is Fort Calhoun which has the output of 479 megawatts (MW). In other words, even using very conservative estimates, there is no doubt that the BitCoin network utilizes a substantial amount of electrical power.

But, does this make it a drain on the global resources? No, it does not, and here are some of the essential facts that disprove this idea.

Most critics begin their attack on BitCoin’s power consumption with the idea that the computations produced by individual computers in the peer-2-peer network of the digital currency are completely wasted and even useless. In reality, the same line of thinking actually shows a complete lack of understanding how BitCoin actually works. As Andreas Antonopoulos, a recognized BitCoin expert explained during a lecture, the same computations are the very basis of the same cryptocurrency and it could not function without them.

Inside the workings of the network, electricity means computations, which mean a process of verification of each transaction that takes place. BitCoin operates on a decentralized ledger, distributed across the entire network of users.

Taking out these computations, which are very heavy on the processing power, means that anyone who audits the same ledger and creates a new block is a lot less trustworthy. The same would then mean that the bar for entering to BitCoin mining domain would become substantially lower and require a lot less effort in both terms of time and money needed to begin operating.

This would end up as being a practically free access to mining for anyone. In turn, thanks to almost no investment or effort needed to get into BitCoin mining, the value of the same cryptocurrency would plummet. Even worse, many would try to bend or break the rules, not having anything to lose if they are caught.

Hashing Computations as a Way of Validating the Network

So-called hashing computations represent the computer processes on which the majority of the power consumption is being used for. According to the Antonopoulos, BitCoin utilizes electrical power to underline the security aspects of the digital currency where an economic system is created in which entry means incurring costs. At the same time, these costs are taken up by miners because of the expectation and the possibility of a reward, resulting in mined blocks that are created on the principle of shared standards.

Simply put, electricity is being used in a form of a much greater CAPTCHA system that is a gate which separates all those who want to create new blocks by mining from the actual BitCoin network. Antonopoulos explains that this results in a process where the miners spend money on mining blocks, but if they provide a fair and by-the-book service, they will get their money back, along with a potential for a varied amount of profit.

Cheating and not spending any money is impossible in the system because anyone will still need to use power to get access to the network. On the other hand, cheating while spending money is an unfavorable scenario, based on the underlining game theory principles that are also employed by the basic BitCoin algorithm.

The game theory represents a study of models based on mathematics which predict the interplay of conflict and cooperation between rational parties that are involved in making decisions in a shared environment. Its essentials are embedded in the way BitCoin functions, providing an ecosystem where a conflict of any kind, including cheating, is a pathway that will subsequently damage the cheating party, making the same option simply an illogical choice.

The power supply needed to enter the system is the way that BitCoin enforces the same ecosystem and makes it safe for all other participants. In this setup, the interests of the miners are aligned with the interest of the broader network, including the end users, while electricity is there to validate the pre-determined rules.

In other words, the hashing computations used for this purpose make the entire network into a relevant financial model that is more and more proving to be as effective as traditional currencies. The computations are there not only to represent a fictitious need of the network but are the process that can be seen as a public good – a process of computation that validates transactions in the blockchain.

The End Use Impact

The blockchains in the BitCoin network do utilize a substantial amount of computing power, and with them, electrical power as well. But, they are far from useless and the same process is the actual motor that drives user activity, especially for those users who are not miners. In the expanding ecosystem of BitCoin, these represent the biggest percentage of all users, and their numbers are constantly growing. Today, these users utilize BitCoin for a huge range of things, including online betting with the same cryptocurrency.

A few years back, many end users of BitCoin were also miners, when the hashing computations demanded a lot less power consumption. In this group of people, who were primarily interested in IT technology, E-Sports, P2P networks and similar phenomenon, the modest power consumption simply was not a huge issue.

Today, when over 5.2 million digital wallets exist in the world, it is clear that the user base expanded significantly. While this means more power consumption, it also means a healthier user environment, especially when it is considered that it is built on a very robust framework of constant computing validation.

While this validation does utilize power, it provides an immeasurable service to all BitCoin users.