Opinion The Role of BitCoin in Social Video Gaming 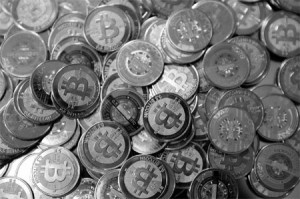 Some years back, at the beginning of the 21st century, the overall revenue of the global video game industry surpassed that of the movie industry. Just a decade earlier, in the late 80’s, there was the notion that the video gaming niche, than in its apparently mature phase that includes arcade machines, personal computers, hand-held devices and first generation consoles, finally peaked.

A lot of analysts believed that the market for video games in any form was limited to young males in the developed continues, which meant that it would stay roughly the same forever, expanding only with the tempo of the population growth. In the 1990’s, the same idea remained more or less valid, even though advancement in both hardware and software meant that games and gaming platforms became more powerful.

But, the biggest boost so far the gaming industry came from two separate quarters of the IT industry. First was the expansion of the mobile devices in the form of smartphones. Before, plenty of people had mobile phones, but their hardware potential meant that only the very basic games could be played. Smartphones raised that bar a lot higher, eventually settling at a level where games could be run in a full 3D environment.

The other came in the form of social media, especially Facebook, which quickly developed its own platform for gaming. At first, the games included only the classic variations of social games, like card games or simple puzzles, but this soon began to evolve to more and more complex releases.

Then, for the first time, multiplayer games could become casual. Before Facebook, multiplayer was only interesting to a small fraction inside of the gaming community, or the same types of people who created E-Sports. Using Facebook’s mechanism of social interactions, the game became a lot friendlier to users who are not the traditional games.

Through this fusion of social media and mobile devices, gaming scene expanded more than anyone could have predicted. Today, at hundreds of millions of people play some form of a game on a regular basis and the pool of players only grows bigger and bigger.

In this lucrative environment, BitCoin has an especially interesting window of opportunity that could bring this digital currency to the very front of the next evolutionary step in gaming.

BitCoin is no stranger to online betting, especially because of the fact that it makes it simple and secure for those who use it. But, in the future, it is not hard to imagine a social-based game which also utilized BitCoin, but in a slightly different manner. Here, users would be paid out when they achieve their goal (whatever that goal might be in the game), while when they lose, they lose/pay nothing.

This might seem like a gaming utopia, but the same model was developed and defined several years ago. The model uses the power of social-based games when it comes to advertising, where millions of players of a single game can bring in huge revenues on a daily basis and uses it as a sort of stock system where the players of the game not only get it for free but are also provided dividends if they play regularly.

The same notion was almost unfeasible with traditional currencies because the sums would need to be very low for the majority of the players. But, when BitCoin comes into play, especially its Satoshi variation (a single Satoshi is 0.00000001 of a BitCoin) this alternative is not unimaginable anymore. While some small-scale concepts for this already exist, a large release could be a lot more relevant.

An Example of a Hypothetical Game

For example, it is possible to imagine an MOBA (Multiplayer online battle arena) game where the players who are on the winning team get a prize in BitCoin, or more precisely, in Satoshis. On the first tier of competition, the winners would be provided with 1 Satoshi. Then, when they attain their place in the next tier, their prize for a winning match would be 4 Satoshi and so on. Of course, when they lose, they lose nothing, nor do they have to wager anything to start a match.

The incentive of this type of model could be irresistible to millions of players if for nothing else than for its novelty factor. The ability to generate money by playing a game is not something new, but to do it in this manner, where no demands or conditions are bestowed on the players, would be a definite game-changer (pun intended).

This system would provide any imaginable social-based game with unparalleled levels of both retention and engagement, the holy grails of social gaming.

On the other hand means that a game would be able to pay out its players regularly and effectively using BitCoin network, without the need for a big administrative body that would take care of payouts and transactions. Instead, the payouts would be instantaneous and automatic.

The thing that would fuel the entire system is the revenue generated by the advertisement. Here, the basic rules of targeted advertising, like the one Facebook utilizes, would be used as well. With a huge base of users, the ability to generate new wallets in large quantities would be present as well. As the money is made, part of it is immediately returned to the game’s own BitCoin wallet, where it continues the cycle of payouts in a seamless manner.

Aside from making the owners of these platforms very rich and by making the player feel as if every game they play is a chance to earn money, this system would benefit the whole of the BitCoin community.

For every first Satoshi that is paid out to a user, a new digital wallet would be registered. This would entail a rise in the number of BitCoin users, even if most of the players of this type of game never manage to earn anything close to a single BTC.

In other words, the social-based game that would pay out its players in BTC without looking for anything in return. The same would also end up being a huge boost for the BitCoin network. Even if the first wave of media coverage is disregarded (and it would be substantial) the subsequent growth of the game’s user base is exceedingly likely. With it, a large stream of new users of BitCoin would be produced each and every day.

This makes the notion of combining BitCoin with a socially driven video game something that venture capital investors and developers should take seriously. There is no doubt that whoever presents this system the first would reap a large reward, even if in the long run, the system ends up being less popular than needed to sustain itself.