Opinion The State of Bitcoin after the Global Lockdown is Lifted 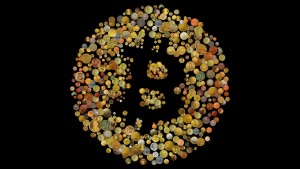 In the present day and age, it might seem that everyone is focusing on the immediate future. In the current pandemic, many believe that most factors related to the biology of the novel coronavirus are known. These include the variation in its reproductive number, severity, demographics it targets with the hardest COVID-19 symptoms, and so forth. Furthermore, it has been more than a month since practically all nations in the world that have infections decided to take on the measure of shutting down.

Besides a few examples like South Korea and Sweden, most other countries decided to take drastic social distancing measures that included grinding down the economy to only the very basic processes and services. However, as the lockdown nears its second month straight in many European and North American countries, plans are slowly underway to end it.

As this planning and examination phase takes place, businesses and other organizations are trying to figure out how to approach their return to normal operations. The same goes for bitcoin as well. Even though it is not a unified entity, many in the crypto ecosystem are wondering whether the reopening phase of the global fight attains the coronavirus pandemic will have more benefits or drawbacks for the world’s biggest cryptocurrency.

The biggest element of the coronavirus pandemic and the subsequent shutdown is the fact that it brought about economic devastation. In a space of a single month, unemployment in the USA, for example, went over any previous record and easily beat that since the Great Depression. Other countries have similar bleak measurements of the actual impact the shutdown has – for the first time in modern history, the super-connected global economy simply stopped as almost everyone went home for weeks.

This impacted the consumer spending patterns, but also global supply lines, business setups, and practically anything remotely related to the economy. Everything will feel this change, from esports, entertainment, and the IT sector to the food production and heavy industries. The world of finance is no different and things like the US fiscal stimulus and the checks ordinary citizens received did not change the landscape in any big manner.

All of the problems remain the same even if the governments pump money into their populations and industries. For many, the associations to the 2008 financial crisis are clear, while others acknowledge this but only as a reference point – chances are that this environment will be something more similar to the long-term crisis from the 1930s. However, today, unlike in 2008 and 80 years before, there is another element on the financial stage and those are cryptocurrencies.

For now, the cryptocurrencies, mainly bitcoin, have continued to be truthful to their overall nature – they remain volatile and exhibit behavior that is hard to either correlate or explain. First, one of the big hits on the global economy and stock markets from mid-March pulled the bitcoin price down as if it was another traditional tradable asset. This was the much-celebrated moment in the circle of financial commentators who maintained all along that cryptocurrencies were a scam and then when it became clear they were not, that they were paper tigers.

As the squeeze of the financial meltdown took place, the price of bitcoin and other crypto tokens behaved just like any other regular financial asset. This mostly shattered the idea of BTC being digital gold. Because of this, many were ready to state that this was the start of the slow and gradual decline of cryptocurrencies as any kind of global and major financial force. While the fall was not linear, the downward spiral was more than apparent.

However, in a surprising reversal, bitcoin recently bounced back and did so in an astronomical rise over a matter of hours. Presently, it is close to recovering fully from the initial fall, all the while the S&P 500 is still nowhere near anything like a recovery. Once again, the bitcoin movement was spurred on through a combo of good news about fiscal stimulus but also elements that are next to unknowable.

Like always, there is plenty of discussion about what these might be, but no one can tell for sure even if they are still in play. Here, the halving is the most obvious influence and explanation for the rise in price. However, the notorious volatility shows that its influence is both a blessing and a curse, but more importantly, it is showing that it is still there, despite the completely unprecedented circumstances in which the world finds itself.

With the rebound, is there any chance of bitcoin becoming a winner thanks to the pandemic and everything it brought and will bring in this year? The chances of that are still infinitely small because the troubles that the bitcoin and crypto community face are much bigger for this leap to mainstream to occur, even with the positive pressures of the crisis. As the billionaire Mark Cuban put it plainly, the problem with the cryptocurrencies is that they are simply too complicated.

Just explaining how the bitcoin network works is a great way to turn someone interested in it away quickly and effectively. No amount of outside pressure can change the same issue for the crypto domain instead of internal and gradual improvements aimed towards the most tech-uniformed users. In 2020, they will be just as prevalent as they always were and the economic crisis will not transform them into either blockchain fans or those who understand its minute elements.

Yet, year after year, it is the bitcoin community that fails to make any organized and mass movements towards a solution to this problem. This year, it is likely that the internal differences remain just as prevalent, with some advocating that crypto should never be a tool for the masses. That is why creating any kind of unified front on the issue of mass adoption must come before any openings that the traditional financial system offers to the cryptocurrencies. Presently, it appears that nothing of that kind is in the cards for 2020.