Industry News The US and the EU Regulatory stance on Cryptocurrencies 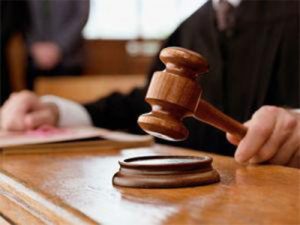 The situation on both sides of the Atlantic is not a cheerful one with the start of 2019. In the US, the government shutdown is forcing employees numbering almost a million to work for no paycheck. When they do return to full work, there will be a backlog of cases and many additional tasks that will shock the process for months in agencies like the SEC (Securities and Exchange Commission).

In Europe, a storm is brewing and only gaining in intensity. The EU is a fragmented union and the fallout from the moment when the Article 50 is triggered are not just unclear, they are in a political and economic black hole and its gravitational pull is on the rise. One thing remains clear – in the hallway of power in Brussels just as those in London, very few are trying to convince themselves or anyone else they have things under control.

Many would be quick to determine that the state of crypto regulation is abysmal in both regions and this would not be far from the truth. However, there are still some big factors on this issue that are still developing, as well as some interesting and not that intuitive facts about the crypto asset regulation ongoing in both locations.

The Comprehension of Cryptocurrency Tokens

Even though the EU and US have many similarities in their market regulation approaches, the way they deal with the crypto asset regulation is quite different. In the US, the SEC is trying to figure out the big picture and work on creating rules that will impact the entire sector, as well as pass judgment and hand out any punitive fines once the rules are set in place. Some of them already are, so in 2018, SEC undertook 18 different token-related actions while the same number in 2017 has been just five.

In Europe, the regulators seem to be more dedicated to working out the bigger picture of the crypto markets. This includes thinking about the structure of the decision making process and what should be its key elements. That is why the EU is forming its committees and recommendations are flying left and right, while preparations are being made for extensive deliberation. While this should be at least, in theory, good news because of the thorough approach, in reality, the picture is quite different.

For many, the process seems to be more about a perpetual thinking action that never ends while no actual movements in the legislative and regulatory domains are being made. Recently, both the ESMA (European Securities and Markets Authority) and the European Banking Authority called for crypto rules that would reach out to every EU nation. But, the actual decisions and basic regulation are still nowhere to be seen.

The ties that the cryptocurrency concept has to the movie industry are abundant, but in this case, there are even some striking parallels in the metaphorical representation of these two approaches. Like the difference in the cinematography, the US is going for the blockbusters while the EU is trying to make European indie movies. The US is all about brute force and doing things now, while Europe is working on covering all angles and because of that, staying still when it should be moving.

However, the differences go far beyond this and reach into the very fabric of the structures that need to make them. With all of them, ironically, there is still one strong connecting element – both sides are struggling to find a solution for the crypto regulatory dilemma, just like South Korea and many other major economies that just cannot place bitcoin or other cryptocurrencies in their existing legal and financial framework.

Things become even more complicated when the history of regional lawmaking is taken into consideration. In the case of Europe, its laws go all the way back to Napoleonic code that is also known as civil law where everything is regulated using pre-defined law or a special administrative decision. A rigid set of rules is applied to cover all possible vectors and make the law as utilitarian as possible.

The US law system is based on the so-called common law where judges have a bigger say in a decision making process that is a more case-by-case basis that is usually but not all of the time based on older rulings. Additionally, the EU is comprised of nation states that are sovereign and have their own legal systems were getting anything one is very hard and usually very slow.

In the US, the ties between the states and the federal level of decision/-making are more simple. Here, a long history of the application of federal laws through the Supreme Court decision is the main mechanism of making sure that all of the top-level decisions are applied to individual states.

In the US, the case-by-case approach could, in theory, allow some big changes to occur in particular spots that would then serve as a president for future ventures in the similar industry (this case, crypto). In the EU, the huge and top-down system could allow the entire industry on the main entrance if the regulative elements are defined and set in motion.

This is why both regions have their benefits and their drawbacks when it comes to regulating cryptocurrencies. Unlike the purely digital nature of the cryptocurrencies that they share with social media, esports, and many other domains, they also have a regulatory aspect to it that needs to be resolved on both shores of the Atlantic.

So far, the progress was slow but that is a lot better than no progress at all. There are some structural obstacles that make intentions come in front of many blockades when it comes to the EU, while the US offered a fractured system where things could go great or not at all. Yet, there is one more important factor – the first of these two that does create a solid cryptocurrency regulation will pull the other player in the same direction in a very short time period.