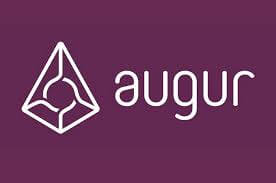 In the modern day and age, the domain of politics and entertainment have apparently fused together into a solid block, at least in the US. With the Midterm elections being underway to determine who controls the House and the Senate, the drama around the process has reached fever pitch.

Naturally, the same has a lot to do with the presence of the US President Donald Trump and his standing in the media and public consciousness before these elections and after they have passed. As a divisive figure, there is no wonder that many individuals on both sides of the divide are taking the elections extremely seriously.

However, at the same time, there is a platform that works on the blockchain principle and it is currently able to capitalize big time on the same election drive. The platform is called Augur and it has managed to break its own records thanks to the upcoming elections and their results, as seen by their users. The same is not just important for this particular company, but also for the whole field of crypto decentralized betting and its potential to become a growing field of digital entertainment, similar to esports and other digitally-native ventures.

Augur is a decentralized betting platform that was designed and built on the ethereum network. It was launched in July of 2018 as a way of providing users the ability to bet on anything, thanks to the cryptocurrency and blockchain back end that allows the same. Yet, its first months showed little promise of growth and development, mainly thanks to its ineffective user experience and an overall drop in the user number of decentralized apps. But, as the Tuesday’s elections in the US started to approach, so did the money start pouring into Augur.

Now, its internal market called “Which party will control the House after 2018 U.S. Midterm Election?” managed to attain over 3,500 ether tokens or almost 730,000 at the time of the writing. The same data was provided by Predictions.Global, which is a website that is offering its users the ability to search across the Augur markets – these stand for the individual betting opportunities usually made by the users themselves.

The same market has now managed to overcome “Will price of Ethereum exceeds $500 at the end of 2018?”. The same was seen as the most popular by a wide margin, having over $500,000 in ether tokens staked at this moment. The midterms market also possesses the highest level of liquidity, which is currently over 250 ether. The rush of funds into the same market has boosted the total amount of money on the Augur markets to over $2 million. Right now, the most popular market is giving the Democrats a 66 chance of taking the House.

A Rise in Popularity

While the spike related to the elections is clear, it is also a part of the wider upward momentum that the platform acquired once its UI has stopped turning off potential users. During the month of October, the platform daily user numbers have been between 19 and 56, while the record for the biggest daily user number remains Augur’s opening when 256 users were present.

Analysts are also pointing out that the expansion of markets into different verticals, instead of, for example, the ether price market pulling all the money and bets into itself, shows that the platform is going in the right direction needed for growth. What is even more promising is the fact that the biggest market right now is not related to cryptocurrency prices and their derivatives. This means that the users are being to enter into the platform’s ecosystem and that they are not all coming from the crypto world.

Chance for the Casino Industry

The success of Augur is not certain or defined, but it does provide a clear insight that the service of decentralized betting is something that can get people interested. More importantly, it can get even those who are not fully engaged in some crypto field to the same service.

This offers an invaluable chance for any casino that has any kind of a presence, both local and online. Setting up one such service would be a relatively minor process for a large-scale casino. Smaller businesses could also manage to set up such platform or even use the ones provided by companies like Augur. In any case, any betting business would be able to reach out to someone who can provide them access to the decentralized market.

From there, the service would become a part of the casino offer and would be available to anyone who is interested in wagering on whatever they like. While it would be too soon to claim that the same service could bring in an incredible amount of money for its operators, the truth is that it would be able to generate a profit. With little to no upkeep, any decentralized betting provider would need to pay off the initial investment in such a platform and watch the profits come rolling in.

Decentralized betting in closely related to things like using bitcoin in online casinos – currently, the main barriers are simply the fear of some type of regulatory backlash. There is no purpose in denying that the same is a relevant worry, it is still not easy to say that it should replace all types of development in this field.

Cryptocurrency and using blockchain-based platforms mean higher efficiency, fewer costs, and completely new and innovative services. For any casino, all of these factors are exceedingly important and combined, they most definitely make an impact on the bottom line of a business.

Currently, there is a clear insight into how a single event like the US Midterm elections can boost a structure like Augur. The same type of event will be happening all of the time, no matter what the actual event might be. Providing a structure that would allow individuals to make wagers in this type is clearly a big market opportunity and now the only question is who and how will reap the rewards of being in it from the start.