Opinion The Use of Unlicensed Names in Cryptocurrency Ventures 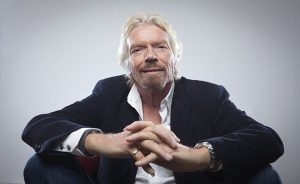 The problem of using recognizable names in crypto business ventures is not new. Ever since the age of ICOs began, many started using and abusing names with the purpose of fooling potential investors.

In fact, it could be argued that crypto ventures had this problem embedded in them ever since the bitcoin network went online in 2009. However, today, the issue has spiraled way pass any level of community misunderstandings about who started using what name.

In fact, recently, one of the biggest names in business had to step out into the public and officially distance himself from all ventures that are using his IP. The problem, in spite of direct actions like this one, will only likely continue to grow in the coming months, so what can the crypto community, as well as the public, do about it?

The mentioned name belongs to the UK’s business tycoon Richard Branson. Recently, he spoke about a huge number of news stories related to bitcoin that used his name, while being completely false. He said that he has written on a number of occasions to warn people about the problem of online fake news stories. All of them have been linking Branson to scams and schemes in the crypto space, but also fake endorsements, misleading ads, and ventures in the binary trading domain.

He said that he has often commented about bitcoin potential when it comes to genuine developments, he has never endorsed any of these individual bitcoin ventures. The same is true for any other cryptocurrency business opportunity being connected to his name.

The businessman is a very logical choice for the scammers. With decades in the public arena and over 400 companies he created or funded, including Virgin Atlantic airline, he is a superstar in the business field. At the same time, he has not been negative about the cryptocurrency phenomena and has spoken about it often during industry events. All of this is the ideal combo for the fake news machine – mixing in a bit of the truth (Branson being open to crypto) with the fraudulent punchline (Branson directly endorsing a crypto venture).

Abusing famous names is an issue, but also one that has a limited reach. After all, companies from the developed world, especially China, have been using an array of brand names that sound similar to their Western counterparts.

Yet, with the crypto ventures, the problem lies in the fact that mainstream media sometimes also bits the fake news hook, line, and sinker. Or, they fail to act on their own branding being missused. Branson noted one such example in his recent statement and it came from one of the biggest news media companies in the world.

The scam was called Bitcoin Trader and its site posted an article from CNN Tech which had its logo and formatting. A headline featuring Branson is present along with a CNN writer attributed to the piece. Yet, CNN did not take down the article directly, but the writer himself had to ask Facebook to stop promoting the piece.

The site still holds the same article and the new media company is not trying to do anything about it. Here, these companies should have to be the first to defend their image and brand, but the reality is that there are so many of these things going on, either for financial or political reasons, that there is no keeping up.

On Twitter, probably the most relevant social media for crypto ventures, the same problem is further enhanced by fake accounts belonging to scammers. Crucial members of the development community like Vitalik Buterin have numerous fake accounts. Investors, especially the famous ones like John Mcafee are also frequent targets by these identity imposters.

All of them run some kind of a financial scheme that is trying to lure people by using the famous names of the real-life figures. In this case, Branson believes that it is the role of the social media platforms to better police their ecosystems. According to him, they must be more proactive in the first place and stop them from ever gaining momentum.

Yet, the chances of this happening are not high in the conceivable future. Most likely, some kind of AI/machine learning method will be devised to check the user’s ID. The reason for this is that human overview simply is not possible from a technical standpoint – the number of new accounts and posts is growing unstoppable and even an army of people would struggle to keep up with their evaluations.

As with almost all internal issues in the crypto community, all of its members have to contribute to stopping this identity problem from further spiraling out. This would ideally include some type of internal body that is tasked with following and refuting any spam process and scam claims that are related to cryptocurrency.

The same organization would also seek connections between famous individuals and recheck if they are valid. Recently, a slate of celebrities did support many ICOs but these very official ties and sponsorships. A much larger number of individuals, like Branson, are connected with ventures completely illegally.

The community must be willing to call out these ventures immediately once they confirm that the connection is fraudulent. In fact, a list of the same ventures should be publicly available for all to see. With this, the same scam processes can be stopped a lot sooner and before they gain steam to do much damage.

At the same time, it has to be accepted that the new reality is that of fake news. As digital manipulation of audio and video footage becomes more advanced, the world will soon see people like Branson in podcasts and YouTube videos giving their blessings to a crypto venture. The tech, like that of the next-gen eSports, VR chat rooms, and similar things, is already here.

That is why this type of manipulation will be commonplace. That is why every individual has to be ready to assess any claim on their own. Otherwise, no amount of screening in the digital currency community will be enough to stop these scam ventures from stealing money from gullible investors.