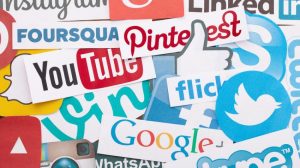 Facebook has been through some rough times in a previous couple of weeks. The heat has been so scorching that even its CEO and founder Mark Zuckerberg felt a lot of it in the public discourse.

The problems began with the Cambridge Analytica and its role in the 2016 elections that saw Donald Trump win the presidency. In the ensuing scandal, it was revealed that this company used Facebook data unlawfully and on the behalf of a political group.

This led to a range of problem for Facebook as well and also put a bit of light on the biggest custodian of personal data in the developed world. The result was a big fall of the Facebook stock price and a general souring of its relationship with the user base.

At the same time, a more relevant question is left lingering in many people. How is it possible that Facebook, which connects people using messages online and at the same time harvests its data, is also valued so highly? In fact, while the 20 biggest cryptocurrencies have a value of around $1 billion, Facebook’s projected price is valued at over $500 billion. What is wrong with this setup?

A Bubble and an Overheated Asset

The price tag of Facebook seems hard to fathom, especially in relations to the value of all those big cryptocurrencies. Every day, millions are using BTC and other digital currencies to bet online, raise capital, invest and support different ventures using nothing more than these cryptocurrencies.

Yet, Facebook is still around 500 times more valuable. WeChat, the communication app that is exceedingly popular in China is also valued at $500 million. Snapchat, which is one of the struggling digital communication platforms, is at a point where its future might be stopped short. Still, it is valued at $20 billion, still those times bigger than the rest of the crypto space.

Today, many are quick to say that cryptocurrencies cannot sustain their price growth over a protracted period of time. They believe that digital currencies cannot attain the market cap over a certain point because of rational reasons.

However, the same reasons fall short when they are applied to things like dominant social media. Being that cryptocurrencies and these messaging platforms both use a specialized tech that applies to human interactions, why would not their assessment of value be in the same parameters.

Another point of contention is the idea of the multitude of cryptocurrencies. For the critics, there is no need for all of them and a handful if not a single one would do the same. Why have a complete cacophony of voices when a single digital currency would inhabit the entire space.

This question can be raised with social media and similar platforms. Why have so many of them if people are basically looking for the same things? In case of these juggernauts, this might be a moot point – they are also competing for the very similar marketplace. However, no one is trying to tell the social media companies to stop their expansion and development.

There are no calls in the mass discourse for everyone to use a single social media or communication platform. Their ecosystem keeps growing and flourishing while the prices of these platforms keep rising up. This contradictory argument is the reason why so many cryptocurrency analysts noted that the assessment of the social media company value seems completely or partially unaware of the real state of the outside world.

Can Facebook really be worth $500 billion? Practically, no. However, in the murky world of price assessment, this was shown to be more than possible time and time again. That is why for Facebook but also for different others platforms, the price kept going north.

A person might believe that the world needs only a single digital currency. But, when they reach out to their phone and see what app they use, an identical problem arises. SMS, Signal, Telegram, Slack, Skype, Whatsapp, and Viber – all of them offer basically the same functionality. They do provide slightly different technology and features, but at least 70% of them are identical in their abilities.

Yet, the difference is what allows them to have their own markets. WeChat would be great to talk with someone in Asia. Snapchat is good for sending pictures while Google Hangouts works well in a conjunction with some other Google service like Docs. Other communication apps could be an addition to eSports while something different would provide some other benefits.

There will never be a dominant social media communication tool that takes away the competition. The same goes for communication apps – no single app can rule over all others.

An identical concept is valid for digital currencies. Some work well with one aspect while others do better at something different. There is a place for all of them, even under the onslaught of altcoins that comes and goes without ever really having a vision of what they want to achieve with their digital currency.

Value and its Basic Concept

Many have pointed out regularly that the idea of monetary value is very connected to the concept of perception. A national currency is good because a government supports it. Even when the value slides like it did after the 2008 crash, the majority of individuals did not think about replacing the US dollar.

The same is valid now when the identical mentality is applied to bitcoin or any other cryptocurrency. It seems to be made out of thin air. It has no government backing. All of this points to the fact that it is not valuable.

But then, when the minds of people who think like this are confronted with the fact that cryptocurrencies are valuable, they come to a simple conclusion – it is a scam. Or it is a bubble. In any case, it is completely unnatural to have the same growth. Now, hopefully, the Facebook debacle will start shedding light on the double standards that exsits in global tech and finance.