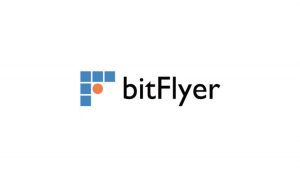 Japan is a country that is readily associated with all forms of innovative technology but also a huge willingness of a substantial chunk of its population to become first adopters. This has been seen with social media, eSports, mobile internet and many other things. The same trend has now been going strong for more than half a century and with the rise of the broadband online age, it has only gotten stronger.

With this in mind, is somewhat odd that Japan is not the nation in the Far East that is firstly connected to bitcoin. This title goes to its regional neighbor China and in many ways, at least from the public perspective, Japan seems to be lagging behind in this domain. Of course, there are plenty of individuals with digital wallets who use bitcoin to bet online, purchase goods and services, or even invest. When the development scene is examined, however, it looks like there is not much movement.

But now, there seems to be some good news coming from the land of the rising sun when it comes to the bitcoin community. Currently, the most prominent news to come out of Japan this year, the biggest BTC exchange in Japan by volume announced it has begun its new round of investment. Interestingly, two of the investors are big names in the Japanese banking sector. Here is some more information on the deal and why could it be telling for the future changes in the Japanese bitcoin community.

The exchange in question is the Bitflyer, a company based in Tokyo. Thanks to its daily volume which it continues to support for some time, it has become one of the dominant hubs of the bitcoin community in the country. Naturally, the same results allowed it to end up on the radar of many other successful actors in the Japanese financial sector.

Now, the exchange is gathering money for new development and it comes in the form of a fresh financing round. This time, companies like the Dai-ichi Life Insurance have invested money, but another pair of investors is a lot more important.

Including Sumitomo Mitsui and Mizuho Financial Group have also inputted funds and these companies come from the top echelon of the Japanese banking sector. According to the information from the local sources, the exchange managed to finish the funding round with about $1.8 million. While the sum is not mind-blowing, the investors, particularly Mizuho banking group, definitely are an important indicator of the movements on the Japanese bitcoin scene.

Mizuho Financial Group, Inc. which is more widely known under the abbreviated MHFG, is really a strong entity on the Japanese banking scene. With assets that surpass $1.6 trillion dollars, it is the second largest finance service group operating in the country. The Mizuho banking wing is the third in the nation and holds the 13th place globally as of 2016, which is an incredible background for a bitcoin investor.

While banks have before invested in blockchain in some form all across the globe, this is an investment that is targeted directly at a bitcoin operator. Both Mizuho and Sumitomo have worked with Bitflyer on private blockchains before this financing round, which obviously gave the banking companies a degree of trust in the exchange.

This round of funding had also begun in an interesting period when it comes to Japan’s bitcoin ecosystem. A national legislation is being slated to become acting law in June 2017 which will allow firms that are regulated to become part of the nation’s cryptocurrency and bitcoin markets.

Because of this, many startups in the blockchain industry will most likely welcome the investments of the current financial heavyweights in their services and future FinTech solutions. The opportunities for the big companies would be two-pronged. Firstly, they could attain direct profits from a successful blockchain company. Secondly, which is even more important, they could be able to attain solution that would be capable of immensely improving their business.

It is widely understood that the first established companies that attain these solutions and set them up in a stable manner would profit immeasurably. Because of this, Bitflyer will be expected to stay very competitive even in the post-June market. Now, with more than $35 million in funding so far, the company seems to be entering a period of smooth sailing no matter what.

The investment made by the big banks shows that while Japan does not have the same dynamic development community as the US, for example, it could very well be the first to reap the biggest benefits from it. A legislature that would open the doors between the new FinTech companies and the old and established behemoths of finance will certainly end up as a mighty coalition.

When this happens, the potential for growth in the same area could skyrocket and foreign startups would be free to move there as fast as they want. This could easily lead to a big migration of both companies and individuals to a new and more promising ecosystem for developers.

Here, any national competition is slim even when it is compared to the US, which has plenty of potential, but also a complex political circumstance and a very fragmented market with no singular national strategy. Even China, which has the needed centralization and efficiency to change laws quickly, has apparently moved towards bigger control and oversight of their local exchanges.

This will certainly slow down growth, even if it boosts security in the same system, which will be now policed by the state in some degree. Japan has already proven itself a master of taking technologies and developing them to a completely new and profitable level – cryptocurrencies fall perfectly into this category.

With a strong and big local market that is exceedingly connected internationally, supported by a friendly legislature, the bitcoin community could blossom in Japan. While 2017 should lay the foundation for this, moving fast in the next two years would prove crucial for the process that would either make or break the same potential.