Industry News Trump Adds a Bitcoin Supporter to his Cabinet 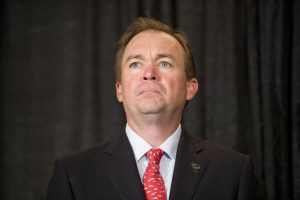 When it comes to bitcoin, the current year seems inexplicably linked to the US election. At the beginning of the election cycle, it seemed that the bitcoin would figure greatly in the process as the US lawmakers started accepting it as a means of a campaign contribution. After that, the news of TrumpCoin seemed to throw everyone all over the place as most experts could not agree on what their significance actually is.

But then, after Election Day, bitcoin was provided with an expected boost that was predicted in the case of a Trump victory. In the insecurity and the commotion in the markets, many like before started buying up bitcoin and trying to build a diversified portfolio that could weather the storm. Since then, the storm failed to materialize, but the state of BTC on the market is better that anyone would have expected for the end of 2016.

Now, with less than 10 days until the year is done, another interesting news relate to Trump came from the US which is very relevant to bitcoin – a republican politician who is a long-term and staunch BTC supporter was given a chance to join the president-elect future cabinet. His name is Mick Mulvaney and here is a breakdown of why he could be a big friend to the bitcoin community in the US, but also in the broader Western financial domain.

Mulvaney is a Republican who is by many considered a part of the conservative faction in the party. He comes from South Carolina and is seen as a supporter of bitcoin with a very long track record in this regard. Now, Trump has chosen him to be the man behind the Office of Management and Budget. According to the president-elect, Mulvaney will be able to make smart choices related to the US budget, provide an additional level of accountability to the same branch of the federal government and essentially renew the trust of the ordinary citizens in the way their tax dollars are being spent.

The statement is very much in the line with Trump’s overall approach to important questions, but when the financial bravado is disregarded, Mulvaney is still an interesting figure. In the beginning months of 2014, he said after a Small Business Committee hearing on bitcoin that the issue is not mainstream yet (at that point) but that the phenomena is of a great interest to the public that could potentially one day influence the US currency and the country’s overall monetary policy.

At that point, the choice of words and the direction in which the congressman’s ideas on digital currency seem to be heading sounded very promising to the bitcoin leaders. In 2014, BTC has been already in use as a means of purchasing service, betting online using bitcoin and doing many other things, but it was really far from the mainstream, as Mulvaney observed. But, his foresight turned out to be true in the modern world where bitcoin cannot be easily ignored by anyone, especially the US.

Aside from the rhetoric, Mulvaney seemed determined to apply his knowledge and sentiment in a more direct manner. He reached the history books by being the very first member of Congress who openly accepted bitcoin as a form of making donations. He also used BTC as a vector of political attack to question the conduct of Federal Reserve once it became clear that the digital currency is gaining popularity.

In this regard, the congressman demonstrated both the ability to foresee the coming future in the financial domain and use the same data to score political points in the present. While some might be turned off by this approach, its usability to Mulvaney is unquestionable.

At the same time, appreciation of digital currency usually comes with an awareness of personal needs, which is something that was always close to the core values of BTC. Mulvaney appears to fully grasp and accept this principle.

With this positive disposition towards bitcoin, it is no surprise that Mulvaney also believes that blockchain represents an important new technology. As he put it, the same tech has the potential to provide the US with a revolution in the financial services that could impact the economy and government services. Because of this, he was proud to lend his support to the same initiative.

Analysts used these and other statements to construct that Mulvaney essentially believed that the Federal Reserve devalued the dollar and made economic growth a lot more difficult. At the same time, the reason he appreciates bitcoin is the fact that it is not controlled by any formal government or some other political body.

From all available data, it looks like Mulvaney comes to the position with an understanding of bitcoin and blockchain, but also a readiness to apply the same knowledge. This could be a huge asset for the US bitcoin community, but also those who desire to expand their blockchain business or startup in the country.

A Cabinet of Bitcoin Supporters

The Trump administration comes with a range of individuals who support bitcoin in some shape or form. Peter Thiel, who is a supporter of this cryptocurrency and a direct investor in BitPay, is his advisor. Milo Yiannopoulos, a strong voice in the Breitbart News team whose key founder has been Trump’s chief strategist is also a bitcoiner. Interestingly, Yiannopoulos is also a strong eSports supporter, having a permanent posting on his team for this area. eSports has also been a tightly connected area with bitcoin.

All of these voices provide the Trump camp with a block that is certainly pro-bitcoin. However, it looks like many of them came to the cryptocurrency because of its libertarian atmosphere and anti-government sentiment that some connect it to. But, this line of reasoning is not all in the bitcoin community share, so the future of the same marriage is hard to be accurately predicted, similar to most things in the future Trump-lead US.

But, in spite of this, there is little doubt that Mick Mulvaney’s posting is welcomed news in the bitcoin community.