Opinion Trump Administration and the Future of Bitcoin in the US 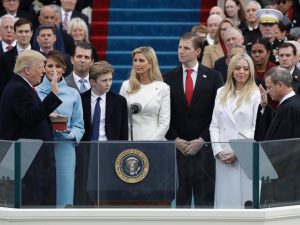 As the big day of the US presidential inauguration came and went, the nation and the world were once again reminded about the huge shift that happened in 2016 on the global political landscape. For the first time in history, an acting US president is a man who does not have any governing or legislative experience. Trump and his team have now moved into the White House, but still, a range of question remain related to almost all aspects of public policy, from the economy to foreign politics.

From the perspective of the bitcoin community, as well as any other digital currency, there are two main issues that are on everyone’s mind. The first one is related to the process of legislative recognition or regulation of the phenomena of digital currency. Already in 2017, countries like UAE have taken up initiatives that aim to regulate this domain, but use an ambiguous language and are very much open to interpretation.

Now, the possibility of a change in course from Barak Obama’s neutral and unengaged stance on bitcoin could be changed. The second issue comes with a more positive outlook and is connected with the chance of Trump new administration actually being friendly towards digital currency. Here, a chance for a brand new adoption and development push could occur inside of the biggest economy in the world.

As both questions remain in murky waters and may stay there for quite some time to come, here is an overview of potential developments based on current information on Trump administration plans and ambitions.

An Economy of Perception

One of the key messages during the election period that the Trump camp provided to its voters was the message of making America great again. This was particularly focused on the white working vote that constituted a population of ever shrinking monetary means. While a working-class family 40 years ago in the US could easily live from a single paycheck provided by one of its members, today the situation is very different.

While the paychecks have not gotten a lot smaller since that period, the availability of jobs did, which is why so many voters liked the Trump message. The same was particularly prominent in the states that were not located on one of the costs but lay inland. Here, the impact of the globalization of the workforce devastated what was once the industrial heartland of the most advanced manufacturing nation on the planet.

However, the problem with the idea of making America great again is that the same US who were in its pinnacle half a century ago simply cannot come back. The notion of factories booming across the landscape of America is hard to accept because, all pride aside, the market for these expensive, US-made product is no longer in existence. While a boost to domestic consumption could be foreseen using right fiscal policies and a government-run program of enticing consumers to buy American-made products, the rest of the world would be a different beast altogether.

Only the most frantic growth of local consumer base could hope to fulfill the needs of that resurging industry. But, on the long run, the US needs training partners abroad and no one desires to compensate buying power for the sake of buying only US goods. On the other hand, the evolved industry potential of the US, which reflect in things like the service domain is on a constant rise.

That is why the data showed a constant growth of job creation under Obama and the rising health of the overall macroeconomic outlook of the nation. However, the interior of the country was not proportionally affected by this switch from manufacturing to service domain. Now, as Trump and his team take to the office, will this most likely futile effort on reviving miniature in the US somehow impact the bitcoin ecosystem.

A Set of Friendly Officials

It is important to point out that from a perspective of previous statements, the Trump administration is the most cryptocurrency-friendly one to date. That is why the Trump presidency begins with a group of people who could, in theory, support the idea of advancing the state of bitcoin in the US, especially when it comes to its development.

After all, places like New York are already seen as development hubs that provide the home for many companies and startups working with some form of FinTech. With the support of the like-minded people from the Trump administration, the number of people who are actively using BTC for things like betting online, but also many other things could skyrocket in the US in the next four years.

But, this is all based on the best-case scenario. The truth remains that the base of supporters who voted for Trump most likely have nothing to do with digital currencies and this already pushes them to a position of low priority. It is difficult to consider that in the next couple of years this setup changes drastically in the US, or even minutely. Instead, it is realistic to expect that the development hubs will remain operational at a high level no matter what while most ordinary Trump supporters stay in the dark about digital currencies.

When all is considered, there is a high level of probability that the Trump administration will continue with the Obama’s approach to bitcoin and digital currency – until it causes huge issues, leave it be. While developers and users, many of who are into digital activities like eSports, social networking, and other first-adopter things, will not be impacted by the new US president, it is unrealistic to expect that he will offer his support to this field.

Instead, the government will continue experimenting with the blockchain for its needs, while at the same time it will turn a blind eye to bitcoin. This can be described as business as usual in the US when it comes to digital currency.

This way, there is a big chance that the US wills here as well become one of those countries that will miss out on the digital currency opportunity.