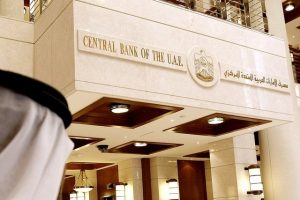 When it comes to the dynamic of the national regulatory agencies on one side and the bitcoin on the other, currently all eyes are on the PBOC (People’s Bank of China) and the way it plans to regulate the same domains. But, while the Chinese process is ongoing, there is a different financial power player that is going ahead with its regulatory push.

This player is the United Arab Emirates and it central bank which started moving decisively on this matter, even though it does this somewhat low-key. Now, the Central Bank of the United Arab Emirates has released a new set of regulation, beginning with 2017 which are designed to provide a regulatory base for the development of new digital ecosystems.

These systems are aimed at becoming a part of the current banking and financial infrastructure, but also become a part of the overall modernization that is taking place in the country. But, some elements of the regulatory framework seem to suggest that all “virtual currency” is prohibited in the Gulf country.

For some, the same news came as a form of a small shock, especially when it comes to mind that its cities like Dubai were widely seen as one of the potential development hubs for bitcoin. Now, it looks like the Central Bank of the UAE has some different ideas, along with the fact that a lot of the details of this regulation could be in the fine print.

After it has been published on 1st January 2017, the framework was quickly examined by experts and members of the bitcoin and blockchain community. The purpose of the framework was to be applied to firms and companies that offer deposits to payment accounts and withdrawals, credit card and debit card services (including both government and retail), along with remittance and P2P payments. But, at the same time, in the document was also a postulation that declared that all virtual currencies and their transactions are prohibited for the businesses that fall into the previously mentioned categories.

Also, the document defines virtual currencies as any type of digital unit that is actively used as a medium of exchange, a form of stored value or a unit of an account. These do not include things like loyalty points and similar products from a digital domain which still fail to be perceived as full currencies. The steps taken are not as drastic as the one taken by the People’s Bank of China or at least which are suspected on the part of the Chinese. But, the decision still blocks any PSPs (Payment service providers) operating in the UAE from conducting or handling any digital currency transition.

In this regard, the decision of the Central Bank of UAE is somewhat similar to the one taken by PBOC in 2013. But, there are many nuances that still paint a different picture when it comes to the actual enforcement of the same regulation.

Interpretation of the Framework

Those who use bitcoin in UAE either as end-users who purchase things, bet online with BTC and to similar everyday activities, or as developers from the BTC ecosystem, the framework could be a game changing event. In fact, a decision like this could easily close down a number of development companies and choke any potential new investment in the domain before it even arrives. The cities of the UAE would be most displeased if the same event would come to fruition.

Because of this, sources in the country and the region believe that the precise wording of the framework allows for flexible interpretations by the officials of the central bank. The same officials even now have open hands when it comes to the movement of money taking place inside of the country. Because of this, there are not clear ways of assessing how far-reaching will the decision be or what will be its results for the region.

Sally Sfeir-Tait, who is a Clyde & Co partner reacting to the news, said that the prohibition could be addressing either all vital currencies or just those stored in the electronic payments space. The same idea is echoed across the region because it recently showed a growing moment when it comes to the blockchain development, both in public and private domains. Here, Dubai is leading the way with its digitalization program that will affect a range of government services, moving them to a blockchain.

Aside from the broader public that was taken aback by this decision, expert seems to mostly believe it fits into the overall regulatory MO in the region. From this perspective, the move comes as a precautionary measure that would allow for a more defined monitoring of financial dealings to be developed.

This would mean that, while the governments are usually excited about the prospects that come with blockchain, they are less inclined to lose any level of control that usually comes with cryptocurrencies. Now, UAE is acting preemptively to assure they stay in control.

The bottom line mission of any central bank is to attain monetary and financial stability, which is why the move might at first appear to be so strict. But, the level of adherence could shift drastically once the oversight mechanisms are in place.

Impact on the Startups

Interestingly, because of the wording in the framework, most startups are excluded from any potential penalties. In other words, only specific types of companies are under the influence of the new PSPS licensing. For them, this is still a double-edged sword because while they are not under threat from regulators, they still remain in the dark when it comes to their legal status in the country.

Here, like with eSports and many other digital ventures, the ability of a country to dictate the rules inside of their own territory remains potent even though rarely enforced. Because of this, the UAE community of developers welcomes the news of more suitable regulation, but also desire to be placed under its umbrella of legal clarity.